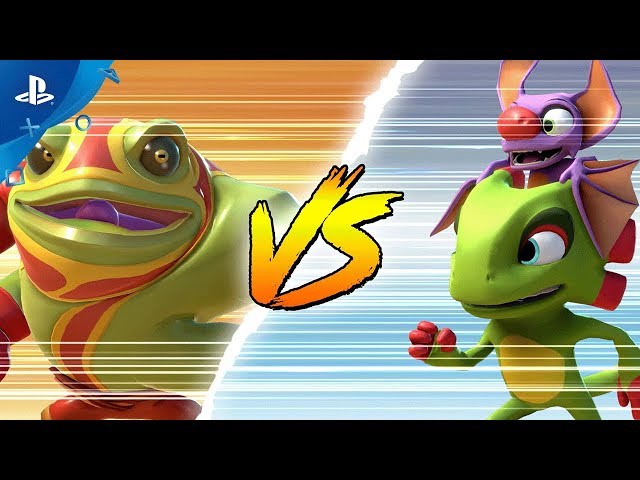 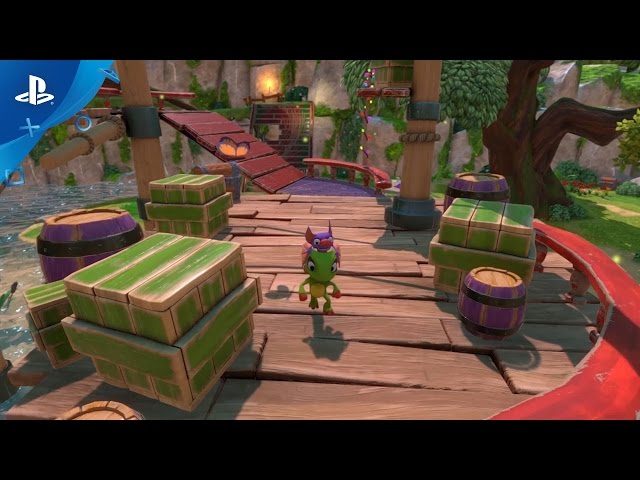 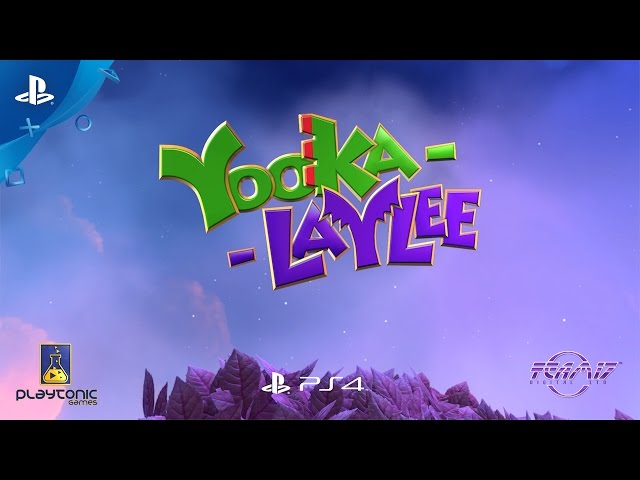 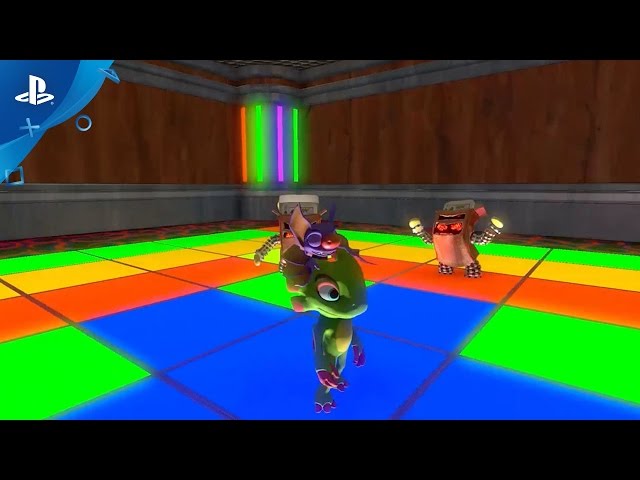 After their precious book, later revealed to be the magical "One Book", is sucked up by the evil Hivory Towers Corporation, Yooka and Laylee enter their headquarters to retrieve their property. Fighting their way through the vast company grounds and the levels they contain, they eventually manage to reassemble the book's lost pages. In a final fight against the CEO Capital B, they manage to defeat him and reclaim the One Book. Yooka and Laylee proceed to invite everyone from their grand adventure for a party at Shipwreck Creek, and Laylee decides to lock the book up in a safe so that it appreciates in value. During the credits, it is revealed that Hivory Towers is part of the bigger evil organization V.I.L.E., which still targets the book. Yooka-Laylee is a platform game played from a third-person perspective. The gameplay is similar to that of games in the Banjo-Kazooie series. The player controls two characters that work together to explore their environment, collect items, solve puzzles and defeat enemies. The playable characters are Yooka, a male chameleon, and Laylee, a female bat. During their adventures, Yooka and Laylee explore open worlds contained within magical books and complete challenges to collect "Pagies": golden book pages that act as the main currency in the game. Players can use their Pagies to either unlock new worlds or expand those which have already been unlocked.