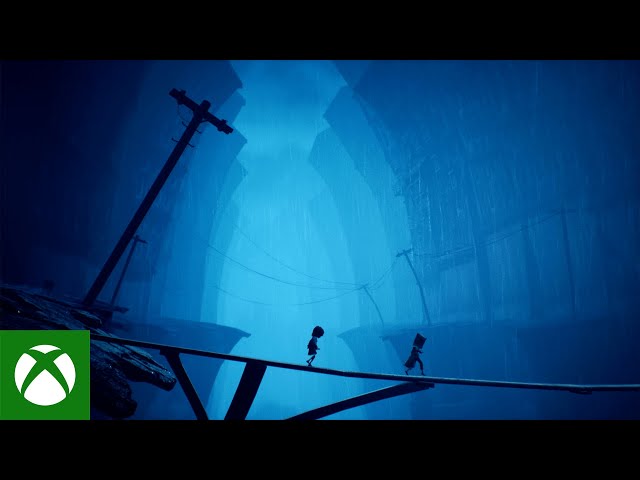 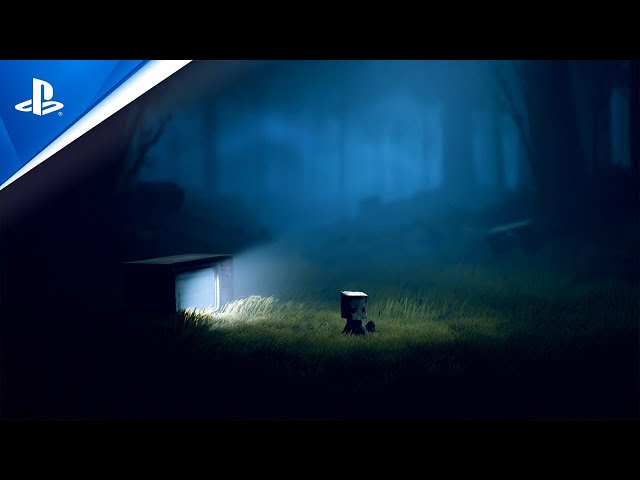 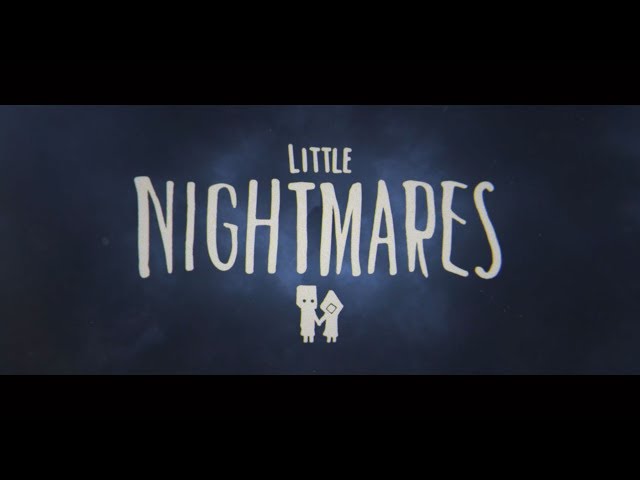 Little Nightmares II is similar to its predecessor; it takes place in a 2.5D world. The player must explore the world, occasionally encountering platformer-like situations or being blocked by puzzles that must be solved to proceed. Unlike the first game, the player is not completely helpless; Mono has the ability to grab certain items and swing them to break objects or to fight back against smaller foes, although he, like Six, must rely on stealth and the environment to evade larger foes. The player is also given the ability to call out to Six and hold her hand to make sure they stay together and must often work together with her to solve environmental puzzles and defeat or evade enemies. The game also features collectible hats and glitching remains, the latter of which will unlock an additional scene upon collecting them all.
Mono, a boy wearing a paper bag over his head, awakens from a dream of a door marked with an eye at the end of a long hallway. He journeys through the Wilderness and enters a decrepit shack. He frees Six, who is being held prisoner by the masked Hunter who lives there. The Hunter pursues the pair until he corners them in a shed and they kill him with a shotgun. Using a wooden door as a raft, Mono and Six drift across a body of water and wash up at the Pale City, which is shrouded by mist and rain and strewn with old television sets. Throughout the journey, Mono attempts to use these televisions as portals to enter the hallway from his dream. However, he is always pulled back out by Six before he can reach the door. He also encounters several ghostly, glitching remains of children, which he can absorb by touching them.
Mono and Six enter the School, where they are separated when Six is captured by the porcelain Bullies, the School's rabid students. Mono rescues Six from the Bullies, and they escape the long-necked Teacher. Outside the School, Six finds her yellow raincoat. The pair reach the Hospital, where they encounter the dismembered Patients, their detached living hands, and the bulbous Doctor who crawls on the ceilings. Mono lures the Doctor into an incinerator and may choose to kill him or leave him trapped inside. Mono and Six then exit into the heart of the Pale City. They spot the Signal Tower, which emits a pervasive Transmission that controls the city's inhabitants: the television-addicted Viewers, whose faces have been distorted from exposure to it. When Mono finally reaches the door through a television set, it opens to reveal the spectral Thin Man. After Mono is pulled out by Six, the Thin Man emerges from the television and captures Six, leaving behind a glitching shadow of her. Using various televisions as portals, Mono navigates the Pale City until Six's glitching remain leads him close to the Signal Tower, where he confronts the Thin Man. Discovering he has powers similar to the Thin Man's, Mono takes his bag off and battles and disintegrates him before pulling the Signal Tower towards himself.