Is there a trailer for FUSER? 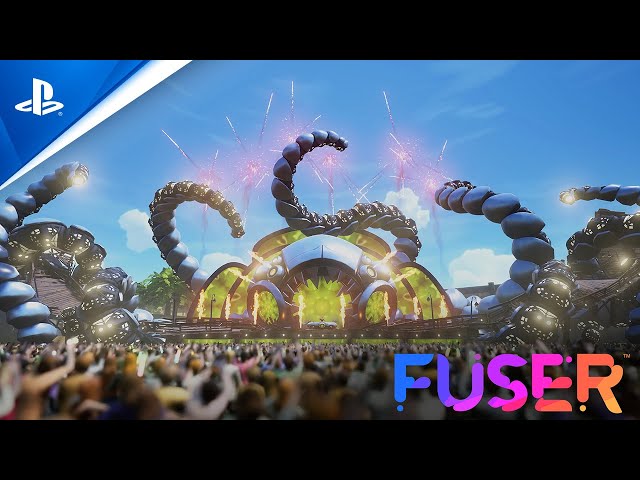 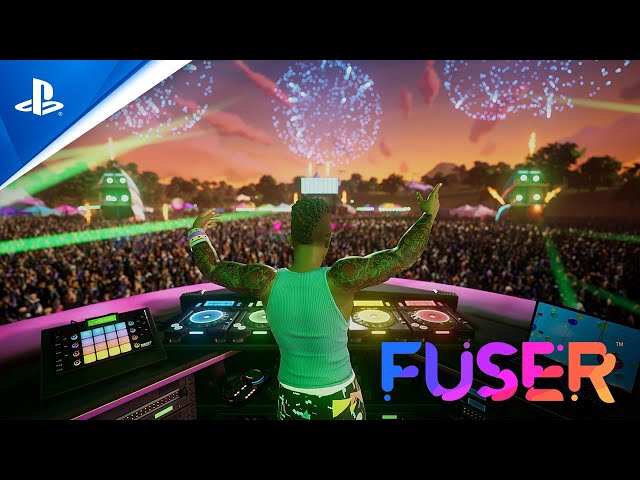 What are FUSER gameplay features?

In Fuser, the player takes the role of a DJ at a large concert. They have a virtual DJ table with four record players, and a list of records (their crate) along the top of the screen. Each record has four tracks keyed by color and related to a type of musical instrument such as drums, guitar or vocals. At any time, the player can place a record, then select a specific track from that record, and then place it on any of the record players. This adds that instrument's track to the current mix across all four records, automatically adjusting the mix's tempo and musical key. New records/tracks can be added to any record player, overriding the previous track in the mix. Additionally, each player can be cued up with a second instrument track, which can be then switched back and forth individually, or all four players can be changed to the new ones by a single drop or using a "riser" that transitions them over a short period. Audio filters can be used on each instrument, and the user has the ability to create various instrument loops via a multibutton synthesizer which then can be added as another instrument to the current mix. This concept is comparable to Harmonix' prior game DropMix, which was a physical card game incorporating NFC technology with an electronic game board and mobile app that was published through Hasbro.
The game has a single-player campaign featuring multiple sets across various venues. At each set, the player attempts to make mixes, scoring more points by adding new tracks either on the downbeat or at specific beats by each instrument where the track drops. Additionally, the virtual audience will throw out requests, such as for specific songs, songs from a specific genre, or a certain type of instrument. Completing these requests in a short amount of time scores additional points. The player is ranked on a five-star scale based on their total score during the set. To achieve a high score, the player has the opportunity to customize the contents of the crate to be as efficient as possible in switching between tracks.

When is FUSER game release date?

"FUSER" video game release date was scheduled to be on November 10, 2020 published by NCSoft.

What are FUSER game specifications?

FUSER is a single-player and multiplayer video game.

FUSER is available for the following platforms: Microsoft Windows, Nintendo Switch, PlayStation 4 and Xbox One.

More information on where to buy and download "FUSER" video game, also reviews of gameplay features and game requirements you can get on the following websites.

FUSER on Wikipedia is available at: