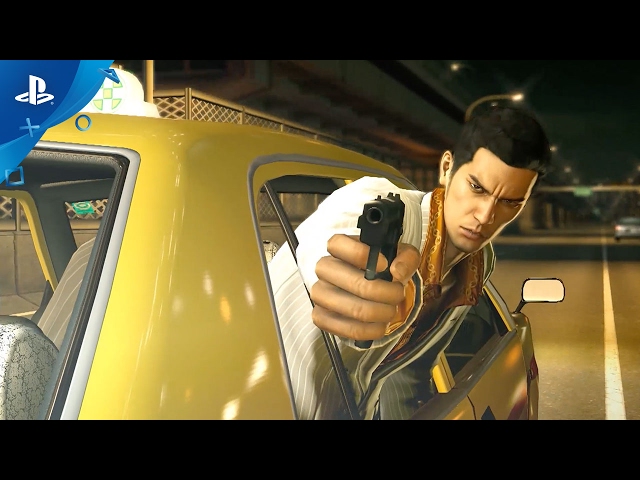 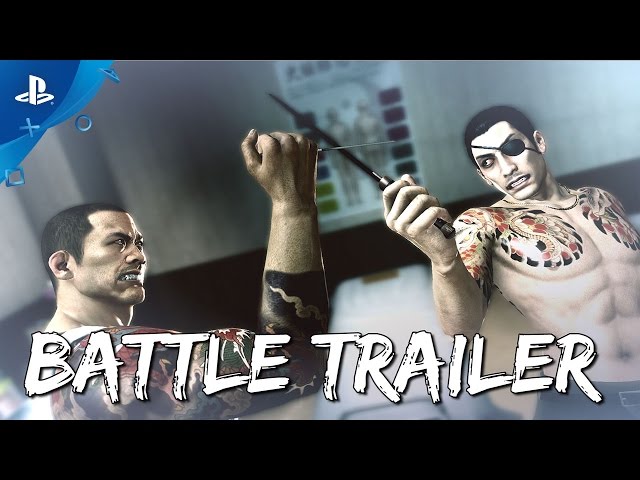 Yakuza 0 is an action-adventure game set in an open world environment and played from a third-person perspective. The game takes place from December 1988 to January 1989, in Kamurochō and Sotenbori, fictionalized recreations of Tokyo's Kabukichō and Osaka's Dōtonbori areas respectively. The player controls series protagonist Kazuma Kiryu and recurring character Goro Majima, alternating between the two at predetermined points during the story.
Players can freely walk around Kamurocho and Sotenbori, interacting with people they meet to trigger side-quests, battling enemies who attack them on the street, or playing several minigames, including fully playable versions of Sega arcade games such as Out Run, Super Hang-On, Space Harrier and Fantasy Zone. Completing certain objectives, such as eating every dish at a restaurant or reaching a target score in a minigame, will also grant the player special Completion Point currency; these Completion Points can be spent at a shrine to receive additional bonuses, such as special items or character upgrades.
Character customization and growth is similar to the system from Ryu ga Gotoku Ishin!, with abilities bought off of a skill tree that is gradually unlocked during the game. Instead of using experience to buy skills, the player uses money acquired from fights or via Kiryu and Majima's side businesses. Money is more liberally awarded in Yakuza 0 than in previous entries, with every heavy attack causing enemies to drop cash. The player can lose their money if they encounter a special enemy called Mr. Shakedown, huge men who are far stronger than normal. If the player is beaten, they will lose all their cash, but can beat the enemy again to earn back their money and extra.

Yakuza 0 is available for the following platforms: PlayStation 3, PlayStation 4, Microsoft Windows, Xbox One and Amazon Luna.