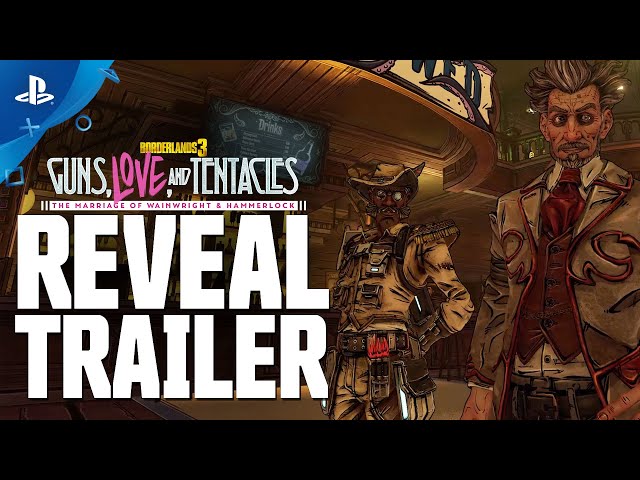 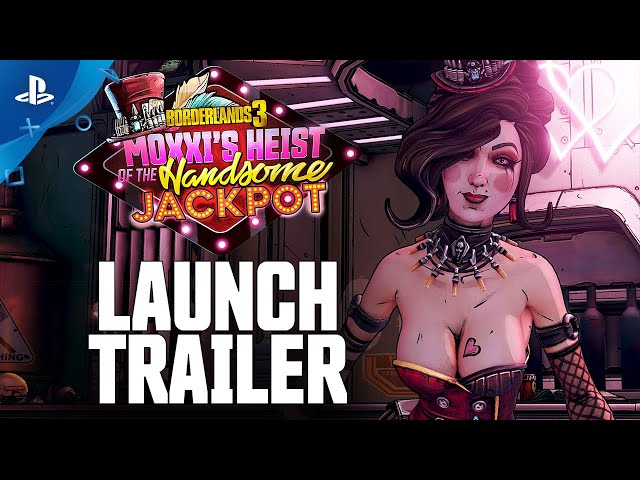 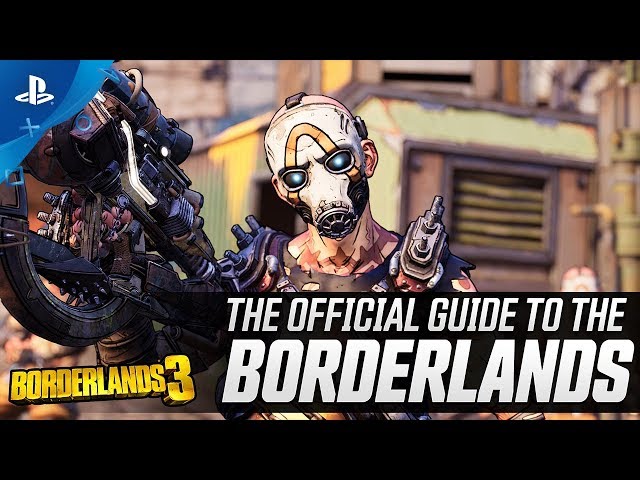 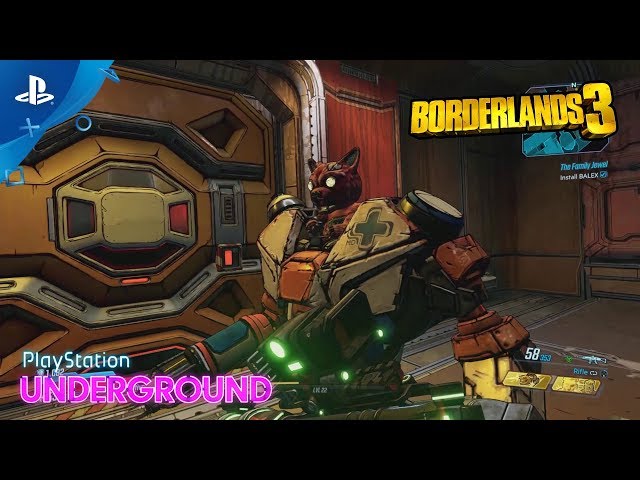 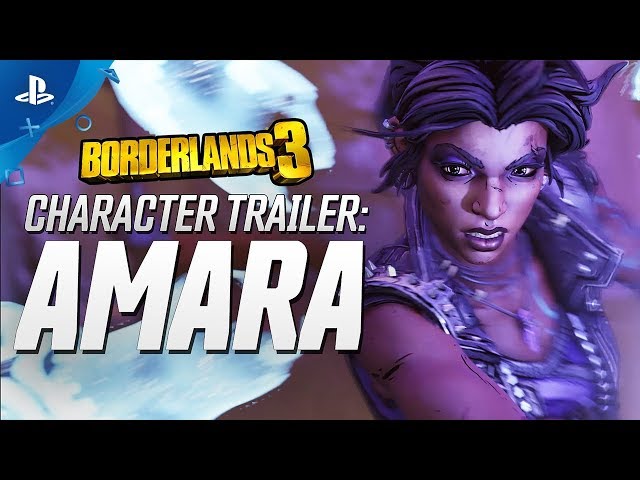 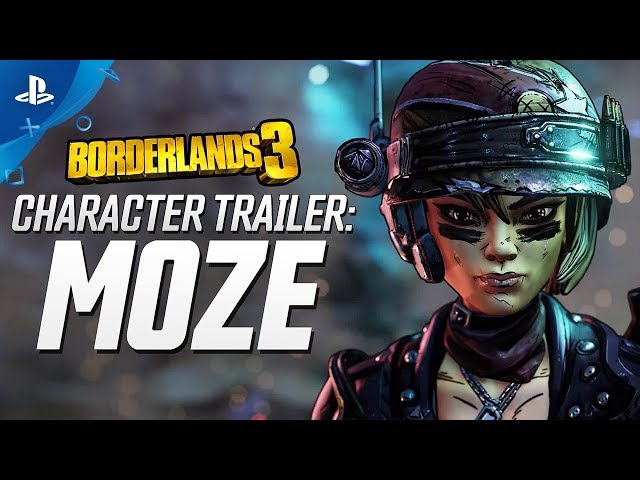 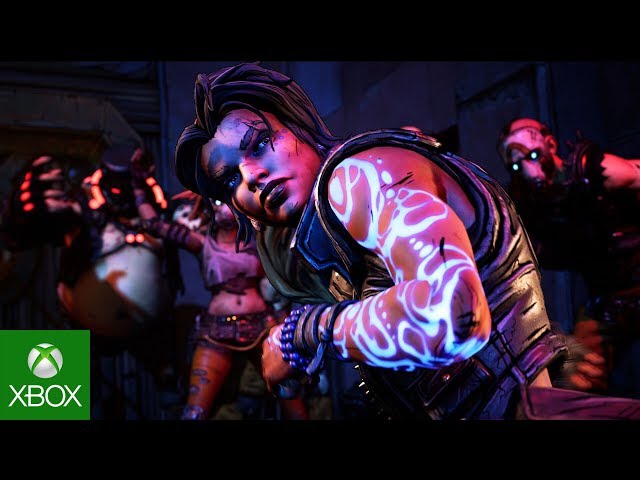 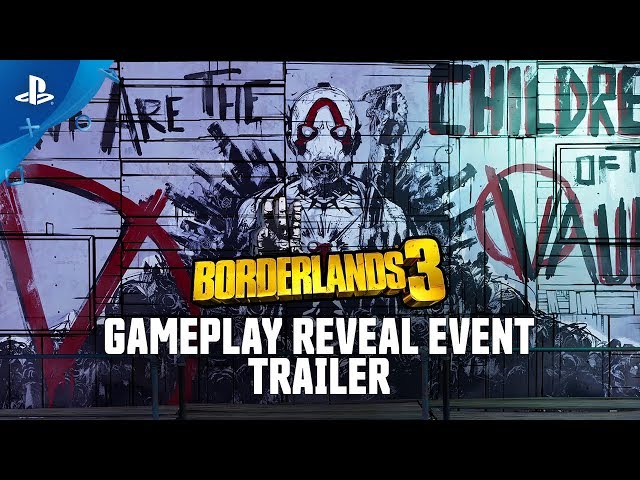 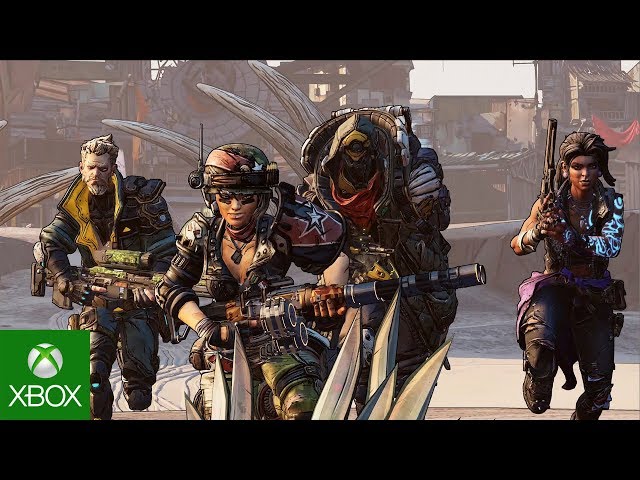 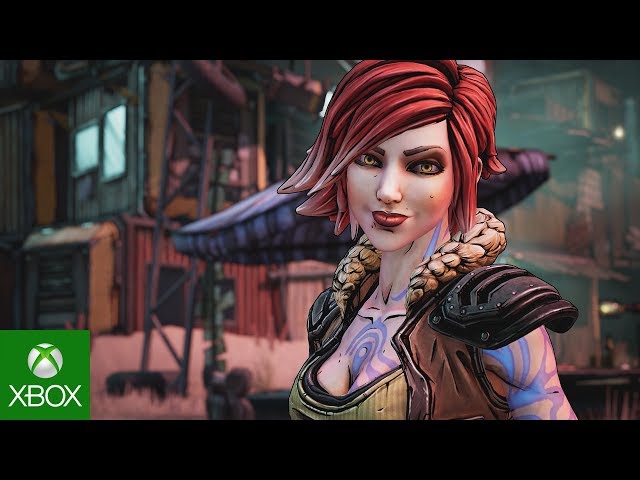 Borderlands 3 is a first-person loot shooter. Players, either playing alone or in parties of up to four people, make a character from one of the four classes available, and take on various missions given out by non-playable characters (NPCs) and at bounty boards to gain experience, in-game monetary rewards, and reward items. Players can also gain these items by defeating enemies throughout the game. As the player gains level, they gain skill points to allocate across a skill tree. The game introduces four new playable characters: Amara, a "Siren" who summons ethereal fists; Moze, a young "Gunner" who rides the mecha Iron Bear; Zane, an "Operative" with a variety of gadgets; and FL4K, a robot "Beastmaster" who summons creatures to aid in fights. Unlike previous Borderlands games where each character had only one unique skill that operates on a cooldown, each character in the new game can unlock three unique skills, though only one (or in Zane's case, two) can be equipped at a time, greatly expanding the number of potential character builds a player can make.
Borderlands 3 shares the same core loop with previous games around taking on missions, defeating enemies, and obtaining loot from fallen foes or special chests, most often in the form of procedurally generated weapons to vary in damage, range, ammo capacity, and other special perks, giving the game "over one billion guns". Perks can include elemental effects, such as damaging the foes with fire, ice, or electricity, or may possess alternative firing behavior, among other visual differences. In Borderlands 2, some weapons had "slag" elemental, which coated the enemy for a short period and made them extremely vulnerable to a subsequent elemental attack from a different element. Slag weapons have been replaced with radiation; the coating and subsequent vulnerability remains the same as slag, but radiation damage will also hurt enemies over time on its own and can potentially spread to other enemies. The in-game manufacture of the guns also plays a larger role in the type of perks a weapon can have. Tediore guns can be thrown when empty and create additional effects, Atlas have tracking bullets to hunt down enemies in cover, and Hyperion can have shields that absorb damage and use that for other purposes such as healing as well as having a reverse recoil mechanic. Other randomly-generated items include class modifiers, grenade modifiers, shield kits and relics. When playing with others, Borderlands 3s loot can be generated on a per-server basis, meaning that players must split the loot, but new to the series, players can also have loot generated on a per-player basis so that each player gains the same loot, scaled for their character level. This option also exists for the enemies seen in game; by default enemies only scale with the player-character's level that is operating the server, but when enabled, each player sees enemies that match their individual levels.

Borderlands 3 is a single-player, multiplayer and co-op mode video game.