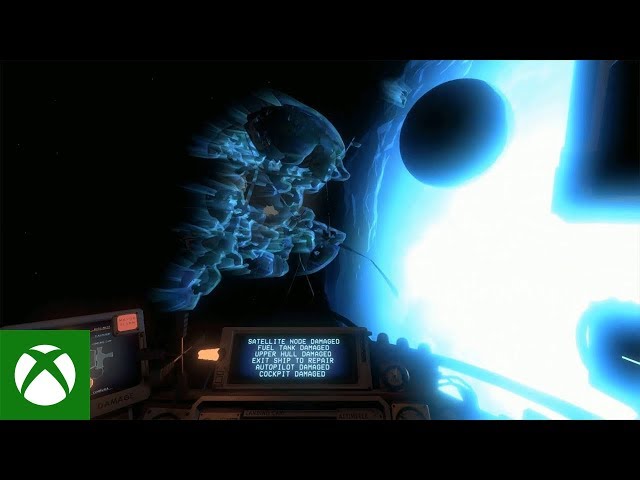 Outer Wilds features an unnamed astronaut player character exploring a solar system that is stuck in a 22-minute time loop, resetting after the star goes supernova. Thus, the player is encouraged to learn why by exploring the solar system and uncovering secrets of an extinct alien race known as the Nomai, who previously visited the solar system thousands of years ago. In the first part of the game, the player links with an ancient Nomai statue which ensures that the player retains information discovered in each time loop when it restarts. For example, in order to use the ship, the player must walk to a local observatory, where the launch codes are located. Once the player has done this once, that information will not change in subsequent loops, which allows the player to bypass the observatory and immediately launch the ship with the known codes.
The central premise of the game is exploration, with the player compelled to uncover the remains of the Nomai civilization to uncover the cause of the time loop and complete the game. All areas of the game are technically immediately accessible to the player upon acquiring the ship launch codes, however many areas are protected by logic puzzles which can often only be solved through learning more of the Nomai and speaking to fellow space explorers.
Some events and locations change during the course of the time loop, which mean that areas and puzzles are often only accessible at certain times. One example is the paired Ash Twin and Ember Twin planets orbiting so close to each other that sand from Ash Twin is funneled over to cover Ember Twin during the loop. This process gradually reveals the secrets buried on Ash Twin while simultaneously making the Ember Twin cave system inaccessible later on in the time loop.

Outer Wilds is available for the following platforms: Microsoft Windows, Xbox One, Nintendo Switch and PlayStation 4.