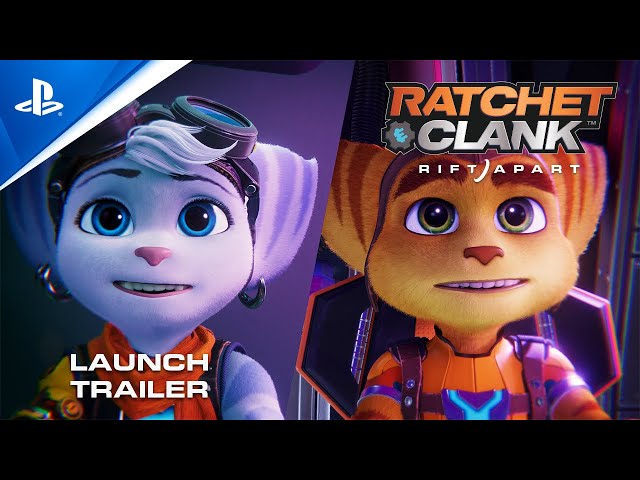 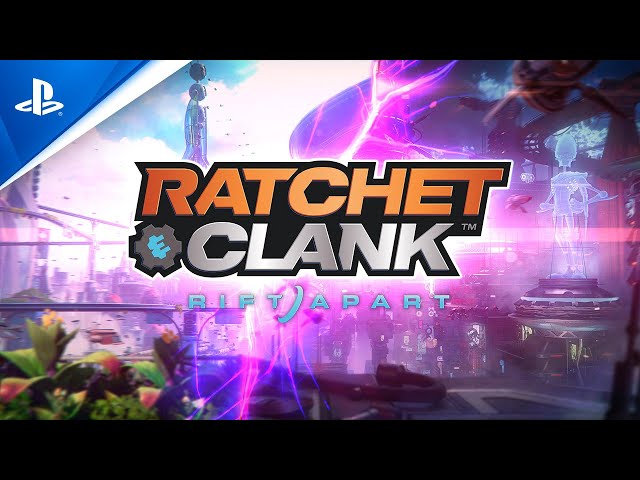 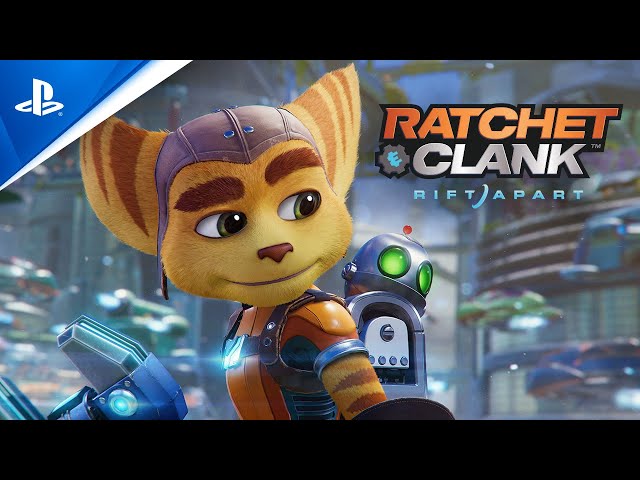 The game shares many gameplay similarities with Ratchet & Clank (2016) and other entries in the series. It retains elements of previous Ratchet & Clank games, such as strafing, gunplay, collection of bolts, automatic weapon and health upgrades, manual Raritanium weapon upgrading and gadgets. The main playable character is Ratchet. He is accompanied by his robotic friend and sidekick Clank, who is hung on his back. Additionally, the game has a playable female Lombax named Rivet. The player navigates Ratchet and Rivet through diverse environments across a multitude of levels, defeating enemies with an array of varied weapons and gadgets, and traversing obstacles to complete key mission objectives.
The game introduces to the series the concept of real-time near instantaneous travel between different areas, planets and other worlds within gameplay scenes via a system of inter-dimensional portals. In order for the player to utilize this feature, a new mechanic dubbed the "Rift Tether" is introduced in Ratchet and Rivet's arsenal that pulls them from one side of a portal to another, allowing them to move quickly between points. The game features the return of planets explored in previous entries with a dimensional twist, through their alternate counterparts, alongside new planets not seen previously in the franchise. The game features enhanced mobility and traversal options with the addition of moves such as dashing and wall running. In addition, the game's arsenal features a mix of brand new weapons and returning classics from prior installments.