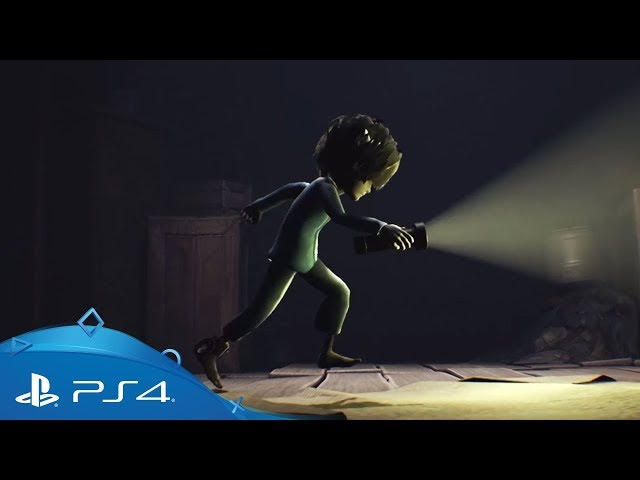 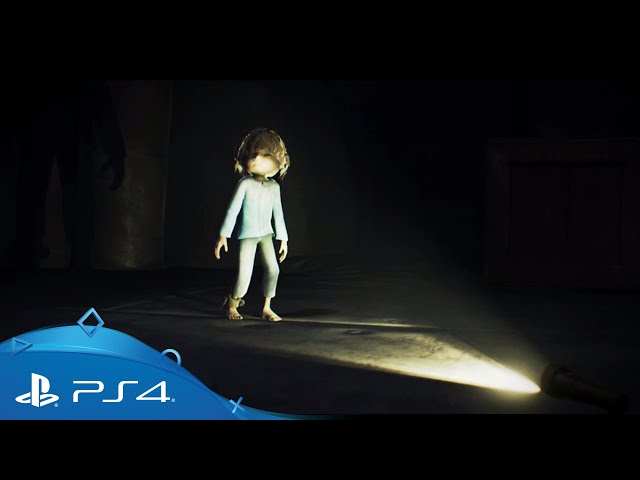 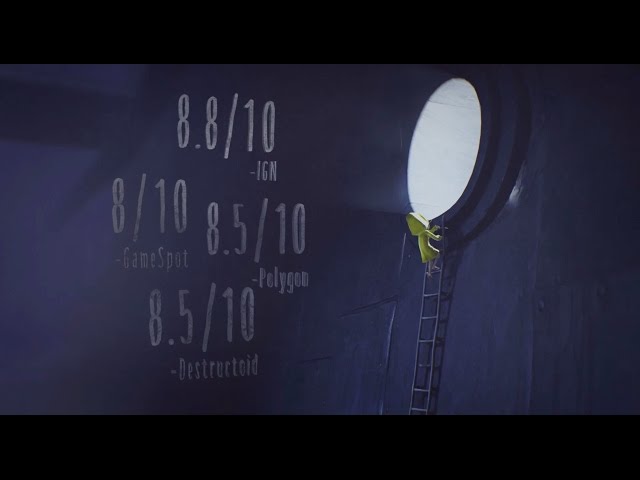 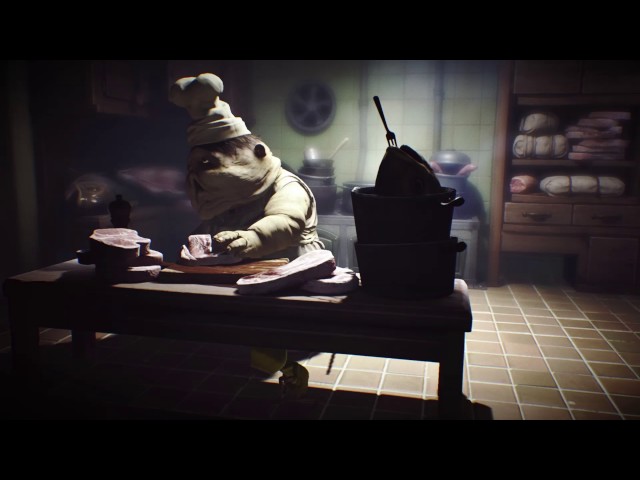 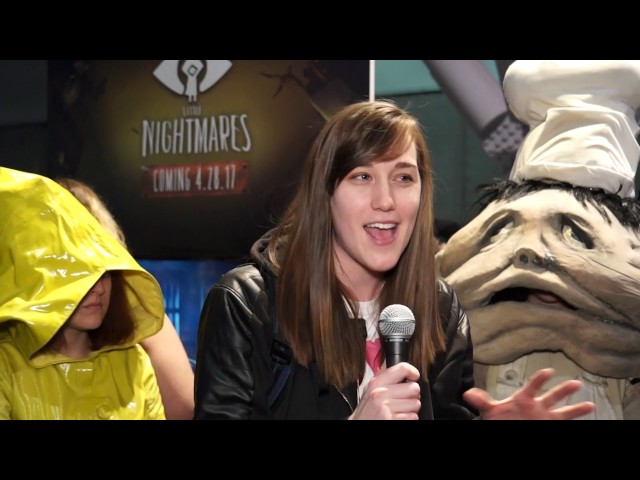 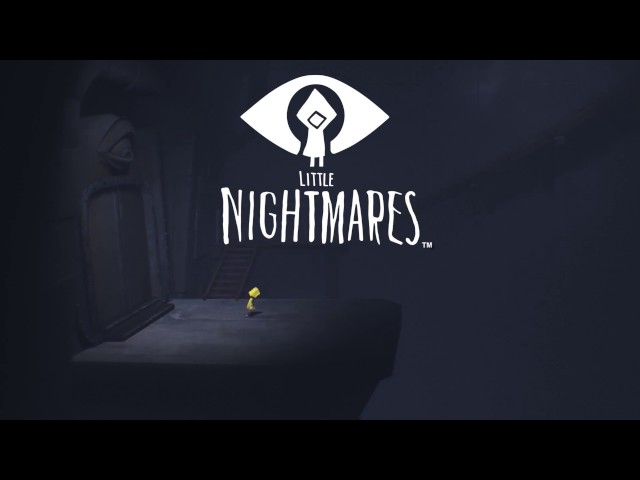 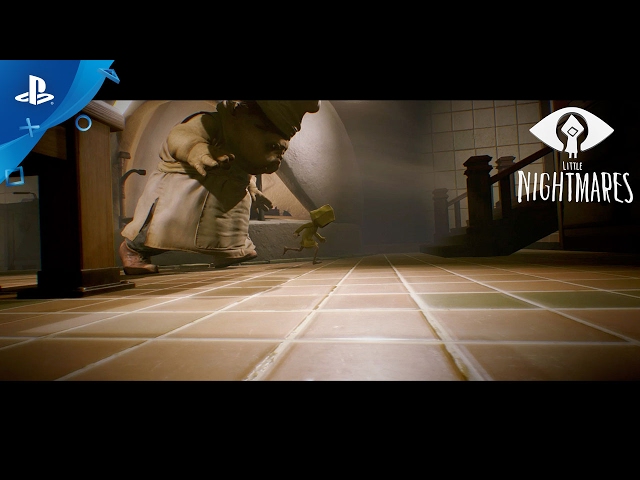 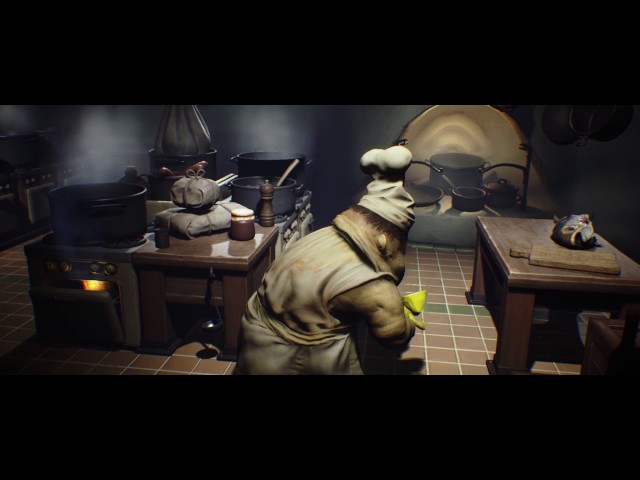 Little Nightmares takes place in a 2.5D world. The player traverses the world through various platformer elements, occasionally being blocked by puzzles that must be solved to proceed. The player is generally rendered helpless in their environment due to the lack of any combat abilities and must rely on stealth and the environment to hide from the various enemies. On a few occasions, the player is given tools that even the odds slightly and allow them to fight back.
Six, a nine-year-old girl in a yellow raincoat, awakens from a dream of a woman wearing a kimono and a Noh mask. Armed with only a lighter, she sneaks through the bowels of the Maw, a massive, underwater iron vessel. Throughout the Maw, she encounters Nomes: small, skittish creatures that either flee from her or passively observe her efforts. She has the option to hug the Nomes, should she get close to one. In the Prison, where captured children are held, Six evades the carnivorous Leeches that infest its depths and artificial eyes that will turn her to stone if she is caught in their lights. Six also regularly experiences debilitating bouts of hunger; whenever she eats, a shadowy, flickering version of herself appears. After eating some bread offered by an imprisoned child, Six is captured by the blind, long-armed Janitor. She escapes but makes no effort to help the other captured children. She falls into a room filled with piles of shoes and evades the unseen monster burrowing underneath. The Janitor eventually corners Six, and she severs his arms with a collapsing door.
Caught by another bout of hunger, Six is forced to eat a live rat. She travels to the Kitchen, where children wrapped up in paper are being sent. Here, the grotesque Twin Chefs are preparing a feast and pursue Six whenever they spot her. She makes her way outside to the hull of the Maw, above the ocean waves. Scaling the hull, Six witnesses a procession of obese, suited Guests marching into the Maw from their vessel. They lumber into the Japanese-style Guest Area, where they gorge themselves on food. The feast is overseen by the mysterious Lady from Six's dream, the masked proprietress of the Maw. Several Guests scramble after Six, but she outruns them. When she has another hunger attack, a Nome offers her a sausage. However, Six eats the Nome instead.