Here are "Strafe" video game trailer, gameplay, features, release date and everything we know so far.

Is there a trailer for Strafe? 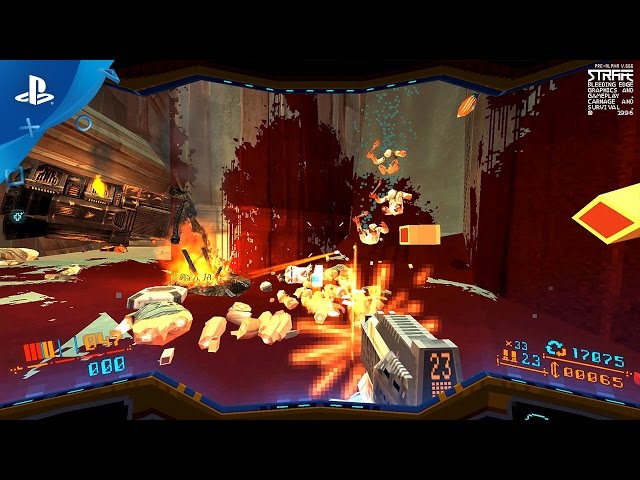 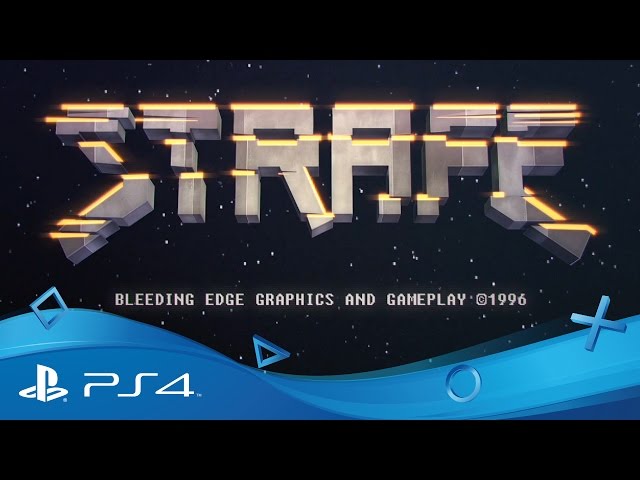 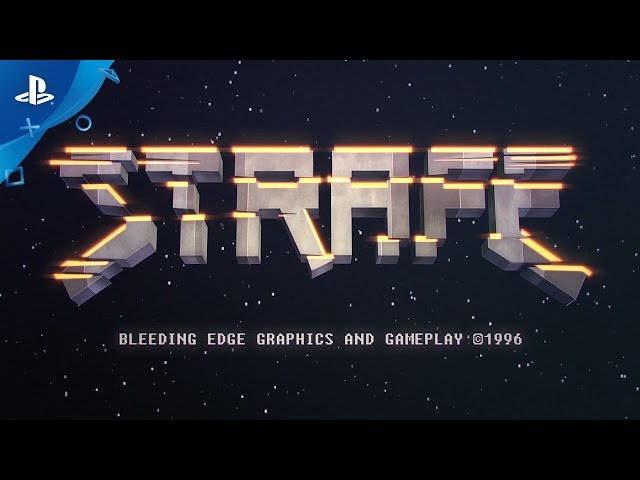 What are Strafe gameplay features?

Strafe is a first-person shooter with roguelike elements. There are four stages containing 2 or 3 levels each (depending on game mode), all of which are semi-procedurally generated. Upon loading into each zone, the map is generated by pulling a set of rooms from a pool and arranging them randomly. The enemies, upgrades, and merchants among other assets are also randomized and placed within the zone. Upon death, upgrades will be lost and levels will be re-arranged once more, but the player may be able to access teleporters to unlocked stages from the hub spacecraft. The fourth stage features an additional boss level that is not procedurally generated.
From the hub spacecraft, the player chooses a primary weapon at the beginning of each run from a shotgun, a machine gun or a railgun. Each weapon has a primary and secondary fire method, with power-up items allowing the weapon to become much more powerful. A variety of weapons can be picked up within the levels when dropped from enemies, which generally have limited ammo and can be thrown when empty for additional damage. Merchants appear, from whom the player can buy upgrades.
The game features a dynamic blood splatter system. Environmental effects such as acid and fire appearing from enemies or destruction of objects are a further obstacle and adds gameplay depth, where damaging pools of acid can be nullified by covered it in the blood of enemies. Enemies range from zombies, to robots and aliens.
Players are rewarded for playing the campaign with tokens that can be used to unlock 25 "modifiers" that can be activated at the start of a run to significantly alter the gameplay. For example, by replacing all weapons in the game with rocket launchers, or by scrambling the placement of enemy types outside of their usual stages. In addition to the main campaign, there are alternate game modes: MURDER ZONE (survival mode), STRAFE ZONE (daily skill challenge), and SPEED ZONE (weekly speed challenge).

When is Strafe game release date?

"Strafe" video game release date was scheduled to be on May 9, 2017 and on March 27, 2018 published by Devolver Digital, Strafe AB and Pixel Titans.

What are Strafe game specifications?

Strafe is a single-player video game.

More information on where to buy and download "Strafe" video game, also reviews of gameplay features and game requirements you can get on the following websites.

Strafe on Wikipedia is available at: