Here are "The Crew" video game trailer, gameplay, features, release date and everything we know so far.

Is there a trailer for The Crew?

Xbox on Thursday, December 01, 2016 released the trailer for "The Crew" you can watch here:
The Crew Calling All Units Trailer. 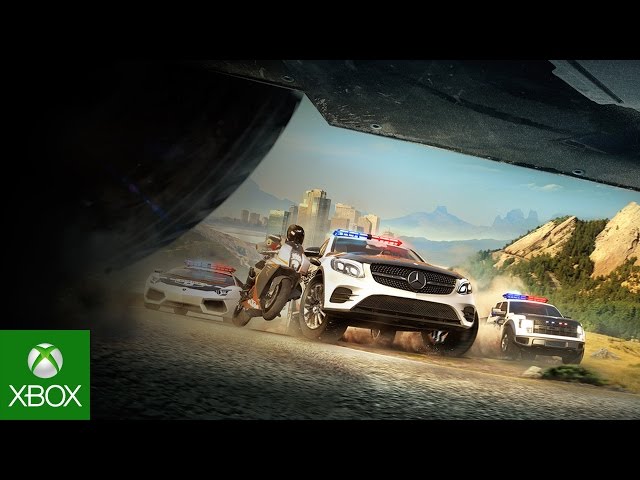 What are The Crew gameplay features?

Here is a short review of "The Crew" video game gameplay features.

The Crew is a racing game set in a persistent open world environment for free-roaming across a scaled-down recreation of the contiguous United States. The map is split into five regions: The Midwest, East Coast, The South, Mountain States, and West Coast. Each region has its own unique geographical features. Six main cities (one in each region, two in the Midwest) are featured in the game: Detroit and Chicago in the Midwest, New York City on the East Coast, Miami in The South, Las Vegas in the Mountain States, and Los Angeles on the West Coast. Various other cities, namely St. Louis, Washington, D.C., New Orleans, Dallas, Salt Lake City, Santa Fe, San Francisco, and Seattle, are also featured in the game. Over thirty smaller cities and towns line the countryside, such as Nashville, Norfolk and others. It takes approximately 45 minutes in real time to drive from coast to coast in-game.
The Single-player campaign is up to 20 hours long, and entails infiltrating criminal groups with protagonist Alex Taylor (Troy Baker). Players can also participate in mini-games called skills challenges that are peppered across the world. They are triggered when a player drives through them and involve completing challenges such as weaving through gates and staying as close to a racing line as possible for a period of time. Players' scores are automatically saved so friends can try and beat their scores, in similar fashion to how Autolog works in games of the Need for Speed franchise. Missions can be played alone, with friends, or with online co-op matchmaking. The multiplayer mode lets a maximum of eight players to compete in races and other gametypes. There are no in-game loading screens or pauses. Players can also build cars with a tie-in app for iOS and Android.

When is The Crew game release date?

"The Crew" video game release date was scheduled to be on December 1, 2014 and on December 2, 2014 published by Ubisoft.

What are The Crew game specifications?

The Crew is a single-player and multiplayer video game.

The Crew is available for the following platforms: Microsoft Windows, PlayStation 4, Xbox 360 and Xbox One.

Where to buy and download The Crew video game?

More information on where to buy and download "The Crew" video game, also reviews of gameplay features and game requirements you can get on the following websites.

The Crew on Wikipedia is available at: