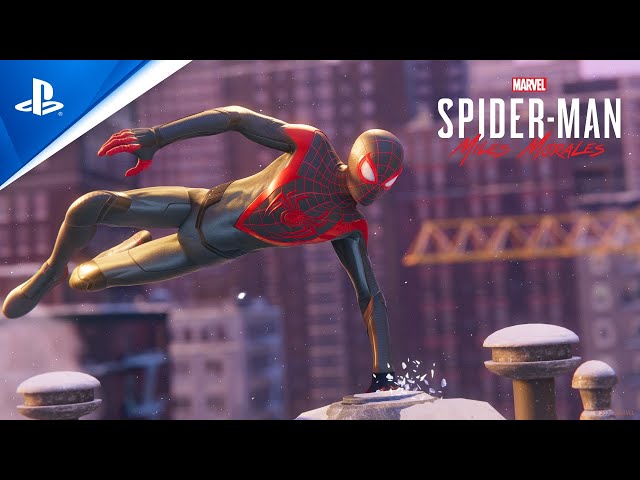 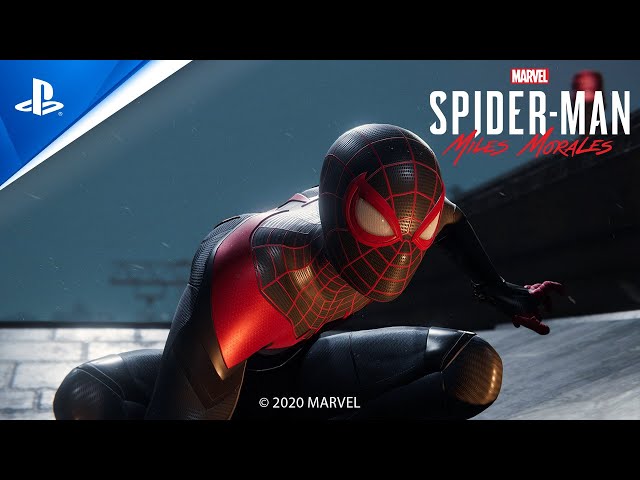 Here is a summary of the gameplay features for "Marvel's Spider-Man: Miles Morales" Game.

The game shares most of its environment and core gameplay with its predecessor. Miles Morales begins with the ability to use webs to swing, attack enemies and crawl and run on walls. At key points in the storyline, he gains additional abilities, including Venom Blast (the ability to incapacitate his enemies with bio-electricity, and charge or drain electronics), Camouflage (temporary invisibility), and Mega Venom Blast (the ability to attack multiple nearby enemies with his venom blast). Other moves, such as Venom Dash, Venom Jump, can be unlocked through a skill tree. Miles also has access to his own unique gadgets: Remote Mines that can attach to enemies or electrical panels, a device that can summon holographic fighters to help him in combat, and Gravity Wells that can trap multiple enemies and make them easier to hit.
«Characters and setting»:
The narrative continues from where Marvel's Spider-Man and its downloadable content The City that Never Sleeps left off, during which Miles Morales was bitten by a genetically-enhanced spider and gained powers similar to Peter Parker's. A year after the first game's conclusion, Morales has trained under Parker, moved from Brooklyn to Harlem, and has fully integrated himself into the role of a Spider-Man, though he is still gaining experience and doubts whether he can live up to Parker's legacy. After Parker leaves to join his girlfriend, Daily Bugle reporter Mary Jane Watson, abroad as her photographer to cover the ongoing civil war in Symkaria, Miles is left as New York's sole webslinger. Now, he must balance supporting his mother Rio Morales' campaign for City Council and defending both his new home in Harlem and the rest of New York City from a gang war between the Roxxon Energy Corporation and a high-tech criminal army called the "Underground", led by the Tinkerer. Before he leaves, Parker tells Morales that he has to be like his late father Jefferson Davis and walk on the path to becoming a hero for New York.
On top of several returning characters from the previous game, such as the supervillain Rhino and anti-Spider-Man podcaster J. Jonah Jameson, there are several new supporting cast members. This includes Ganke Lee, Miles' best friend from Brooklyn Visions Academy and his tech support as Spider-Man; Aaron Davis, Miles' uncle who operates as a mercenary known as the Prowler; Danika Hart, a teenager who hosts a pro-Spider-Man podcast known as "The Danikast" and often clashes with Jameson; Simon Krieger, the head of Roxxon's R&D department; and Phin Mason, Miles' childhood friend who seeks to avenge the death of her brother, Rick.

Marvel's Spider-Man: Miles Morales is available for the following platforms: PlayStation 4 and PlayStation 5.

Where can I buy and download Marvel's Spider-Man: Miles Morales?

More information on where to buy and download Marvel's Spider-Man: Miles Morales, also reviews of gameplay features and game requirements you can get on the following websites.

Marvel's Spider-Man: Miles Morales on Wikipedia is available at: