Here are "Lost in Random" video game trailer, gameplay, features, release date, download and everything we know so far.

Is there a trailer for Lost in Random?

Xbox on Thursday, July 22, 2021 released the trailer for "Lost in Random" you can watch here:
Lost in Random - Official Gameplay Trailer. 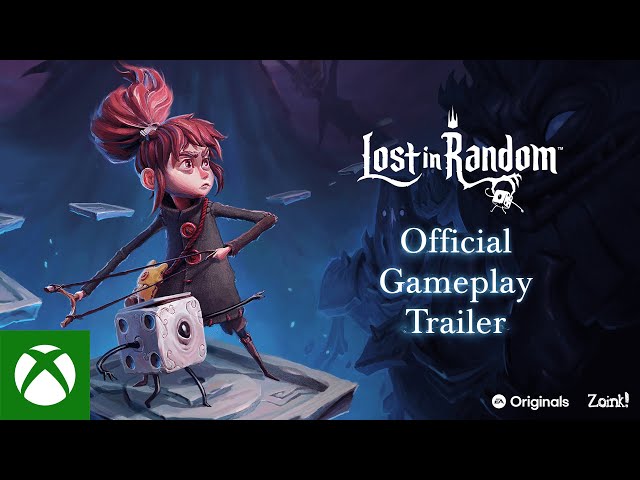 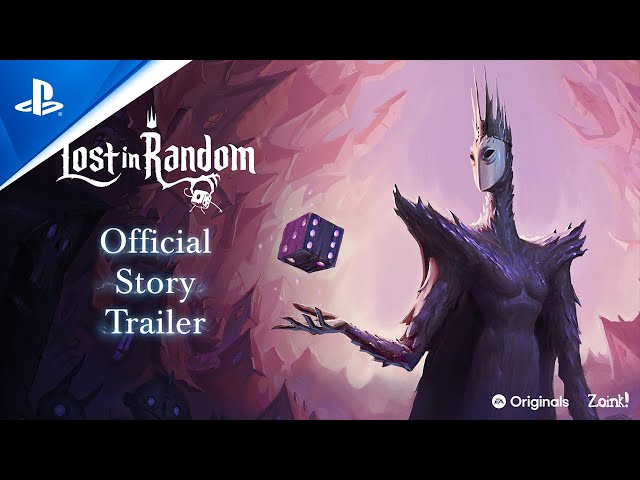 What are Lost in Random gameplay features?

Here is a short review of "Lost in Random" video game gameplay features.

Lost in Random is an action-adventure game played from a third-person perspective. Combat happens in arenas that look like a game board. Players must roll Dicey in order to progress and Even will only be safe when she reaches the final piece on the board. In combat, the player can use Even's slingshot. While it would not damage enemies, opponents hit by her slingshot would drop energy cubes which would fuel Dicey. Once Dicey is fully fueled, players can roll the dice and time will be tempoarily stopped. During this period, players can select the card they want to use, which is the only way to deal damages to enemies. There are five different types of cards (Weapon, Damage, Defense, Hazard, and Cheat), offering different gameplay advantages and combat abilities. For instance, one of the cards turns Dicey into an explosive cube, while another allows players to place traps. Cards can be earned through collecting coins. As players progress, new cards will be earned and they will recover Dicey's lost pips, which would enable Even to roll higher numbers during combat.
The game also features light role-playing game elements. When Dicey and Even are exploring the Kingdom of Random, they will meet various non-playable characters. The game features a dialogue wheel which allows players to select dialogue options while conversing with NPCs.
In the Kingdom of Random, the fate of all individuals is decided by a cursed black die when they reach the age of 12. Even's sister, Odd, is abducted by the wicked Queen of Random. As Even journeys across the six realms of Random to rescue her sister, she meets Dicey, a sentient die who has lost nearly all of its pips. In a world which is governed by game rules, Even will slowly understand the randomness of life with the help of Dicey.

When is Lost in Random game release date?

"Lost in Random" video game release date was scheduled to be on September 10, 2021 (worldwide) published by Electronic Arts.

What are Lost in Random game specifications?

Lost in Random is a single-player video game.

"Lost in Random" video game is rated "PEGI 12", according to the PEGI video game rating system.

Where to buy and download Lost in Random video game?

More information on where to buy and download "Lost in Random" video game, also reviews of gameplay features and game requirements you can get on the following websites.

Lost in Random on Wikipedia is available at: