Is there a trailer for 13 Sentinels: Aegis Rim? 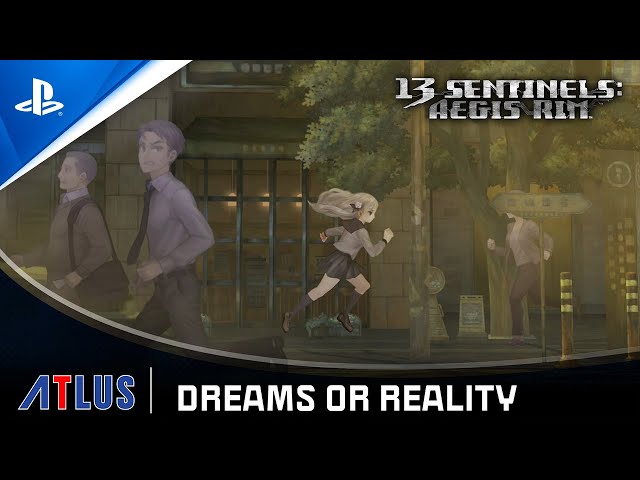 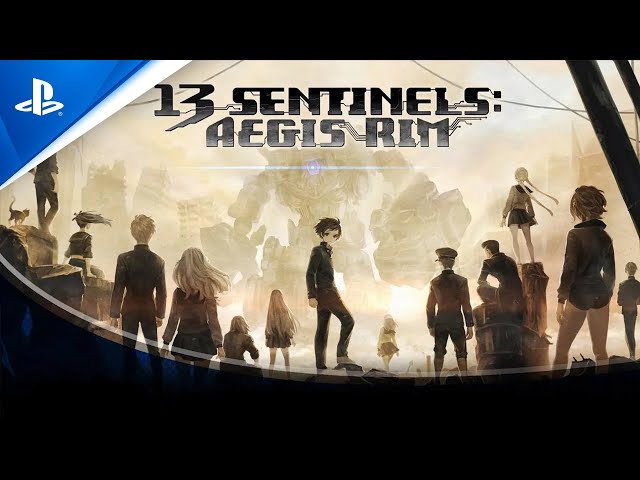 13 Sentinels: Aegis Rim is a video game where players take control of thirteen different characters, who interact with each other to build a larger narrative. The gameplay is split into three sections: Remembrance, with exploration and dialogue taking priority and advancing the narrative; Destruction, where characters equip mecha and engage in pausable real-time battles against enemies; and Analysis, a glossary which documents event scenes and important items and characters.
During the Remembrance segments, the player explores two-dimensional (2D) side-scrolling environments, interacting with elements of those environments in a non-linear manner. Several elements move in real-time regardless of the player's actions, and choices can be made which alter the outcome of some scenes. Keywords spoken by characters and obtained items are added to a Thought Cloud database, which can be accessed to trigger both internal monologues and initiate new dialogue. Once learned, keywords are carried over into other earlier or parallel scenes, which in turn unlock further story routes and options. The character stories are tracked with a flowchart, with players able to jump between scenes to try different keywords from the Thought Cloud. If a wrong choice is made during one section, the game rewinds back to the beginning of the day so players can select the right choice. To reach that point faster, events the player has already seen can be fast forwarded.
The battle system of the Destruction mode takes the form of a real-time strategy scenario, with up to six chosen characters using Sentinels to fight off waves of enemies called Kaiju defending a terminal. The terminal's health is determined by which units are in place, and if all units are defeated, the hub is overwhelmed and the game ends. Gameplay can be paused, allowing for Sentinels to be moved and actions such as combat and support abilities to be carried out. The section is completed when the hub is successfully defended against all waves. Battles pit Sentinels against Kaijuu with differing strengths and abilities such as flight or extra defence, requiring one of the four Sentinel types; some Sentinels are strong against flying enemies, while others do better against large ground-based forces. They also have different attack ranges and movement speed. Sentinels have at least one basic attack that costs nothing, and additional abilities that cost a resource called EP; EP can be recovered by defending. After acting, each Sentinel has a cooldown timer before it can act again. Damage can be repaired by Sentinel pilots, but this requires leaving the Sentinel and leaving them vulnerable to attack. The player can also trigger limited-use "Terminal Commands", special field-wide abilities such as an EMP which use up a dedicated energy gauge. Characters level up with experience points and gain passive bonus effects, while Sentinel abilities and attributes can be raised using Meta-chips gained during battles.

13 Sentinels: Aegis Rim is available for the following platforms: PlayStation 4.

Where to buy and download 13 Sentinels: Aegis Rim video game?

More information on where to buy and download "13 Sentinels: Aegis Rim" video game, also reviews of gameplay features and game requirements you can get on the following websites.

13 Sentinels: Aegis Rim on Wikipedia is available at: