Is there a trailer for Kingdom Come: Deliverance? 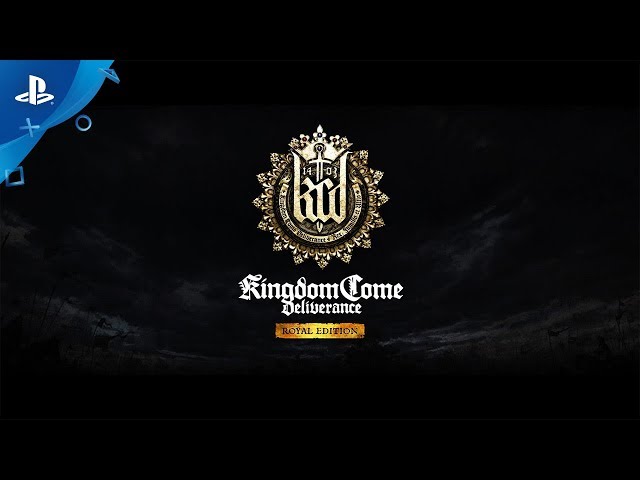 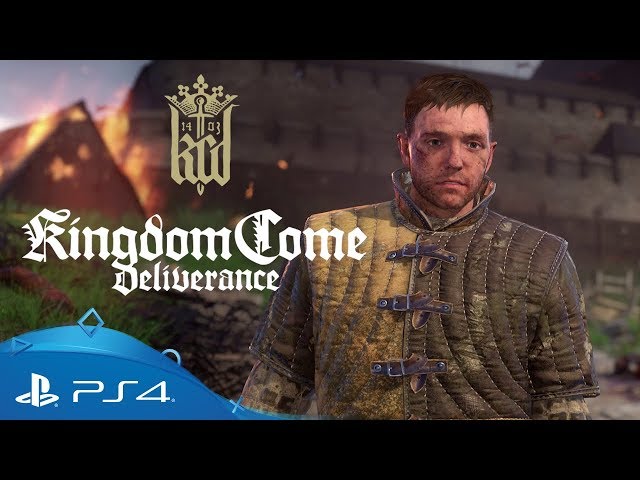 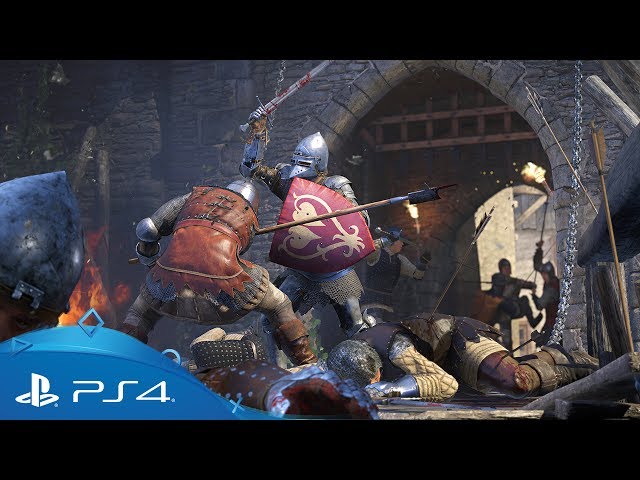 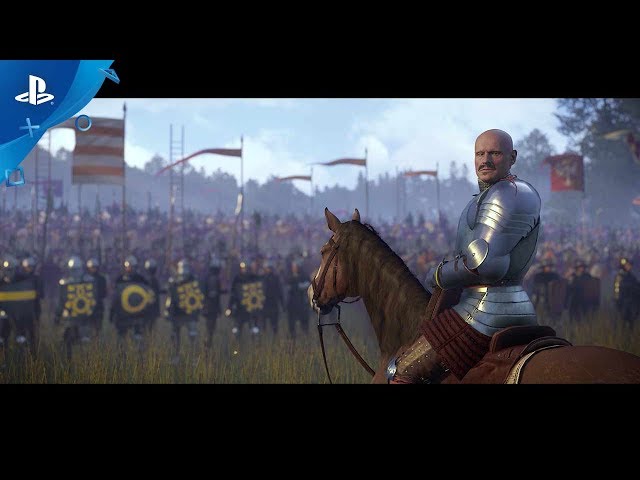 Kingdom Come: Deliverance is an action role-playing game set in an immersive open-world environment and played from a first-person perspective. It utilizes a classless role-playing system, allowing the player to customize their skills to take on roles such as warrior, bard, thief, or a hybrid of these. Abilities and stats grow depending on what the player does and says through branched dialogue trees. During conversations, the time a player takes to make a decision is limited and has an effect on their relationships with others. Reputation is based on player choices and therefore can bring consequences.
Character bodies and faces are created through the combination of multiple, individual pieces with finishing touches. The clothing system features 16 item slots and items on many areas of the body that can be layered. For example, a heavily armored knight may on his upper body wear a gambeson, followed by mail and plate armour, with a tabard or surcoat over top, for a total of four clothing items in the chest slots. Each clothing type provides different levels of protection against different types of weapons. Clothing also gets progressively more worn, dirty, or bloody through use, affecting the character's appearance. The player is able to use a variety of weapons, including swords, knives, axes, hammers, and bows. Horses are featured heavily in the game, and are designed to act with their own AI while under the player's control, moving or jumping to avoid small obstacles or dangers. The player can also fight from horseback and use their steed to carry items if they need additional inventory space, but warhorses are also competent combatants with their own AI. Steeds come with five slots for armor and attachments.

"Kingdom Come: Deliverance" video game release date was scheduled to be on February 13, 2018 published by Deep Silver and Warhorse Studios.

Kingdom Come: Deliverance is available for the following platforms: Microsoft Windows, PlayStation 4 and Xbox One.

Where to buy and download Kingdom Come: Deliverance video game?

More information on where to buy and download "Kingdom Come: Deliverance" video game, also reviews of gameplay features and game requirements you can get on the following websites.

Kingdom Come: Deliverance on Wikipedia is available at: