Is there a trailer for Brahms: The Boy II movie? 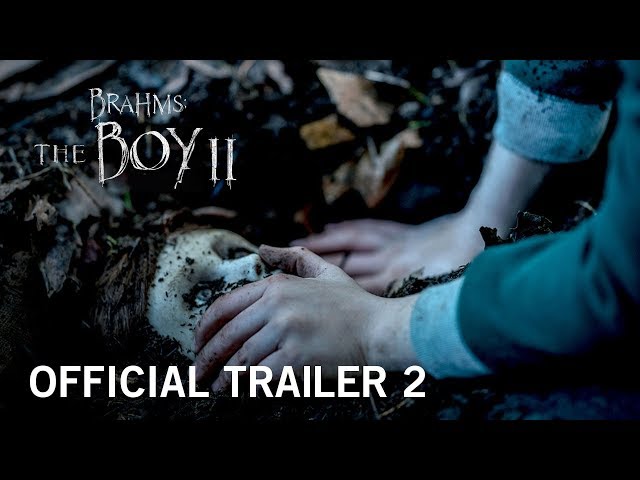 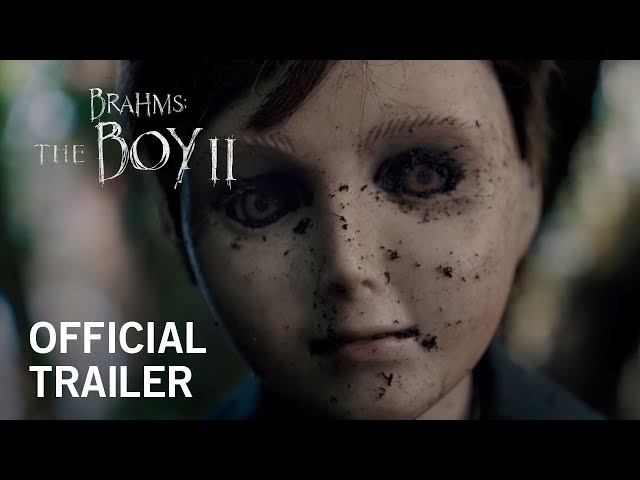 What is Brahms: The Boy II movie plot?

Here is a short review of "Brahms: The Boy II" movie plot summary.

Liza (Katie Holmes) and her son Jude (Christopher Convery) survive a home invasion by two masked men, but are left traumatised by the event. Liza is plagued by nightmares while Jude develops mutism, and is left communicating through a notepad. Liza's husband, Sean (Owain Yeoman), suggests they relocate to the countryside to recuperate. The family move to a manor, unaware of its dark history.
Arriving at the manor house, they explore the property and Jude finds a porcelain doll buried in the ground. Liza and Sean explore a nearby mansion. Realising that Jude is missing, Liza searches for him and finds him in possession of the doll. Encouraged by Jude's connection to it, Liza cleans "Brahms" off, making the doll look new.
The next day, Liza and Sean take a walk around the property at Jude's request. They meet Joseph (Ralph Ineson), the property caretaker, and his dog. Tensions fray when Sean urges Liza to talk about the events of the burglary, and she will not.
Back in the house, Liza and Sean overhear Jude talking in his room. They ask if he's talking to Brahms and Jude writes 'yes' in his notepad. Weird events occur around the house, and Sean and Liza discuss a change in Jude's behaviour with their therapist.
Joseph talks to Jude about his dog being missing, but no-one appears to have seen the dog. Liza finds disturbing pictures, and assumes they've been drawn by Jude. Later that evening, the family has dinner and Jude writes in his notepad that Brahms' plate is missing. Liza, upset about earlier, says that Brahms doesn't eat because he is a doll. She and Sean argue in the kitchen and Sean leaves the room. She goes to sit with Jude at the table and tells him that he needs to stay at the table until he eats. He writes on his notepad that she is making Brahms mad. She leaves the dining room and hears a loud noise. She and Sean run into the room, finding the dining room table and chairs overturned. Jude, scared, wrote that he told Liza not to make Brahms mad. Arguing about Brahms and Jude, Sean and Liza disagree about the mysterious things that are happening.

Who plays who in the Brahms: The Boy II movie cast?

Here is the full cast and characters of "Brahms: The Boy II" movie. Actors and actresses are sorted mostly in credits order.

When is Brahms: The Boy II movie release date?

What are Brahms: The Boy II filming details?

"Brahms: The Boy II" movie is rated "PG-13", according to the MPAA film rating system.

Principal photography began in January 2019 and wrapped that March.

What are critics and audiences saying about Brahms: The Boy II movie?

"Brahms: The Boy II" movie got low rating from critics. IMDB rating is 4.6/10. Rotten Tomatoes rating is 10/100. Audiences polled by CinemaScore gave the film an average grade of "C-" on a scale ranging from A+ to F.

More information and reviews on "Brahms: The Boy II" movie you can get on the following websites.

Brahms: The Boy II on IMDB is available at:

Brahms: The Boy II on Wikipedia is available at: