Here are "Donnybrook" movie trailer, plot summary, full cast and characters, release date and everything we know so far.

Is there a trailer for Donnybrook movie?

IFC Films on Friday, January 25, 2019 released the trailer for "Donnybrook" you can watch here:
Donnybrook - Official Trailer I HD I IFC Films. 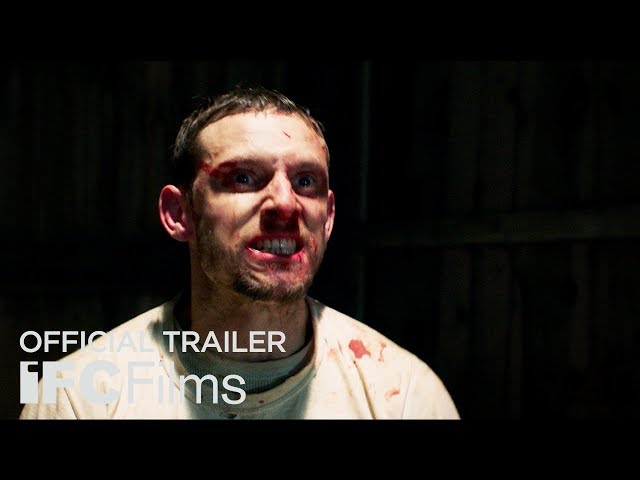 What is Donnybrook movie plot?

Here is a short review of "Donnybrook" movie plot summary.

Jarhead Earl (Jamie Bell) is a former US Marine living with a wife and two kids in a trailer park. Known as a tough guy, he seeks to leave his surroundings in favor of a fresh start for his family, and the only way he sees an out is by winning the Donnybrook, a massive bare-knuckle fight. Earl robs a local gun shop for the money to enter the contest and returns home, encountering Chainsaw Angus (Frank Grillo), a psychotic meth dealer to whom Earl's wife owes money. After a brief struggle, Angus leaves, driven by his sister/accomplice Delia (Margaret Qualley). Earl takes his family and flees the trailer park for the Donnybrook.
Angus and Delia return to their cookhouse and see it up in flames. After killing their cooker who escaped the fire, they pay a visit to their partner, Eldon (Pat Healy) seeking money to restart their operation. When he refuses, Angus orders Delia to kill him. She does, but has sex with Eldon first; while doing so, Eldon tells Delia that she should kill Angus instead. Delia kills Eldon, but continues to be abused and belittled by Angus. Eventually, Delia is driven to contemplate suicide, but relents, instead going to Angus and shooting him. Overhearing Earl's plans to enter the Donnybrook earlier, she takes a stash of meth and sets out for the Donnybrook as well. However, Angus is not dead, and after killing an innocent for his car, he vows to find his sister and his meth.
Meanwhile, Whalen (James Badge Dale), a local cop with a drinking problem, is investigating the gun shop robbery as well as the fire at the cookhouse. Running into his ex-girlfriend, she tells him about Angus. Whalen makes taking down Angus his personal mission, finally confronting him in a parking lot. The two men shoot at each other with shotguns. Angus fatally wounds Whalen and leaves him for dead.

Who plays who in the Donnybrook movie?

Here is the full cast and characters of "Donnybrook" movie. Actors and actresses are sorted mostly in credits order.

When is Donnybrook movie release date?

"Donnybrook" movie release date was scheduled to be on September 7, 2018 (TIFF) and on February 15, 2019 (United States) distributing by IFC Films, GEM Entertainment, At Entertainment, Koch Media and The Jokers.

What are Donnybrook filming details?

"Donnybrook" movie is rated "R", according to the MPAA film rating system.

What are critics and audiences saying about Donnybrook movie?

"Donnybrook" movie got average rating from critics. IMDB rating is 5.3/10. Rotten Tomatoes rating is 39/100. But the audience kinda likes the film.

More information and reviews on "Donnybrook" movie you can get on the following websites.

Donnybrook on IMDB is available at:

Donnybrook on Wikipedia is available at: