Here are "Sweetheart" movie trailer, plot summary, full cast and characters, release date and everything we know so far.

Is there a trailer for Sweetheart movie?

Blumhouse on Thursday, September 19, 2019 released the trailer for "Sweetheart" you can watch here:
Sweetheart Official Trailer - 2019. 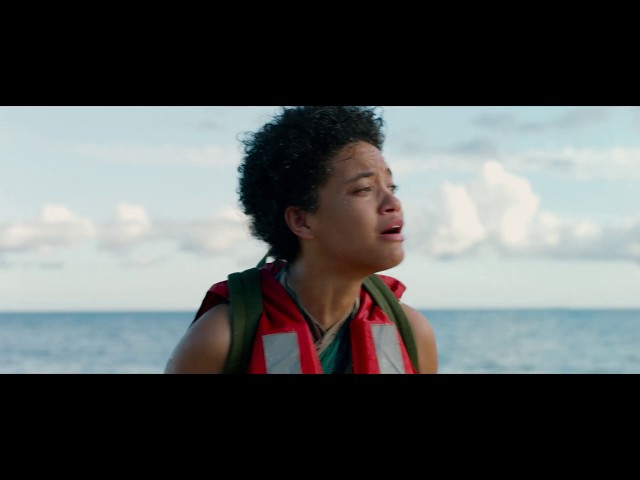 What is Sweetheart movie plot?

Here is a short review of "Sweetheart" movie plot summary.

After their boat sinks during a storm, Jennifer "Jenn" Remming (Kiersey Clemons) washes ashore a small, tropical island with her friend Brad (Benedict Samuel), who dies from his wounds shortly after. While exploring the island, Jenn discovers the belongings and graves of a family that once lived there. She later buries Brad's corpse in the sand, but discovers it savagely eaten and mutilated the following morning.
The next day, while retrieving her newly surfaced luggage, Jenn finds an ominous hole in the ocean's floor. That night, Jenn fails to flag down an airplane using a flare gun and encounters a giant, humanoid sea monster. For the next four nights, Jenn manages to hide from the monster while also attempting to catch and kill it. As Jenn prepares for the fourth night, the corpse of another mutual friend, Zack, washes ashore mutilated and bisected. Jenn later uses his body as bait, seeing the monster clearly for the first time. For her fifth attempt, Jenn sleeps in a makeshift hammock in the trees to watch the monster arrive. When the hammock falls, Jenn stabs the creature with a sharpened stick and narrowly escapes.
The next day, Jenn is reunited with her boyfriend Lucas Griffin (Emory Cohen) and friend Mia Reed (Hanna Mangan-Lawrence) after the two wash ashore in a lifeboat. Jenn warns Lucas and Mia about the creature, but they dismiss her claims. Jenn later discovers Lucas' pocketknife bloodied. When Jenn makes a desperate attempt to flee without the two, Mia knocks her out with a boat paddle. Later, Jenn regains consciousness, finds herself tied up, and tries to defend her actions. Mia reveals Jenn's past of fabricated lies, including one about being mugged before the group's trip. When Mia leaves, Lucas hints to participating in Zack's demise. Before Jenn can ask what happened to their friend, Mia is attacked by the monster. Lucas leaves Jenn tied up to fight it himself, but fails to save Mia, who is dragged into the water.

Who plays who in the Sweetheart movie?

Here is the full cast and characters of "Sweetheart" movie. Actors and actresses are sorted mostly in credits order.

When is Sweetheart movie release date?

"Sweetheart" movie release date was scheduled to be on January 28, 2019 (Sundance) and on October 22, 2019 (United States) distributing by Universal Pictures.

What are Sweetheart filming details?

"Sweetheart" movie is rated "PG-13", according to the MPAA film rating system.

What are critics and audiences saying about Sweetheart movie?

More information and reviews on "Sweetheart" movie you can get on the following websites.

Sweetheart on IMDB is available at:

Sweetheart on Wikipedia is available at: