Here are "Escape from Pretoria" movie trailer, plot summary, full cast and characters, release date, streaming services and everything we know so far.

Is there a trailer for Escape from Pretoria movie?

Momentum Pictures on Tuesday, January 21, 2020 released the trailer for "Escape from Pretoria" you can watch here:
ESCAPE FROM PRETORIA - Official Trailer. 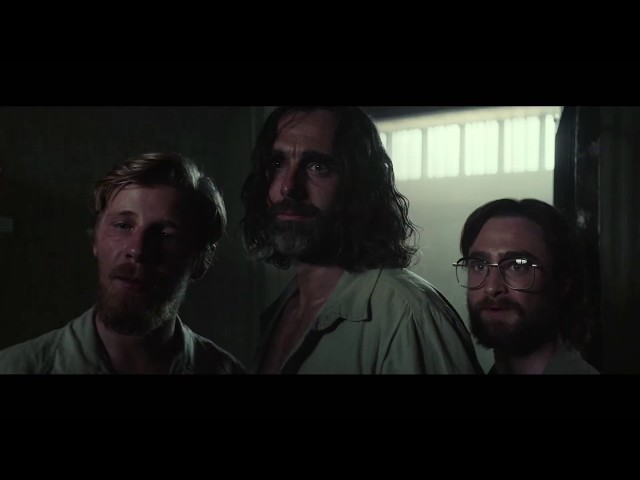 What is Escape from Pretoria movie plot?

Here is a short review of "Escape from Pretoria" movie plot summary.

In 1979, Tim Jenkin (Daniel Radcliffe) and Stephen Lee (Daniel Webber) are two white South Africans carrying out anti-apartheid missions in South Africa. They are arrested and prosecuted; Jenkin is sentenced to twelve years and Lee is sentenced to eight. At the courthouse Lee attempts to escape but to no avail. Transported to Pretoria Prison, they meet Denis Goldberg (Ian Hart), an older political prisoner serving four life sentences for previous work against apartheid. He shows them the ropes but discourages them from trying to escape.
Jenkin and Lee discuss escaping with another prisoner, Leonard Fontaine (Mark Leonard Winter). They settle in and go about their daily routines, but Jenkin starts to analyze the prison and think of ways to escape. He steals items from the wood shop to make wooden keys that fit the locks to their cells. He sneaks around the prison at night, making keys for other locks. Lee and Jenkin bury these keys in the prison garden while tending it and make many other preparations for their escape.
Fontaine and Jenkin do a test run by using keys to leave their cells. They hide in a closet as the night guard walks by. They use another key to leave the cell block, but they have to run back to their cells before they can use another key. The guards search everyone's cells the next day but fail to find anything. Later, Jenkin discovers that a new gun tower is being built. He, Fontaine and Lee present their plan to Goldberg and other prisoners who decide against trying to escape with them.
Jenkin, Lee and Fontaine execute their plan using the wooden keys. They gather tools hidden in various areas and change into street clothes. Once again, they hide in the closet to evade the night guard. Goldberg short-circuits the light in his cell, causing the electricity to go out and calls for the guard, distracting him so that the trio can reach the last door. They cannot get any of the keys to work on this door but Fontaine breaks it open using a chisel and screwdriver. They leave the prison and find a taxi to take them out of Pretoria. We learn that they reached London by way of Mozambique and Tanzania, that they continued to fight apartheid and that Goldberg was finally freed in 1985.

Who plays who in the Escape from Pretoria movie cast?

Here is the full cast and characters of "Escape from Pretoria" movie. Actors and actresses are sorted mostly in credits order.

When is Escape from Pretoria movie release date?

What are Escape from Pretoria filming details?

The duration of the film is 106 minutes. The film grossed over $2.4 million.

"Escape from Pretoria" movie is rated "PG-13", according to the MPAA film rating system.

What are critics and audiences saying about Escape from Pretoria movie?

"Escape from Pretoria" movie got high rating from critics. IMDB rating is 6.8/10. Rotten Tomatoes rating is 72/100.

More information and reviews on "Escape from Pretoria" movie you can get on the following websites.

Escape from Pretoria on IMDB is available at:

Escape from Pretoria on Wikipedia is available at: