Here are "The Empty Man" movie trailer, plot summary, full cast and characters, release date, streaming services and everything we know so far. 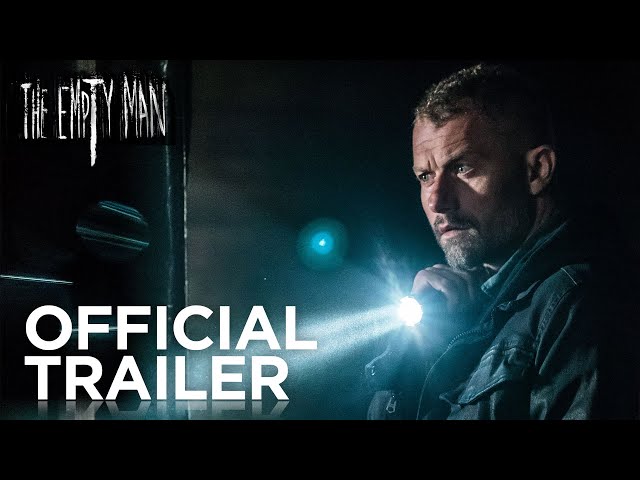 In the Ura Valley, Bhutan in 1995; four friends - Greg (Evan Jonigkeit), Fiona (Jessica Matten), Ruthie (Virginia Kull), and Paul (Aaron Poole) go hiking on a mountain. Paul hears something calling to him and falls in a crevice while investigating. Greg finds Paul in a catatonic state, staring at a strange skeleton. The group carries Paul out and Greg takes him to a refuge at an empty house as a snowstorm hits. The next day, Ruthie encounters a strange figure outside. That night, Paul whispers something into Ruthie's ear. The next day, Paul goes missing. The group finds him in the snow next to the bridge they crossed. Ruthie becomes dazed before stabbing Greg and slicing Fiona's throat and throwing their bodies over the cliff. She shares an entranced look with Paul before throwing herself off too.
In Missouri 2018, former detective James Lasombra (James Badge Dale) works at a security store and is grieving the death of his wife Allison and their son Henry who died in a car accident a year ago. He is friends with a local woman called Nora (Marin Ireland) and the pair are alarmed when Nora's daughter Amanda seemingly runs away. The pair find a message written in blood in the bathroom saying "The Empty Man made me do it". The police start an investigation. James tracks down Amanda's friend Devara and quizzes her.
Devara reveals that a couple nights ago, Devara, Amanda and their friends Brandon, Lisa, Julianne, Meyer, and Duncan were encouraged by Amanda to summon the Empty Man, a local legend. Amanda claims that on the first day, they will hear The Empty Man, the second day they will see him and on the third day, he will find them. They do the ritual and Devara later witnesses Amanda whispering into Brandon's ear. That night, Devara is attacked by The Empty Man who kills her with a pair of scissors and makes it seem like she killed herself. James is unable to track down the rest of Amanda's friends and investigates the bridge they were on. He blows into the bottle they used to summon The Empty Man before finding the hanged bodies of Brandon, Lisa, Julianne, Meyer, and Duncan with the same message written in blood that was found in Amanda's house, 'The empty man made me do it'.

Who plays who in the The Empty Man movie cast?

The duration of the film is 137 minutes. The film grossed over $4.2 million.

"The Empty Man" movie got average rating from critics. IMDB rating is 6/10. Rotten Tomatoes rating is 59/100. Audiences polled by CinemaScore gave the film an average grade of "D+" on a scale ranging from A+ to F.