Is there a trailer for Beast movie?

Universal Pictures on Wednesday, May 25, 2022 released the trailer for "Beast" you can watch here:
Beast | Official Trailer. 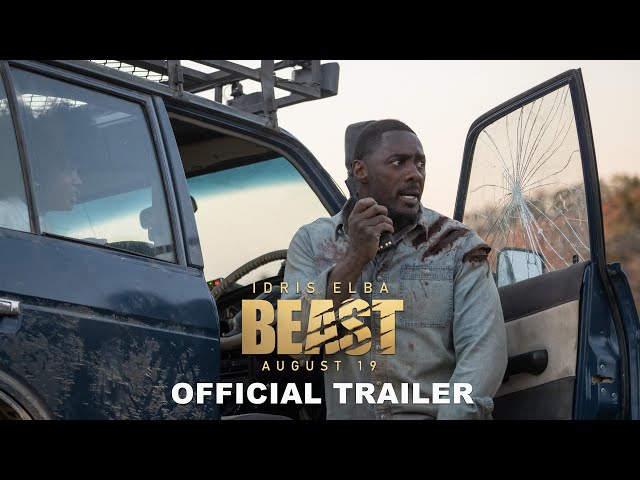 What is Beast movie plot?

Here is a short review of "Beast" movie plot summary.

Recently widowed Dr. Nate Samuels (Idris Elba) and his teenage daughters, Meredith (Iyana Halley) and Norah, arrive at the Mopani Reserve in South Africa for a vacation. Nate reunites with his old friend, Martin Battles (Sharlto Copley), a biologist and Mopani manager, who introduced Nate and his wife. Martin takes Nate and the girls to the village where Nate's wife grew up. Nate confides to Martin his guilt over being distant after separating from his wife, after which she developed terminal cancer. The trip is to reconnect with his daughters.
The next day, Martin and the family tour the reserve's restricted areas. Martin shows them a local lion pride and notices that one is injured. At a nearby Tsonga community, Martin discovers most of the population is dead. Suspecting a lion is responsible, Martin rushes back to report the finding. Nate encounters an injured Tsonga man on the road but is unable to save him. Martin is mauled as he tracks the lion. It then ambushes Nate, who takes cover in the car. Meredith speeds away, but crashes into a tree, stranding them.
Martin radios Nate on a walkie-talkie, warning him to stay away, saying the lion is using Martin as bait to lure the others out. As the radio is out of range to contact help, Nate assembles a tranquilizer rifle. He confronts the lion, hoping to subdue it long enough to recover Martin and trek back to civilization. The lion attacks and Meredith takes advantage of the distraction to save Martin. Norah stabs the lion with a tranquilizer dart after it knocks the gun from Nate's hands, causing the lion to retreat. Meredith brings Martin back to the car and Nate treats his wound.

Who plays who in the Beast movie cast?

Here is the full cast and characters of "Beast" movie. Actors and actresses are sorted mostly in credits order.

When is Beast movie release date?

What are Beast filming details?

What are critics and audiences saying about Beast movie?

"Beast" movie got average rating from critics. IMDB rating is 5.9/10. Audiences polled by CinemaScore gave the film an average grade of "B" on a scale ranging from A+ to F.

More information and reviews on "Beast" movie you can get on the following websites.

Beast on IMDB is available at:

Beast on Wikipedia is available at: