Is there a trailer for Hitman's Wife's Bodyguard movie? 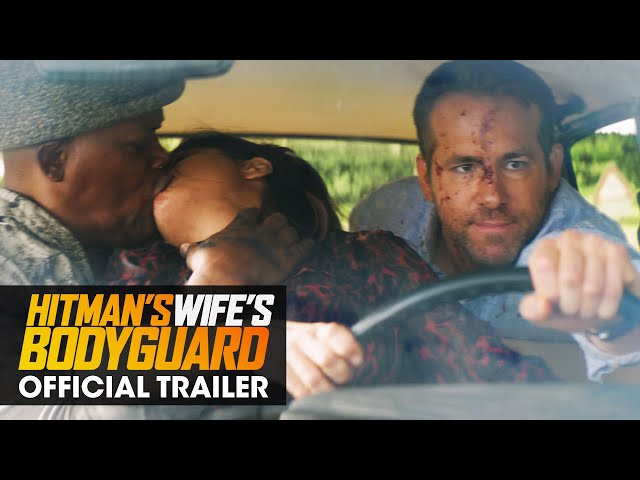 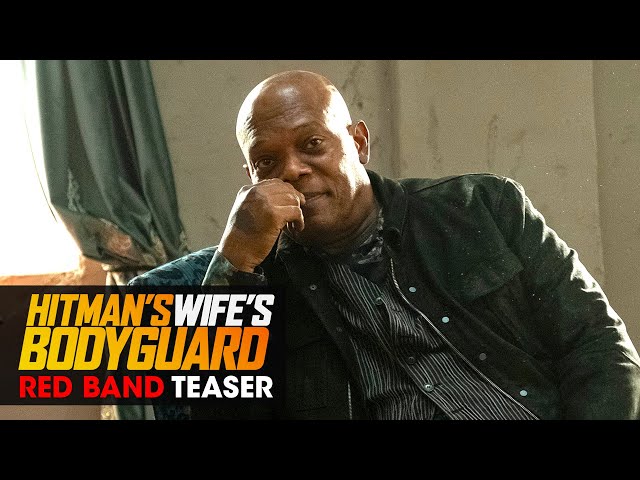 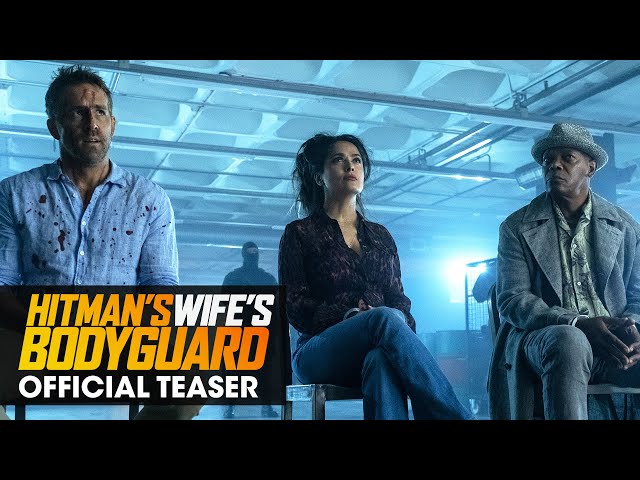 Michael Bryce (Ryan Reynolds) is set to give up on being a bodyguard again and making peace with it, until Sonia Kincaid (Salma Hayek) finds him and asks for his help. She needs his help in recovering her hitman husband Darius (Samuel L. Jackson), after he is taken by mobsters. After getting him back, they are caught by Interpol agent Bobby O'Neill (Frank Grillo), who needs their help in locating a terrorist mastermind named Aristotle Papadopoulos, who wants to destroy the European power grid and infrastructure since the European Union is planning to impose more sanctions on Greece.
The trio get into more trouble, with Bryce taking much of the physical brunt of their encounters. After getting help from his bodyguard stepfather, Bryce Senior, the trio are captured by Aristotle's henchmen. He has a history with Sonia since he was conned by her even though he genuinely fell in love with her. After turning her against Kincaid, he and Bryce are forced to flee. To make matters worse, Senior turns out to be working with Aristotle and turns his back on Bryce.
Bryce and Kincaid soon put aside their issues and work together to rescue Sonia and stop Aristotle. After killing Aristotle's henchmen, they disrupt his plan to use a power drill to break into the European power grid and fight Aristotle and Senior. Bryce kills Senior while Kincaid and Sonia kill Aristotle, and Bryce manages to hit the manual override to destroy the ship and stop the drill, but the three manage to survive the explosion. O'Neill says they have to stay on boat for 48 hours together before being cleared free, then hands Bryce papers to sign which he thinks is his AAA license. Bryce signs them only to find out they are adoption papers for him to be the son of Sonia and Kincaid.

Who plays who in the Hitman's Wife's Bodyguard movie cast?

Here is the full cast and characters of "Hitman's Wife's Bodyguard" movie. Actors and actresses are sorted mostly in credits order.

What are critics and audiences saying about Hitman's Wife's Bodyguard movie?

"Hitman's Wife's Bodyguard" movie got average rating from critics. IMDB rating is 6.5/10. Rotten Tomatoes rating is 25/100. Audiences polled by CinemaScore gave the film an average grade of "B" on a scale ranging from A+ to F.

More information and reviews on "Hitman's Wife's Bodyguard" movie you can get on the following websites.

Hitman's Wife's Bodyguard on IMDB is available at:

Hitman's Wife's Bodyguard on Wikipedia is available at: