Is there a trailer for Blue Bayou movie?

Focus Features on Tuesday, July 13, 2021 released the trailer for "Blue Bayou" you can watch here:
BLUE BAYOU - Official Trailer - Only in Theaters September 17. 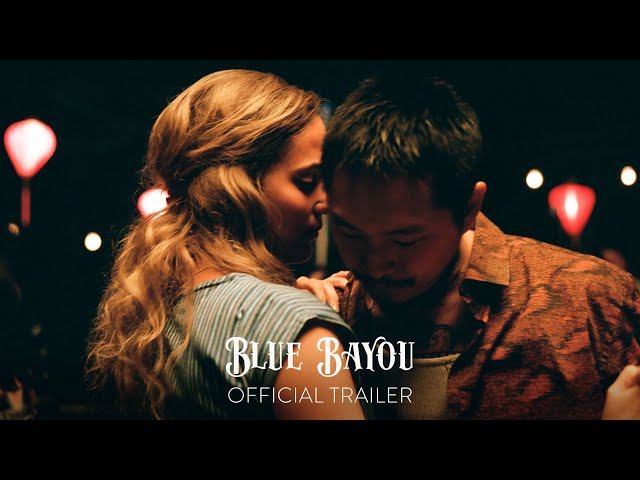 What is Blue Bayou movie plot?

Antonio LeBlanc (Justin Chon) is a Korean American adopted immigrant and tattoo artist living outside New Orleans with his pregnant wife Kathy (Alicia Vikander), who is also a rehabilitation nurse, and her biological daughter Jessie (Sydney Kowalske). Due to his criminal record, he is unable to find additional employment to support his family, though Kathy offers to resume working to help make ends meet. After being physically harassed by NOPD officers Ace (Mark O'Brien) and Denny (Emory Cohen), the former being Jessie's absent biological father, Antonio is violently arrested. He is placed into ICE custody and faces deportation when it is revealed that his adoptive parents never naturalized him pursuant to Child Citizenship Act of 2000. Antonio and Kathy seek to appeal his deportation with the help of immigration lawyer Barry Boucher (Vondie Curtis-Hall), who warns that if his appeal fails, he can never return to America again. He also informs them that he needs $5,000 for a retainer to begin representing them.
Antonio strikes up a friendship with Parker (Linh Dan Pham), a Vietnamese refugee with terminal cancer who came to America with her father when she was a child, and whose mother had died during the journey. After giving her a tattoo of a Fleur-de-lis, she invites his family to a communal cookout at her home. Still unable to afford Barry's services, Antonio and his friends resort to stealing motorcycles and selling them, with Antonio nearly getting caught. Antonio pays Barry, claiming that the money was an advance from work, which Kathy finds suspicious. Barry tells Antonio that due to his criminal record and a lack of factors that would make his appeal favorable, his best chance is to seek support from his adoptive mother, who is still alive - something Antonio had hid from Kathy. Deeply hurt over this lack of disclosure and even more devastated by his refusal to contact her (due to her refusal to defend themselves against his physically-abusive adoptive father), she leaves with Jessie and moves in with her mother. Having begun to lose hope, Antonio severs his friendship with Parker.

Who plays who in the Blue Bayou movie cast?

Here is the full cast and characters of "Blue Bayou" movie. Actors and actresses are sorted mostly in credits order.

What are Blue Bayou filming details?

"Blue Bayou" movie is rated "R", according to the MPAA film rating system.

Principal photography began in October 2019, and concluded by December.

What are critics and audiences saying about Blue Bayou movie?

More information and reviews on "Blue Bayou" movie you can get on the following websites.

Blue Bayou on IMDB is available at:

Blue Bayou on Wikipedia is available at: