Here are "Holiday in the Wild" movie trailer, plot summary, full cast and characters, release date and everything we know so far.

Is there a trailer for Holiday in the Wild movie? 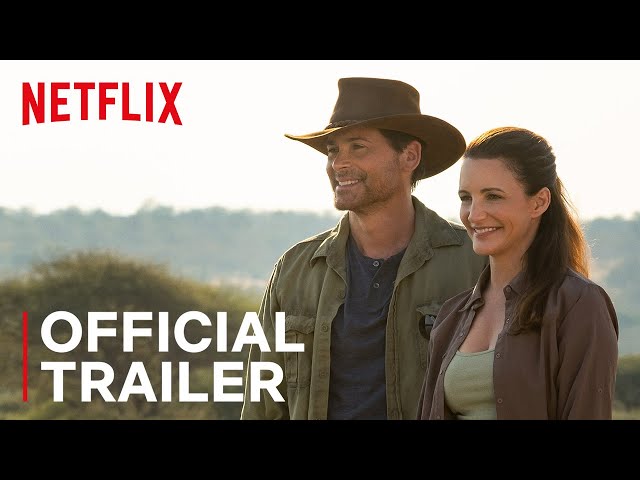 What is Holiday in the Wild movie plot?

Here is a short review of "Holiday in the Wild" movie plot summary.

After their son Luke (John Owen Lowe) leaves for college, Kate Conrad (Kristin Davis) surprises her husband Drew (Colin Moss) with a second honeymoon to Zambia. Drew confesses that he is no longer in love with her and was waiting for their son to go to college before ending the marriage. Kate decides to go on the trip alone. At dinner that evening, a man at the bar, Derek (Rob Lowe), notices her and strikes up a conversation with her. Kate irritably confesses her situation and then leaves in a huff. The next day, Kate arrives for a chartered flight to her next resort, only to find Derek is the pilot. During the flight, Derek unexpectedly lands the plane in the wild. They discover a traumatized baby elephant whose mother has been killed by poachers. Kate is intrigued by the elephant and when the rescue team arrives, Kate offers her services.
At the sanctuary, Kate meets Derek's South African girlfriend, Leslie, who is part of the foundation that funds the sanctuary. She forms a special bond with the elephant she and Derek found, and Derek's friend Jonathan (Fezile Mpela) suggests the name "Manu", which means "second son". Kate extends her stay, even celebrating the Christmas season at the sanctuary. Her relationship with Derek deepens as they talk about their previous lives. But Kate is upset when she receives divorce papers from Drew at the Sanctuary. Luke comes to the sanctuary for Christmas and confesses he is unhappy in his business course; he wants to be a musician. Kate discourages him from this.
Leslie is angered when she discovers a portrait of Kate that Derek drew. Leslie asks Derek to go away with her, but he refuses and breaks up with her. She retorts that the board will cut funding for the sanctuary. Kate finally returns to New York, where she takes a job as a vet. She convinces her son to continue in college, but to study music. On New Year's Eve, Kate calls Jonathan, and he relays that the sanctuary cannot continue operating much longer due to the cut in funding. Kate begins a fundraising campaign by asking for help from her friends and ex-husband, and also sells her jewelry and other things. The fundraising is successful and the sanctuary stays afloat. After visits from pampered pets, Kate realizes her job as a vet in New York is not fulfilling her, so she sells her apartment then buys a one-way ticket back to Zambia to be with Derek and the elephants.

Who plays who in the Holiday in the Wild movie?

Here is the full cast and characters of "Holiday in the Wild" movie. Actors and actresses are sorted mostly in credits order.

When is Holiday in the Wild movie release date?

"Holiday in the Wild" movie release date was scheduled to be on November 1, 2019 distributing by Netflix.

What are Holiday in the Wild filming details?

What are critics and audiences saying about Holiday in the Wild movie?

"Holiday in the Wild" movie got average rating from critics. IMDB rating is 6.1/10. Rotten Tomatoes rating is 38/100.

More information and reviews on "Holiday in the Wild" movie you can get on the following websites.

Holiday in the Wild on IMDB is available at:

Holiday in the Wild on Wikipedia is available at: