Is there a trailer for Stuber movie? 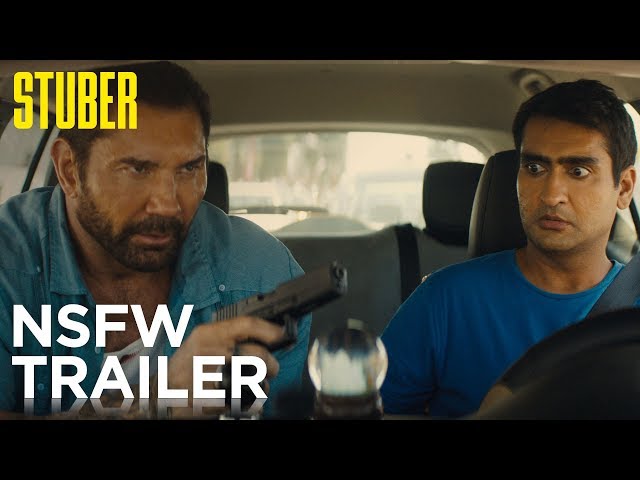 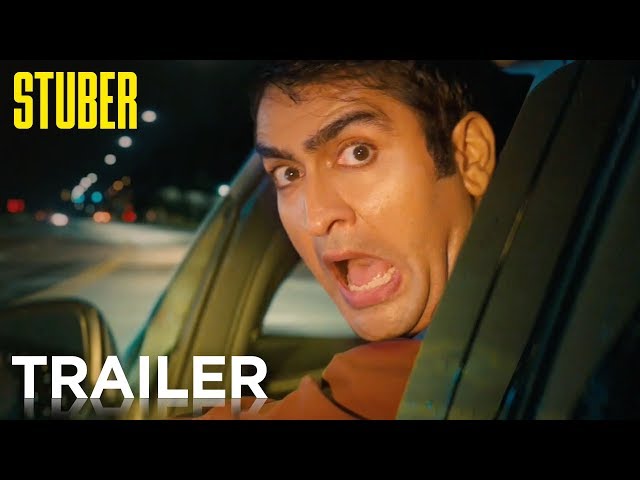 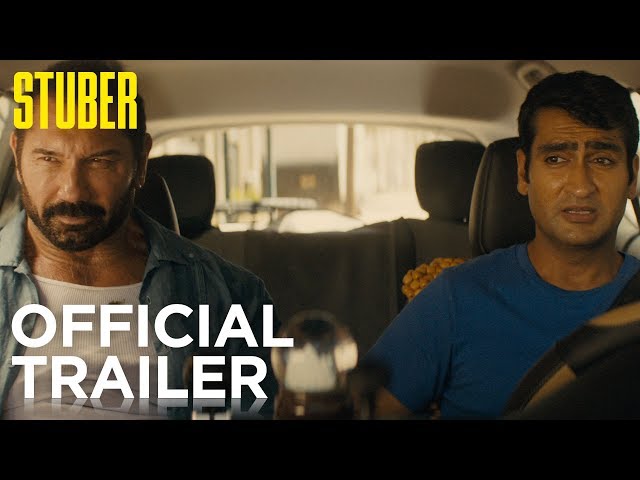 What is Stuber movie plot?

Here is a short review of "Stuber" movie plot summary.

Vic Manning (Dave Bautista), an aggressive Los Angeles Police Department detective, is in pursuit of notorious drug lord Oka Tedjo (Iko Uwais), who six months earlier murdered Vic's partner, Sara Morris (Karen Gillan), after which Vic's superior, Captain McHenry, places him on leave. Because his pursuit of Tedjo during that encounter was hampered when his glasses were knocked off his face, Vic undergoes corrective laser eye surgery. This requires him to remain off duty for an additional day or two, due to his reduced vision as his eyes heal. However, when an informant contacts him with a lead on Tedjo's current whereabouts, he calls for an Uber and is picked up by Stu Prasad (Kumail Nanjiani), an unassuming driver who diligently performs his job with an eye on the reviews he receives on the Uber app.
Vic's investigation leads him and a reluctant Stu around Los Angeles. Along the way, Stu deals with both Vic's violent and reckless behavior and his own feelings for a woman named Becca (Betty Gilpin), a close friend and business partner with whom he plans to open a spin biking business. Becca, having broken up with her boyfriend, wants Stu to come over for casual sex, but Stu is genuinely in love with her and wants a more serious relationship. As Stu and Vic get to know one another, they confront each other about Stu's lack of courage with Becca, while Stu criticizes Vic for his toxic masculinity and his insensitive treatment of his daughter Nicole (Natalie Morales), a sculptor.
At a house in Long Beach, Vic detains a key suspect of his investigation and rescues a Pit Bull Terrier named Pico (Stroker) from being fed packets of drugs. After Stu accidentally shoots the suspect in the leg, Vic leads them to an animal hospital, where both the suspect and Pico receive medical attention from the vet. After Vic learns from the suspect that Tedjo will be making a drug drop later that night, they are ambushed by a group of Tedjo's men, who taunt Vic about his daughter's art exhibition that same evening. With Stu's help, Vic dispatches the thugs and races to Nicole's exhibition to warn her about the potential danger, but she is fed up with her father's obsession with hunting down Tedjo. Afterwards, Stu drops off Vic near the drop location and calls Becca, admitting to her his feelings for her, but then telling her they cannot be friends anymore since he knows she does not feel the same way. At the drop Vic calls for backup but Stu notices only a lone police car heading his way.

Who plays who in the Stuber movie cast?

Here is the full cast and characters of "Stuber" movie. Actors and actresses are sorted mostly in credits order.

When is Stuber movie release date?

What are Stuber filming details?

"Stuber" movie is rated "R", according to the MPAA film rating system.

What are critics and audiences saying about Stuber movie?

"Stuber" movie got average rating from critics. IMDB rating is 6.2/10. Rotten Tomatoes rating is 41/100. Audiences polled by CinemaScore gave the film an average grade of "B" on a scale ranging from A+ to F.

More information and reviews on "Stuber" movie you can get on the following websites.

Stuber on IMDB is available at:

Stuber on Wikipedia is available at: