Is there a trailer for Onward movie?

Pixar on Tuesday, December 17, 2019 released the trailer for "Onward" you can watch here:
Onward | Official Trailer 2. 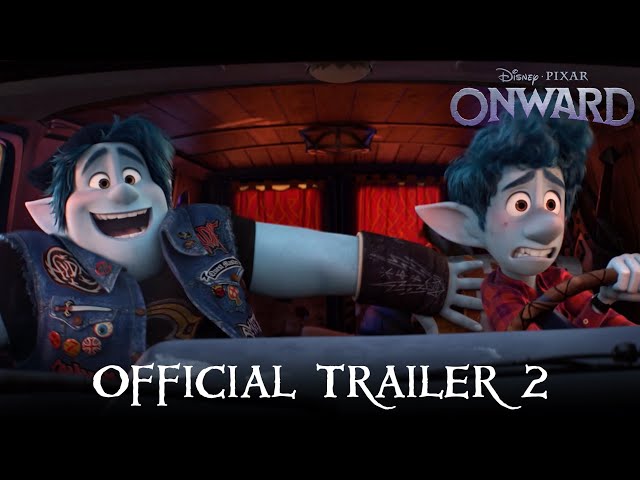 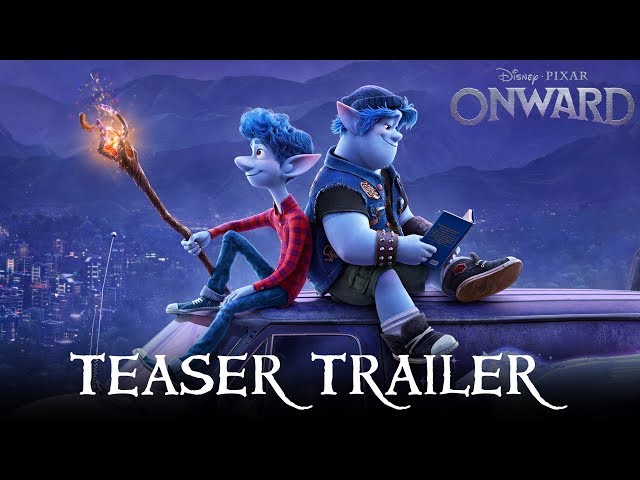 What is Onward movie plot?

Here is a short review of "Onward" movie plot summary.

In a world inhabited by mythic creatures, magic was commonplace several millennia ago, though difficult to master. After technological advances over the centuries, magic became obsolete and was largely discarded. In the modern-day, two elf brothers, Ian (Tom Holland) and Barley Lightfoot (Chris Pratt), live in New Mushroomton. The younger brother, Ian, is a high-school student struggling with self-confidence, and the older brother, Barley, is an enthusiastic yet impulsive role-playing gamer and historical fanatic. Their father, Wilden (Kyle Bornheimer), died of a severe illness shortly before Ian was born, and their mother Laurel (Julia Louis-Dreyfus) has a new boyfriend, centaur police officer Colt Bronco (Mel Rodriguez), whom Ian and Barley dislike.
On Ian's sixteenth birthday, Laurel gives her sons a gift from Wilden: a magical staff, a rare Phoenix gem, and a letter describing a "visitation spell" that can resurrect their father for a single day. Ian succeeds in casting the spell but is unable to finish it before Barley intervenes, forcefully offering his help. As a result, only the lower half of Wilden's body is reformed before the gem disintegrates. The brothers embark on a quest to acquire another gem and complete the spell, taking Barley's beloved van "Guinevere." Finding the boys gone, Laurel leaves to look for them.
Ian and Barley visit the Manticore's Tavern, in the hopes of finding a map to another gem. However, the tavern has become a family restaurant managed by the Manticore ("Corey" for short). While arguing with Ian over the map, Corey (Octavia Spencer) realizes how unfulfilling her life has become and drives the customers away in a fit of insanity, accidentally setting fire to the restaurant and the map. The brothers' only clue to the gem is a children's menu suggesting "Raven's Point," a nearby mountain. Laurel later arrives at the scene and befriends Corey, who agrees to help her track both of them down. Corey warns Laurel that the brothers' journey may awaken a curse that can only be defeated by her sword which is currently held at a pawn shop. After incapacitating the shop clerk and stealing the sword, they end up in a car accident that forces Corey to regain the use of her wings to catch up with Ian and Barley.

Who plays who in the Onward movie cast?

Here is the full cast and characters of "Onward" movie. Actors and actresses are sorted mostly in credits order.

When is Onward movie release date?

What are Onward filming details?

"Onward" movie is rated "PG", according to the MPAA film rating system.

What are critics and audiences saying about Onward movie?

"Onward" movie got high rating from critics. IMDB rating is 7.4/10. Rotten Tomatoes rating is 88/100. Audiences polled by CinemaScore gave the film an average grade of "A-" on a scale ranging from A+ to F.

More information and reviews on "Onward" movie you can get on the following websites.

Onward on IMDB is available at:

Onward on Wikipedia is available at: