Here are "Untouchable" movie trailer, plot summary, full cast and characters, release date and everything we know so far.

Is there a trailer for Untouchable movie?

Hulu on Wednesday, July 17, 2019 released the trailer for "Untouchable" you can watch here:
Untouchable Trailer (Official) • A Hulu Original Documentary. 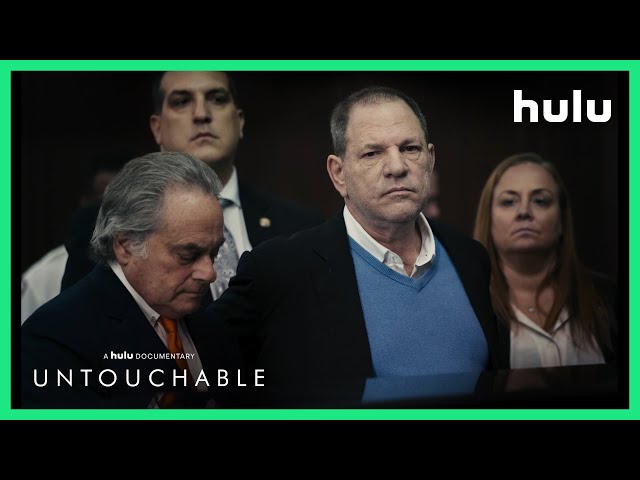 What is Untouchable movie plot?

Here is a short review of "Untouchable" movie plot summary.

Investigation about one of the most media cases of the early 21st Century that it created all a revolution around the world-wide: Harvey Weinstein. Born and raised in the New York City of the 50s and 60s years, Harvey and his brother Bob (Kathy Declesis) were capable to create a little company named Miramax, that eventually was turning along the the 80s and 90s in one of the most important and multi-awarded movie companies of the late 20th Century. But behind the money, glamour, upper-class parties and the awards gala was hidden a scaring reality unknown for everyone except for those to unfortunately lived it: a man of success with a dark side which along some decades forced and abused about a hundred women, in an empire of silence and horror that seemed have no end. Using testimonies and interviews to his victims, Weinstein's former colleagues and an extensive work of documentation, Untouchable examines not only the global impact of the before famous and after infamous Hollywood's mogul but how it unwittingly did to rise the world movement for equality #MeToo.

Who plays who in the Untouchable movie?

Here is the full cast and characters of "Untouchable" movie. Actors and actresses are sorted mostly in credits order.

When is Untouchable movie release date?

What are Untouchable filming details?

What are critics and audiences saying about Untouchable movie?

More information and reviews on "Untouchable" movie you can get on the following websites.

Untouchable on IMDB is available at:

Untouchable on Wikipedia is available at: