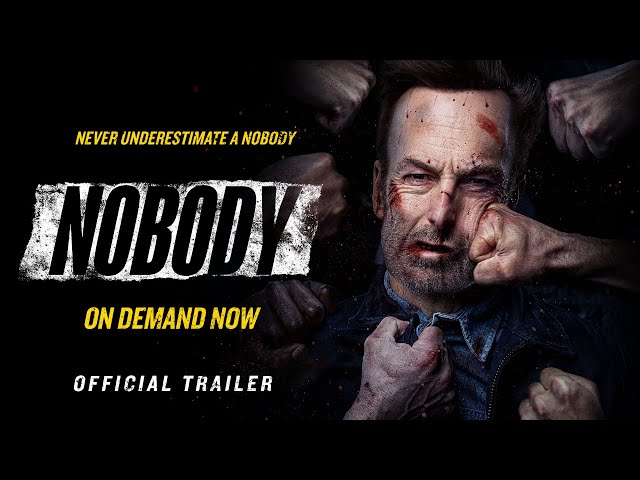 Hutch Mansell (Bob Odenkirk) is a seemingly ordinary man; he has two children with his wife Becca (Connie Nielsen), has an unremarkable job as an office worker in his father-in-law Eddie's metal fabrication company, and generally keeps to himself. The tedium of his life is slowly grinding on him, he and his wife have not been intimate in years, and his son Blake has no respect for him. Only his daughter, Sammy, shows him any affection.
One night, a man and woman break into his house and hold him at gunpoint, demanding money. Hutch gives them his watch, but when they try to leave, Blake tackles one of them. Hutch is about to attack them with a golf club, but stops himself and lets them get away, resulting in Blake getting a black eye. The incident causes Blake to drift even further away from his father, and everyone in Hutch's life, from his neighbor to his brother-in-law at work, asks him why he did not try to stop the burglars. Hutch contacts his supposedly deceased half-brother Harry (RZA) on a hidden radio in his office and explains that he held back as the burglars were desperate, scared, and using an unloaded gun.
Later that day, Sammy asks her father for help finding her bracelet, which Hutch believes the thieves took. Without saying a word, he goes to see his elderly father David (Christopher Lloyd), and borrows his old FBI badge and gun to track down the burglars. He finds their apartment and threatens them, but when he realizes they robbed him to get money to pay for their sick baby's medical treatment, he leaves in shame. The bus he takes home is stopped by a gang of thugs who threaten a young woman and Hutch takes out his frustration by savagely beating all of them, ostensibly in defense of the woman. When one of them is having trouble breathing after getting hit in the neck, he saves his life by a makeshift tracheostomy using a drinking straw.

Who plays who in the Nobody movie cast?

What are critics and audiences saying about Nobody movie?

"Nobody" movie got high rating from critics. IMDB rating is 7.5/10. Audiences polled by CinemaScore gave the film an average grade of "A-" on a scale ranging from A+ to F.