Is there a trailer for Apex movie? 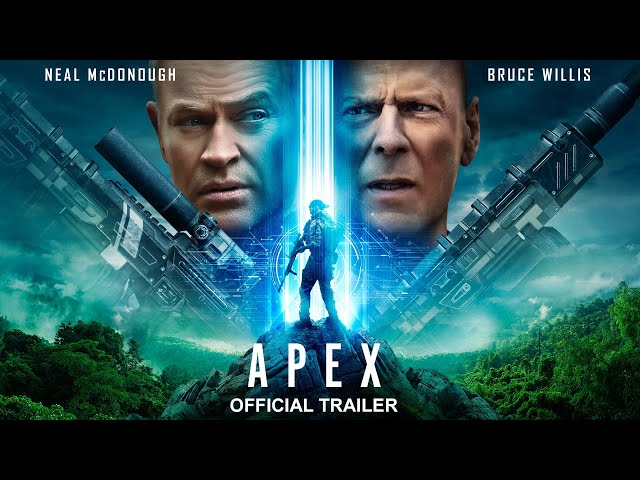 What is Apex movie plot?

Here is a short review of "Apex" movie plot summary.

A group of hunters pays for an elite hunt on a desert island - hunting for a man. Everything goes as planned until the hunters are the prey. Former policeman James Malone (Bruce Willis) is serving a life sentence for a crime he did not commit. He is given a chance to regain freedom if he survives a deadly game in which a group of hunters pays for the pleasure of hunting another human on a remote island. Malone accepts the rules, and when he arrives, he unleashes all hell by creating traps and waging a psychological war against the hunters. Loosely based on The Most Dangerous Game.

Who plays who in the Apex movie cast?

Here is the full cast and characters of "Apex" movie. Actors and actresses are sorted mostly in credits order.

When is Apex movie release date?

"Apex" movie release date was scheduled to be on November 12, 2021 distributing by RLJE Films, AMC+ and Première TV Distribution.

What are Apex filming details?

What are critics and audiences saying about Apex movie?

"Apex" movie got average rating from critics. IMDB rating is 3/10.

More information and reviews on "Apex" movie you can get on the following websites.

Apex on IMDB is available at:

Apex on Wikipedia is available at: