Is there a trailer for Downton Abbey: A New Era movie?

Focus Features on Wednesday, May 18, 2022 released the trailer for "Downton Abbey: A New Era" you can watch here:
DOWNTON ABBEY: A NEW ERA - Official Trailer 2 - Only in Theaters Friday. 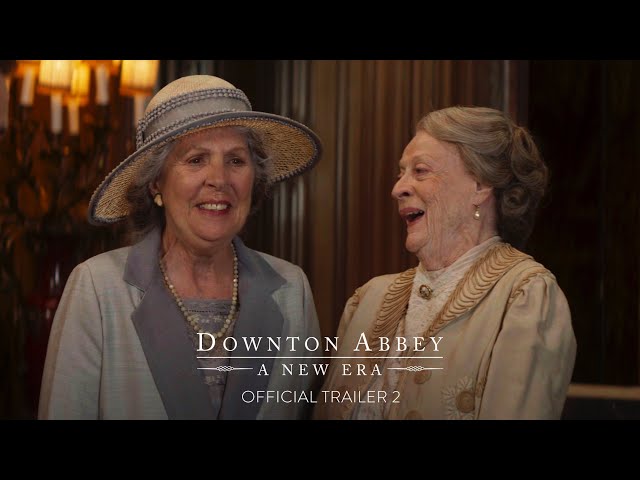 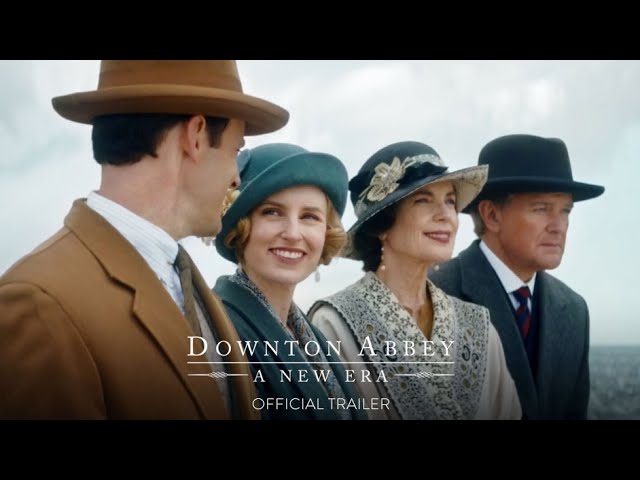 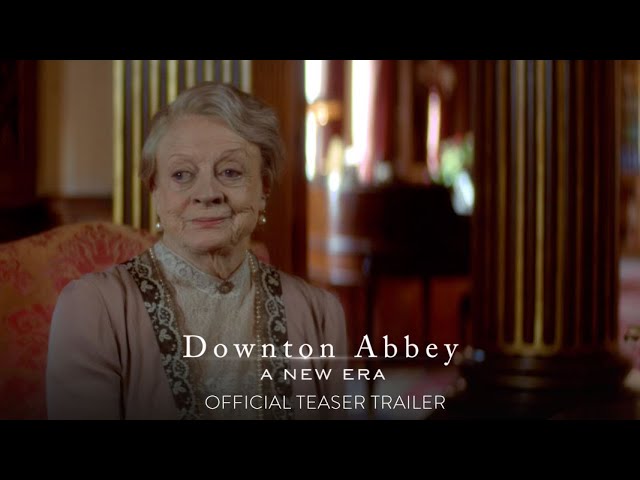 What is Downton Abbey: A New Era movie plot?

In 1928, guests fill the church on the Brampton Estate, the seat of Lady Bagshaw, for the wedding of the Earl of Grantham's son-in-law Tom Branson (Allen Leech) to Lucy Smith. Lord Grantham's cousin, Lady Maude Bagshaw, has named Lucy, her secret illegitimate daughter, as the sole heir to her extensive estate. Shortly after, the Dowager Countess Violet Crawley (Maggie Smith) informs the family that she recently inherited a villa in southern France from the Marquis de Montmirail (Jonathan Zaccaï), a gentleman she knew in the 1860s. His son, the new Marquis, has invited the family to visit. The ailing Violet is not well enough to travel, but she is particularly eager for Tom and Lucy to go, as she has decided to transfer ownership of the villa to Sybbie (Fifi Hart), Tom's young daughter with his late wife, Lady Sybil Crawley. Sybbie is Violet's only great-grandchild not otherwise set to inherit an estate. Tom and Lucy, together with Violet's son, Robert (Hugh Bonneville) Crawley (Lord Grantham), his wife Cora (Elizabeth McGovern), their daughter Lady Edith (Laura Carmichael), and her husband Lord Bertie Pelham (Harry Hadden-Paton), the Marquess of Hexham. Travelling with them are Robert's valet, Bates, and Cora's maid, Baxter.
Meanwhile, a film crew wishes to use Downton as a filming location for a silent film called, The Gambler. Though Robert is initially opposed, his eldest daughter and estate manager, Lady Mary Talbot (Michelle Dockery), says the money from the film company would pay for replacing Downton's leaky roof. The Downton staff are intrigued by the chance to see the film stars, especially leading man Guy Dexter (Dominic West) and leading lady Myrna Dalgleish (Laura Haddock). Retired Downton butler, Mr Carson (Jim Carter), is horrified that a film is being made there, so Lady Mary persuades him to accompany the family to France while she oversees the film crew.

Who plays who in the Downton Abbey: A New Era movie cast?

Here is the full cast and characters of "Downton Abbey: A New Era" movie. Actors and actresses are sorted mostly in credits order.

When is Downton Abbey: A New Era movie release date?

What are Downton Abbey: A New Era filming details?

The duration of the film is 125 minutes. The film grossed over $29.7 million.

"Downton Abbey: A New Era" movie is rated "PG", according to the MPAA film rating system.

What are critics and audiences saying about Downton Abbey: A New Era movie?

More information and reviews on "Downton Abbey: A New Era" movie you can get on the following websites.

Downton Abbey: A New Era on IMDB is available at:

Downton Abbey: A New Era on Wikipedia is available at: