Here are "The Black Phone" movie trailer, plot summary, full cast and characters, release date, streaming services and everything we know so far.

Is there a trailer for The Black Phone movie?

Universal Pictures on Tuesday, April 26, 2022 released the trailer for "The Black Phone" you can watch here:
The Black Phone - Official Trailer 2. 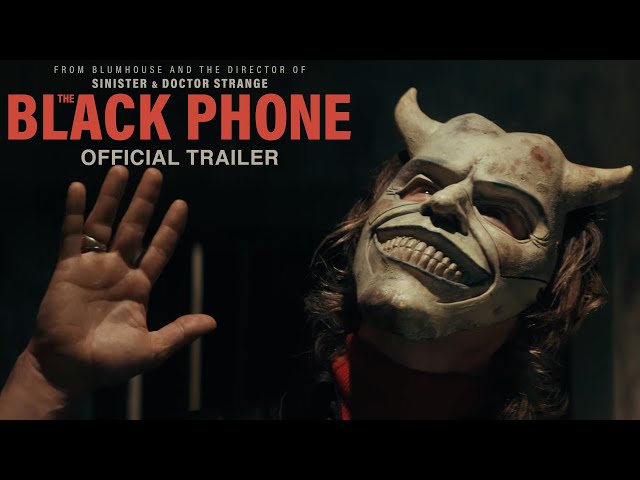 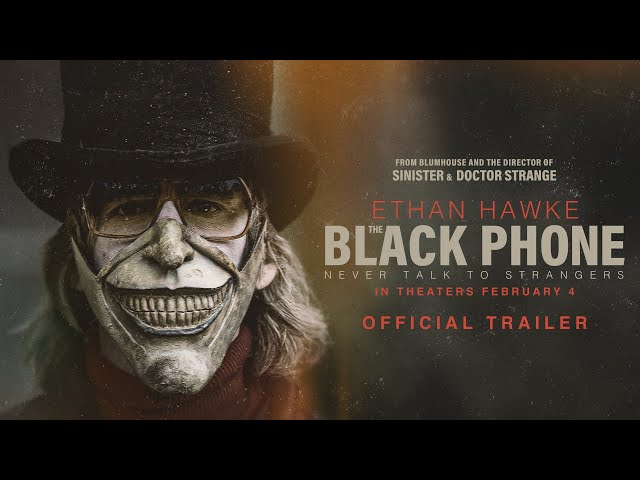 What is The Black Phone movie plot?

Here is a short review of "The Black Phone" movie plot summary.

In 1978, a serial child abductor nicknamed "The Grabber" (Ethan Hawke) is prowling the streets of a Denver suburb. Siblings Finney (Mason Thames) and Gwen (Madeleine McGraw) live in the area with their alcoholic widower father who beats them. At school, Finney is frequently bullied and harassed. He strikes up a friendship with another kid, Robin (Miguel Cazarez Mora), who fends off the bullies and encourages Finney to stand up for himself. One of Finney's friends; Bruce (Tristan Pravong), is abducted by The Grabber. Gwen, who is able to have psychic dreams much like her mother before her suicide, dreams of Bruce's kidnapping. Curious as to how Gwen knows details of the kidnapping that they never released publicly, Detectives Wright and Miller interview Gwen but struggle to believe her claims. Robin is abducted by The Grabber.
Days later while walking home, Finney encounters The Grabber and is also abducted. He awakens in a small, soundproofed basement and is terrified by the mask-wearing Grabber. In the basement is a disconnected black phone that The Grabber says does not work. Later, Finney hears the phone ring and answers it. Bruce speaks to him, unable to remember his own name or what he did when he was alive. He tells Finney about a floor tile he can remove to dig a tunnel and escape.
The police search for Finney is unsuccessful. The Grabber brings Finney some food and leaves the door to the basement unlocked. Finney prepares to sneak out but is stopped by another boy on the phone called Billy (Jacob Moran). He explains this is a game that The Grabber plays, and he is waiting upstairs to attack Finney if he leaves the basement. Billy instructs him to use a wire he had found to get out via the basement window. While climbing Finney ends up breaking the bars on the window preventing him from climbing back up. Gwen dreams of Billy being abducted and confides in her father about what is happening.

Who plays who in the The Black Phone movie cast?

Here is the full cast and characters of "The Black Phone" movie. Actors and actresses are sorted mostly in credits order.

When is The Black Phone movie release date?

What are The Black Phone filming details?

"The Black Phone" movie is rated "R", according to the MPAA film rating system.

Principal photography began on February 9, 2021, and concluded on March 27.

What are critics and audiences saying about The Black Phone movie?

"The Black Phone" movie got high rating from critics. IMDB rating is 7.4/10.

More information and reviews on "The Black Phone" movie you can get on the following websites.

The Black Phone on IMDB is available at:

The Black Phone on Wikipedia is available at: