Here are "The Beach Bum" movie trailer, plot summary, full cast and characters, release date, streaming services and everything we know so far.

Is there a trailer for The Beach Bum movie? 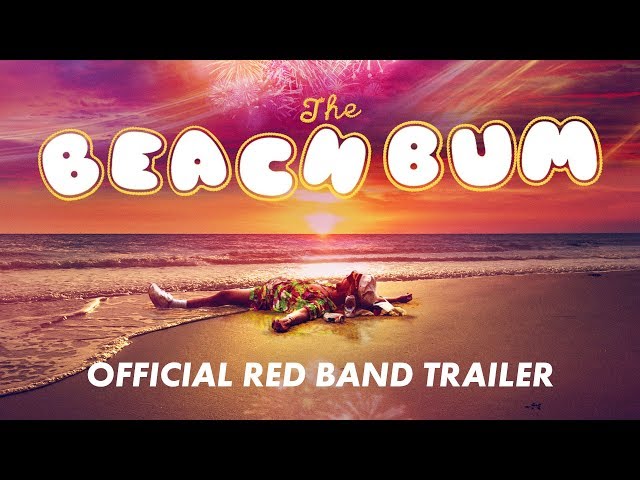 What is The Beach Bum movie plot?

Here is a short review of "The Beach Bum" movie plot summary.

Substance abusing poet Moondog (Matthew McConaughey) lives a hedonistic and pseudo-nomadic lifestyle in and around the Florida Keys while slowly working on his new book and enjoying life as a local legend despite the common opinion that he is past his prime. His escapades are funded by his wealthy wife Minnie (Isla Fisher), to the disapproval of their soon-to-wed daughter Heather (Stefania LaVie Owen) and his agent Lewis (Jonah Hill). The promiscuous Moondog engages in sexual relationships with many women on his journeys, while Minnie engages in a secret affair with Moondog's friend, R&B singer Lingerie (Snoop Dogg).
After arriving late to Heather's wedding in Miami, Moondog drunkenly gropes the groom, Frank (Joshua Ritter), in front of the audience. Later, during a talk about Moondog's crude behavior, Minnie confesses her affair to her daughter. Meanwhile, Lingerie shows Moondog a potent strain of cannabis, endemic to an isolated pond in Jamaica, which he claims to be responsible for his success. During the reception, Moondog reconciles with Heather and Frank while they cut the cake. He later witnesses Minnie and Lingerie kissing and runs off. Minnie tracks down Moondog at a local bar, and the two enjoy a night of intoxicated karaoke and dancing; culminating with Minnie drunkenly driving into oncoming traffic. Moondog escapes with minor injuries but Minnie dies in the hospital shortly after.
Half of Minnie's estate goes to Heather, while Moondog's half is frozen and placed under Heather's control; she will grant it to him once he proves he can mature and finish his novel. In retaliation, and due to Lewis' refusal to book seminars for Moondog due to his work ethic, Moondog and a group of homeless people break into and trash Minnie's mansion. To avoid prison time, he agrees to a year of rehabilitation but breaks out of the facility with a pyromaniac named Flicker (Zac Efron). The two engage in a night of debauchery and part ways as Moondog makes his way back to Miami.

Who plays who in the The Beach Bum movie cast?

Here is the full cast and characters of "The Beach Bum" movie. Actors and actresses are sorted mostly in credits order.

When is The Beach Bum movie release date?

What are The Beach Bum filming details?

The duration of the film is 95 minutes. With a budget of $5 million, the film grossed over $4.6 million.

"The Beach Bum" movie is rated "R", according to the MPAA film rating system.

What are critics and audiences saying about The Beach Bum movie?

"The Beach Bum" movie got average rating from critics. IMDB rating is 5.5/10. Rotten Tomatoes rating is 56/100. The audience dislikes the film either.

More information and reviews on "The Beach Bum" movie you can get on the following websites.

The Beach Bum on IMDB is available at:

The Beach Bum on Wikipedia is available at: