Is there a trailer for Earthquake Bird movie? 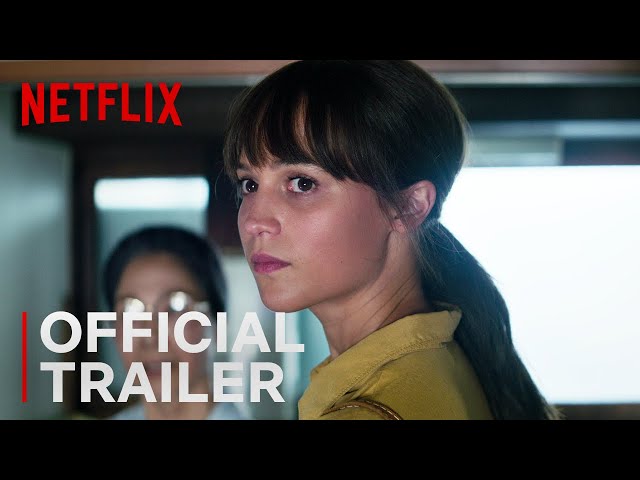 What is Earthquake Bird movie plot?

Set in 1989 Tokyo, Lucy Fly (Alicia Vikander), a young female expat working as a translator at a manufacturing company, is suspected of murder when her friend Lily goes missing in the wake of a tumultuous love triangle with Teiji Matsuda (Naoki Kobayashi). The film is interspersed by flashbacks from Lucy's childhood, her romantic relationship with Teiji, and friendship with American expatriate Lily Bridges (Riley Keough). Teiji's hobby includes taking photographs of people, particularly women. Teiji would eventually start a sexual relationship with Lucy and later with Lily.
During a vacation to Sado Island, Lucy's friendship with Lily sours when she discovers that Teiji has begun a romantic relationship with Lily behind her back. Following the disappearance of Lily, Lucy is arrested and interrogated by Japanese detectives. Lucy claims that she murdered Lily in a fit of jealous rage but is cleared after the body is identified as belonging to someone else. After being released, Lucy discovers evidence in Teiji's photo collection implicating him in Lily's murder and disappearance. Teiji attacks Lucy but she kills him in self-defense.
The film ends with Lucy reflecting in a cemetery with her Japanese friend Natsuko (Kiki Sukezane).

Who plays who in the Earthquake Bird movie?

Here is the full cast and characters of "Earthquake Bird" movie. Actors and actresses are sorted mostly in credits order.

What are Earthquake Bird filming details?

"Earthquake Bird" movie is rated "R", according to the MPAA film rating system.

What are critics and audiences saying about Earthquake Bird movie?

More information and reviews on "Earthquake Bird" movie you can get on the following websites.

Earthquake Bird on IMDB is available at:

Earthquake Bird on Wikipedia is available at: