Is there a trailer for Jexi movie? 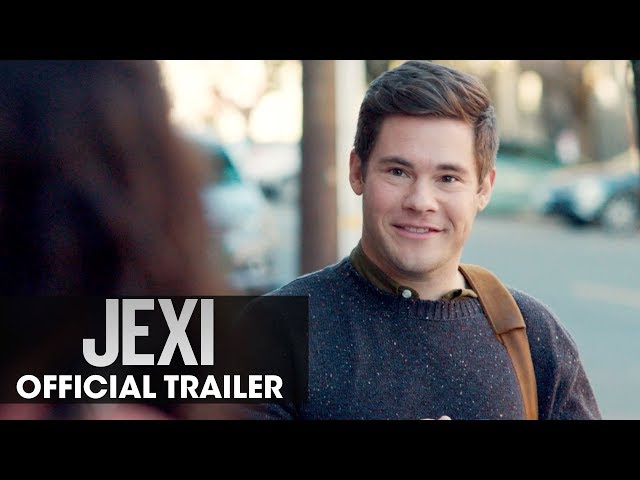 What is Jexi movie plot?

Here is a short review of "Jexi" movie plot summary.

Phil becomes enamored with cell phones at an early age. He works for a BuzzFeed-style website run by Kai (Michael Peña), who pressures the staff to create inane listicles to go viral. Despite Phil's degree in journalism, Kai refuses to promote him to the real news department.
Phil's coworkers Craig (Ron Funches) and Elaine (Charlyne Yi) invite him to play kickball, but the socially inept Phil declines. Immersed in his phone, he walks into Cate (Alexandra Shipp), a local bike shop owner. She attempts to flirt, but Phil is more concerned with his phone until another cyclist bumps into him, breaking his phone.
Taking his phone to be replaced, Phil is berated by phone store employee Denice (Wanda Sykes) for being overly reliant on his phone to navigate life. Setting up his new phone, Phil gives "Jexi", the device's virtual assistant, access to all his accounts after neglecting to read the user agreement. Designed to "make his life better", Jexi aggressively tries to break Phil out of his bad habits. Posing as Phil, she emails an insulting letter to Kai demanding a promotion.
Kai demotes Phil to the "comments section" with the older employees in the basement. When Craig and Elaine invite Phil to kickball again, he claims to be busy but Jexi embarrassingly corrects him. Phil joins them but costs the team the game; he invites everyone out for drinks, but they turn him down. Thinking about Cate, Phil looks up her bike shop, and Jexi calls the store despite his protests, preventing him from hanging up. Phil stumbles through an awkward conversation with Cate, eliciting Jexi's sympathy.

Who plays who in the Jexi movie cast?

Here is the full cast and characters of "Jexi" movie. Actors and actresses are sorted mostly in credits order.

When is Jexi movie release date?

What are Jexi filming details?

"Jexi" movie is rated "R", according to the MPAA film rating system.

What are critics and audiences saying about Jexi movie?

"Jexi" movie got average rating from critics. IMDB rating is 6/10. Rotten Tomatoes rating is 19/100. Audiences polled by CinemaScore gave the film an average grade of "B-" on a scale ranging from A+ to F.

More information and reviews on "Jexi" movie you can get on the following websites.

Jexi on IMDB is available at:

Jexi on Wikipedia is available at: