Is there a trailer for Batman: Hush movie? 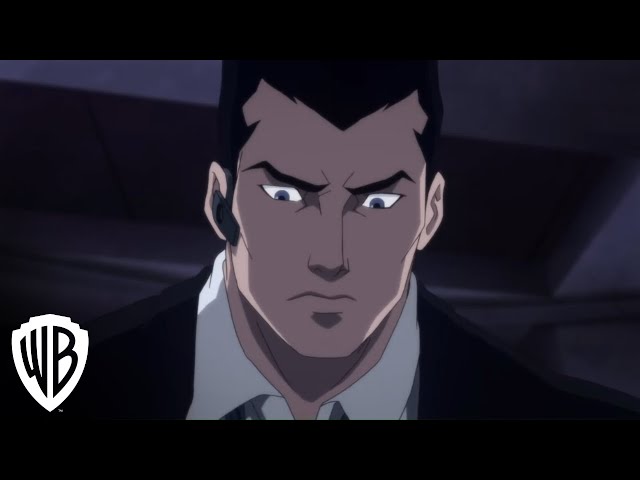 What is Batman: Hush movie plot?

After Batman (Jason O'Mara) rescues an abducted child from Bane (Adam Gifford) for a ransom, Lady Shiva (Sachie Alessio) approaches Batman to inform him of an unknown Lazarus Pit intruder and requests his help in identifying the intruder. Batman agrees to do so as Catwoman steals the ransom. While pursuing her, a masked vigilante shoots through Batman's grapple line, causing him to fall onto the sidewalk and crack his skull. Catwoman rescues him from a gang of criminals who tried to unmask him, but Batgirl (Peyton List) chases her away. Batgirl takes Batman back to the Batcave where Alfred and Dick Grayson create an alibi for how Bruce Wayne suffered the injury. Alfred contacts Bruce's childhood friend Thomas Elliot (Maury Sterling), a renowned brain surgeon, to aid his skull. When Bruce declares himself ready to be Batman again two weeks earlier than Thomas advised him to be up and around, Alfred gives him a new bulletproof batsuit with a padded cowl for better skull protection. Meanwhile, Catwoman delivers the ransom to Poison Ivy (Peyton List), who has been controlling her with a hypnotic kiss. The masked vigilante who shot Batman then arrives to confront Ivy about the ransom and gives her Kryptonite.
Batman helps Amanda Waller (Vanessa Williams) retrieve Bane from police custody in return for information. Waller uses the special tranquilizers supplied by him to stop Bane from escaping police custody and capture him herself. Batman later reluctantly works with Catwoman to find Ivy, following a lead given by her to Metropolis. There, Batman confronts Lex Luthor (Rainn Wilson), now a probationary member of the Justice League after helping them defeat Cyborg Superman (Jerry O'Connell), about delivery list of an ethylene compound utilized by Ivy. Ivy uses Kryptonite lipstick to take control of Superman and orders him to kill Catwoman and Batman. Catwoman pushes Lois Lane (Rebecca Romijn) off a building to free Superman from the mind control. After Ivy is defeated, she reveals she was acting on the orders of a vigilante known only as "Hush".

Who plays who in the Batman: Hush movie cast?

Here is the full cast and characters of "Batman: Hush" movie. Actors and actresses are sorted mostly in credits order.

What are Batman: Hush filming details?

"Batman: Hush" movie is rated "PG-13", according to the MPAA film rating system.

What are critics and audiences saying about Batman: Hush movie?

More information and reviews on "Batman: Hush" movie you can get on the following websites.

Batman: Hush on IMDB is available at:

Batman: Hush on Wikipedia is available at: