Here are "The Wind" movie trailer, plot summary, full cast and characters, release date and everything we know so far.

Is there a trailer for The Wind movie?

IFC Films on Thursday, March 07, 2019 released the trailer for "The Wind" you can watch here:
The Wind - Official Trailer I HD I IFC Midnight. 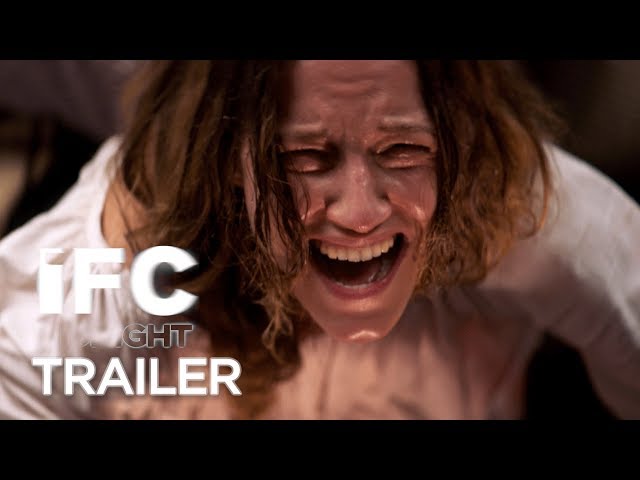 What is The Wind movie plot?

Here is a short review of "The Wind" movie plot summary.

In the late nineteenth-century on the American frontier, Lizzy Macklin (Caitlin Gerard) and her husband Isaac (Ashley Zukerman) arrive from St. Louis to an unpopulated area of New Mexico, hoping to begin a settlement. They live in solitude until another couple, Emma (Julia Goldani Telles) and Gideon Harper (Dylan McTee), arrive from Illinois and move into an abandoned cabin nearby. The story is told out of chronological order; in the beginning of the film, it is shown that Emma and her stillborn infant are being buried by the other three major characters.
Lizzy befriends the younger Emma, whose marriage to Gideon is apparently troubled, and she and Isaac help them repair the damaged cabin and regrow a garden and plant some crops. Lizzy confides in Emma about having lost her son, Samuel, in a stillbirth. Throughout her pregnancy, Lizzy had grown increasingly paranoid that a demon was coming to her in the night, especially when Isaac was away.
Late one night, Gideon awakens Isaac and Lizzy, telling them Emma is unwell. They arrive at the couple's cabin, and Lizzy finds Emma hiding under a bed, talking to herself incoherently. She tells Lizzy that something is after her, and that it wants her unborn child. Lizzy renders Emma unconscious with chloroform, and Emma slaps her in the face during the struggle. Throughout her pregnancy, Emma continues to confide to Lizzy that she senses a supernatural presence that she cannot explain, but Lizzy disregards her. Emma tells Lizzy she plans to name the child after either her or Isaac.
Near the end of Emma's pregnancy, she apparently shoots herself in the head in the middle of the night with Lizzy's shotgun. Lizzy attempts to perform a caesarean delivery to save Emma's unborn child, but is unsuccessful. Isaac and Gideon bury Emma and her child, and travel to report the deaths, leaving Lizzy alone. Lizzy's paranoia reemerges after they depart, and she encounters various frightening incidents: A pack of wolves attack her, and she accidentally shoots her goat. Late one night, she sees lights emanating from the Harper cabin, and goes to investigate. She finds the cabin empty, but is tormented by violent poltergeist activity before losing consciousness. She awakens the following morning, and finds Emma's diary lying on the floor. In it, she reads an entry in which Emma describes her disdain for Gideon, and claims to be carrying Isaac's child. Lizzy burns the pages in the fireplace. To relieve her anxiety, Lizzy renders herself unconscious with chloroform.

Who plays who in the The Wind movie?

Here is the full cast and characters of "The Wind" movie. Actors and actresses are sorted mostly in credits order.

When is The Wind movie release date?

"The Wind" movie release date was scheduled to be on September 10, 2018 (TIFF) and on April 5, 2019 (U.S.) distributing by IFC Midnight, IFC Films, I-On New Media, Scream Factory and Umbrella Entertainment.

What are The Wind filming details?

"The Wind" movie is rated "R", according to the MPAA film rating system.

What are critics and audiences saying about The Wind movie?

"The Wind" movie got high rating from critics. IMDB rating is 5.5/10. Rotten Tomatoes rating is 81/100. The audience also kinda likes the film.

More information and reviews on "The Wind" movie you can get on the following websites.

The Wind on IMDB is available at:

The Wind on Wikipedia is available at: