Here are "Peterloo" movie trailer, plot summary, full cast and characters, release date and everything we know so far.

Is there a trailer for Peterloo movie? 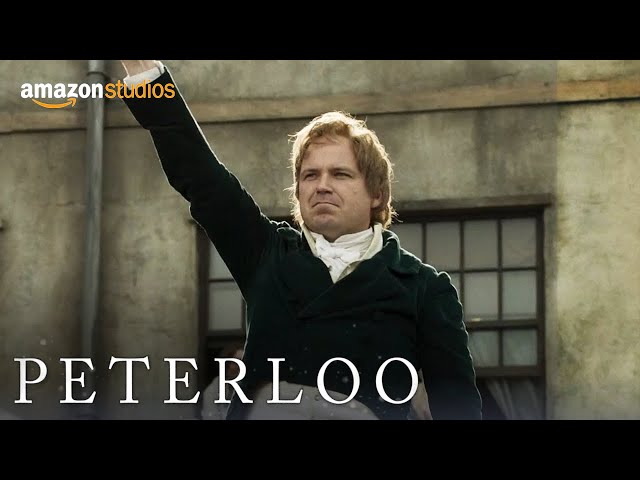 What is Peterloo movie plot?

Here is a short review of "Peterloo" movie plot summary.

After the Battle of Waterloo, Joseph (David Moorst) returns home from service in the Duke of Wellington's army to Manchester and his close-knit family headed by parents Joshua (Pearce Quigley) and Nellie (Maxine Peake). Joshua, son Robert (Tom Meredith), daughter Mary (Rachel Finnegan), and daughter-in-law Esther (Simona Bitmate) all earn a living from manual labour in a cotton mill. An economic depression makes work impossible for the traumatised Joseph to find and threatens the family's livelihood. The family is sympathetic to the radical campaigns for equal civil and political rights for all free men and against the Corn Laws that prevent them from buying cheaper imported grain. Joshua, Joseph, and Robert attend political meetings where local agitators including John Knight (Philip Jackson), Samuel Bamford (Neil Bell) and John Bagguley (Nico Mirallegro) speak out against the system of government; Nellie attends a meeting of the Manchester Female Reform Society. The local authorities, led by magistrates Colonel Fletcher, Reverend William Robert Hay, Reverend Charles Ethelston and Mr. Norris and Deputy Chief Constable Nadin (Victor McGuire), spy on the radical movement and wait for an excuse to arrest its leaders. The Home Secretary, Lord Sidmouth (Karl Johnson), is determined to suppress radical politics. When a disgruntled Londoner smashes the window of the Prince Regent's coach, Sidmouth uses this as a pretext for suspending habeas corpus.
Bamford and his friend Joseph Healey (Ian Mercer) travel south to London to hear the famous radical Henry 'Orator' Hunt (Rory Kinnear) speak at a political meeting. Hunt has a reputation for vanity but Bamford persuades Manchester businessman Joseph Johnson (Tom Gill) to invite Hunt to address a mass meeting at St Peter's Fields; the Home Office discovers this invitation by intercepting Johnson's letter. Arriving at Manchester, Hunt goes into hiding in Johnson's home. Richards, a Home Office spy, is able to provoke Bagguley and fellow radicals Drummond and Johnston into publicly calling for armed insurrection, leading to their arrest and imprisonment. The magistrates plan to suppress Hunt's meeting and make an example of the attendees using the local mounted militia, the Manchester and Salford Yeomanry and a regular army detachment led by General John Byng. Hunt remains certain that he can lead a peaceful rally and sidelines Bamford, when he warns of the likelihood of brutal treatment by the authorities.

Who plays who in the Peterloo movie?

Here is the full cast and characters of "Peterloo" movie. Actors and actresses are sorted mostly in credits order.

When is Peterloo movie release date?

What are Peterloo filming details?

"Peterloo" movie is rated "PG-13", according to the MPAA film rating system.

What are critics and audiences saying about Peterloo movie?

More information and reviews on "Peterloo" movie you can get on the following websites.

Peterloo on IMDB is available at:

Peterloo on Wikipedia is available at: