Here are "Down a Dark Hall" movie trailer, plot summary, full cast and characters, release date, streaming services and everything we know so far.

Is there a trailer for Down a Dark Hall movie?

Lionsgate Movies on Tuesday, May 22, 2018 released the trailer for "Down a Dark Hall" you can watch here:
Down A Dark Hall (2018 Movie) Official Trailer - Uma Thurman, AnnaSophia Robb. 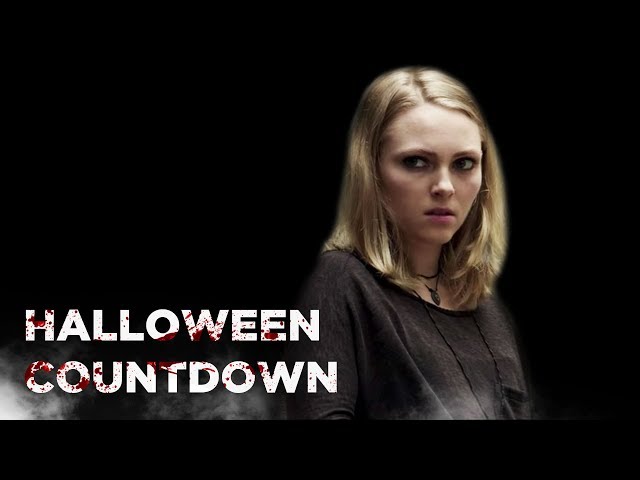 What is Down a Dark Hall movie plot?

Here is a short review of "Down a Dark Hall" movie plot summary.

Kit Gordy (AnnaSophia Robb), a difficult young girl, is sent to the mysterious Blackwood Boarding School after her delinquent behavior becomes too much for her school to handle. When she arrives at Blackwood, Kit meets eccentric headmistress Madame Duret (Uma Thurman) and the school's only other students, four teenage girls with similar behavioral problems (Veronica (Victoria Moroles), Ashley (Taylor Russell), Sierra (Rosie Day), and Izzy). Technology is rarely used, and the girls can only phone their families in the domineering presence of the headmistress. The girls attend a variety of creative and intellectual classes, which begins to draw out unknown talents in the girls.
Sierra is the first to show a troubling obsession with her work, losing sleep, refusing to eat, and going into odd trances while creating amazing works of art. Ashley writes beautiful poetry and stories that deeply disturb her. Kit and Izzy (Isabelle Fuhrman) slowly begin to experience the same bad side effects, saying it was like someone else was using their bodies. Only the belligerent Veronica shows no progress, much to Madame Duret's annoyance. During art class Kit notices that all of Sierra's paintings are signed "TC" and searches the school's library for answers. She realizes that Sierra is recreating paintings by the deceased artist Thomas Cole, and that the others are producing work from other dead geniuses.
Kit convinces Veronica to search the restricted areas of the school, where they come across old student records and more information on the people possessing the girls. When Madame Duret discovers Veronica alone she chains her up in an unused part of the school, explaining that the students are not merely vessels for the dead, but donors, unknowingly sacrificing themselves to be used to continue the careers of famous minds, whom she is able to commune with and channel into the girls' bodies. Kit calls the police and confronts the headmistress about everything. By now Sierra has already died from overwork, and Ashley jumps to her death to stop the possession taking over completely.

Who plays who in the Down a Dark Hall movie cast?

Here is the full cast and characters of "Down a Dark Hall" movie. Actors and actresses are sorted mostly in credits order.

When is Down a Dark Hall movie release date?

What are Down a Dark Hall filming details?

The duration of the film is 96 minutes. The film grossed over $2.7 million.

"Down a Dark Hall" movie is rated "PG-13", according to the MPAA film rating system.

What are critics and audiences saying about Down a Dark Hall movie?

"Down a Dark Hall" movie got average rating from critics. IMDB rating is 5.1/10. Rotten Tomatoes rating is 50/100. The audience hates the film either.

More information and reviews on "Down a Dark Hall" movie you can get on the following websites.

Down a Dark Hall on IMDB is available at:

Down a Dark Hall on Wikipedia is available at: