Is there a trailer for Skyscraper movie? 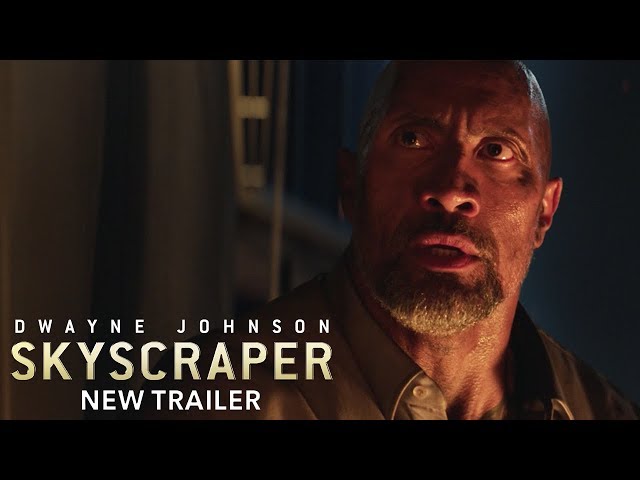 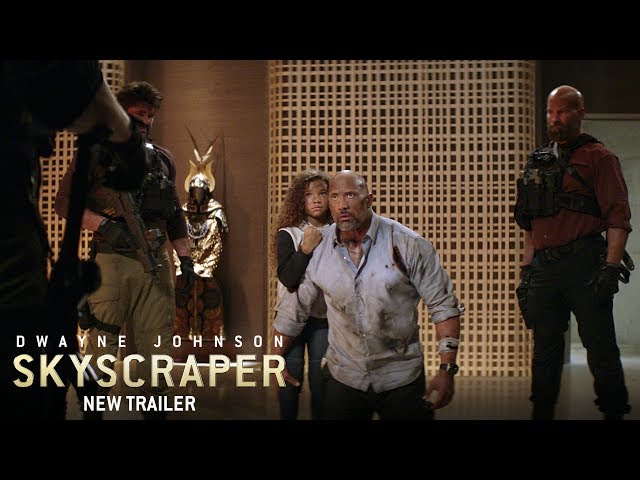 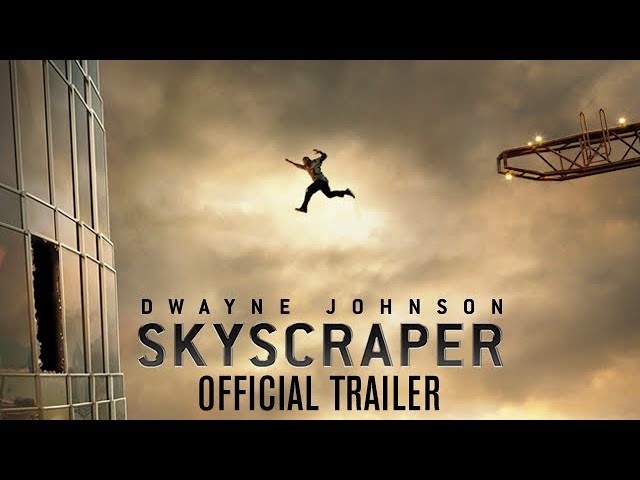 What is Skyscraper movie plot?

Here is a short review of "Skyscraper" movie plot summary.

William "Will" Sawyer (Dwayne Johnson), a Marine veteran turned FBI Hostage Rescue Team leader, loses his left leg below the knee when he and HRT colleague Ben Gillespie (Pablo Schreiber) encounter a hostage taker with a suicide bomb.
Ten years later, Sawyer is a private security consultant who, on a recommendation from Gillespie, is hired to review security for the world's tallest skyscraper, Hong Kong's 3,500 feet (1,060 meter), 225 floor tower, "The Pearl", for owner Zhao Long Ji (Chin Han). Sawyer is joined by his wife, Sarah (Neve Campbell), and twin children, Georgia and Henry, staying with him on the not-yet-opened residential floors. Sawyer meets with Zhao, Gillespie, security director Okeke and head insurance underwriter Pierce, to report that the computerized fire and security systems have passed his tests, though he needs to inspect the offsite security center. Zhao provides him with a tablet that gives Sawyer complete control over the Pearl's systems. Sawyer and Gillespie head to the offsite facility, but a thief hired by international terrorist Kores Botha (Roland Møller) attempts to steal the tablet. Gillespie reveals he is also working for Botha and attacks Sawyer for the tablet, ending with Gillespie's death.
Botha and a group of his men break into the Pearl and undermine the safety systems by using a water-reactive chemical to start a fire on the 96th floor, creating a barrier that renders it impossible to enter to or exit from the upper 130 floors. Sawyer tries to return to the Pearl, but is attacked by Xia (Hannah Quinlivan), one of Botha's associates. Xia and her agents take the tablet and kill everyone at the offsite facility. They then use the tablet to disable the fire-extinguishing systems in the Pearl and activate the air vents to spread the fire to the upper floors. Zhao and Okeke send security guards to rescue Sawyer's family, but the guards are killed by an explosion and the family is believed dead. Urged on by Pierce, Zhao orders the remaining personnel to evacuate via helicopter, but Pierce reveals he is also an agent for Botha, killing all but Zhao, who escapes into his penthouse apartment, locking it down from any intrusion.

Who plays who in the Skyscraper movie cast?

Here is the full cast and characters of "Skyscraper" movie. Actors and actresses are sorted mostly in credits order.

When is Skyscraper movie release date?

What are Skyscraper filming details?

"Skyscraper" movie is rated "PG-13", according to the MPAA film rating system.

What are critics and audiences saying about Skyscraper movie?

"Skyscraper" movie got average rating from critics. IMDB rating is 5.8/10. Rotten Tomatoes rating is 48/100. But the audience likes the film. Audiences polled by CinemaScore gave the film an average grade of "B+" on a scale ranging from A+ to F.

More information and reviews on "Skyscraper" movie you can get on the following websites.

Skyscraper on IMDB is available at:

Skyscraper on Wikipedia is available at: