Is there a trailer for Early Man movie? 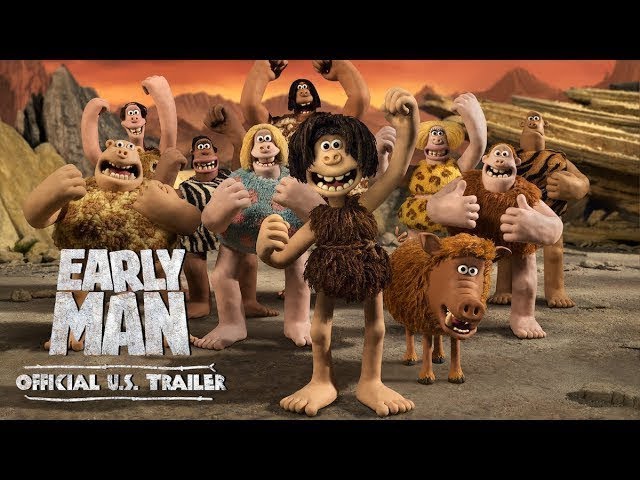 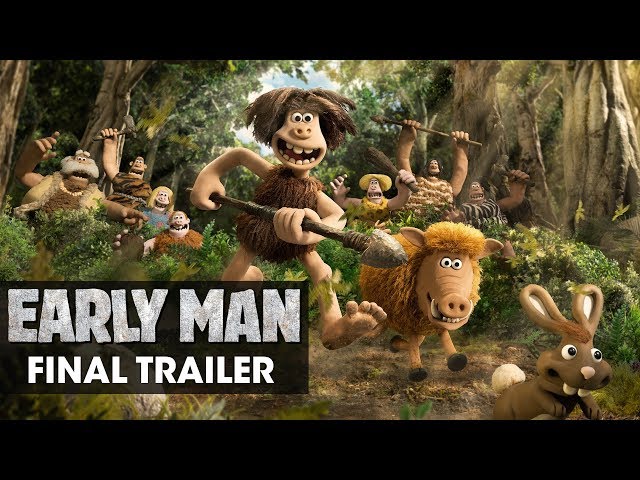 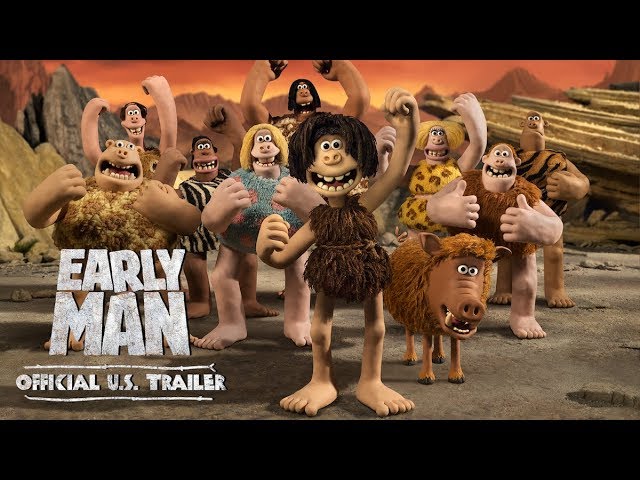 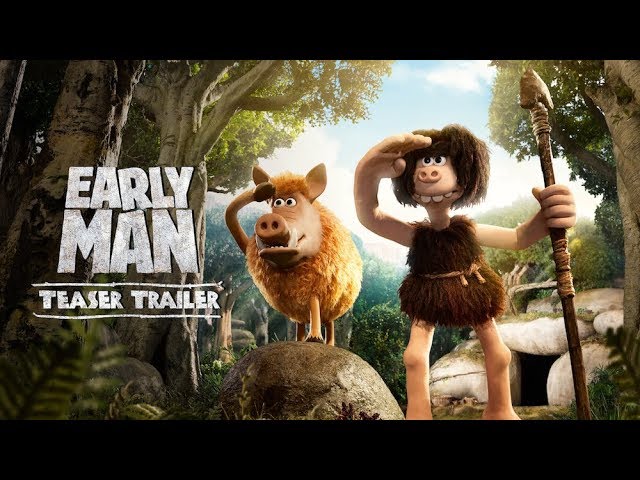 What is Early Man movie plot?

In 2 million B.C, an asteroid collides with the prehistoric Earth, causing the extinction of planet's dinosaurs, but sparing a tribe of cavemen living near the impact site. Finding a roughly spherical chunk of the asteroid that is too hot to touch, the cavemen begin to kick it around and invent the game of football.
Centuries later during the Stone Age, in the year 1 Million B.C., the impact site has become a 100,000-acre valley. Living in the valley is a young caveman named Dug (Eddie Redmayne) along with the chief Bobnar, many other cavemen such as Asbo (Johnny Vegas), Gravelle (Gina Yashere), Treebor (Richard Ayoade), Magma (Selina Griffiths), Barry (Mark Williams), Grubup (Richard Webber), Thongo, and Eemak (Simon Greenall), and his pet boar Hognob (Nick Park). One day, Dug suggests to Bobnar that they should try hunting woolly mammoths instead of rabbits as they always do, but Bobnar brushes him off, believing the tribe could not catch mammoths.
Later that night, a mysterious army of war mammoths led by Lord Nooth (Tom Hiddleston), a Bronze Age governor, drives the tribe out of the valley and into the surrounding volcanic badlands, proclaiming that the Stone Age has ended and that their time has begun. Dug tries to attack the army, but falls into a cart and is unknowingly taken to Nooth's 10,000-acre Bronze Age city.
While trying to evade the guards and escape, he ends up mistaken for a football player and led onto the pitch before a full stadium crowd. He challenges Nooth's elite local team to a match with the valley at stake and promises that the tribe will work in Nooth's mines forever if they lose. Nooth dismisses the proposal at first, but changes his mind once he realises that he can profit from the match.

Who plays who in the Early Man movie?

Here is the full cast and characters of "Early Man" movie. Actors and actresses are sorted mostly in credits order.

What are Early Man filming details?

"Early Man" movie is rated "PG", according to the MPAA film rating system.

What are critics and audiences saying about Early Man movie?

"Early Man" movie got high rating from critics. IMDB rating is 6.1/10. Rotten Tomatoes rating is 80/100. The audience also kinda likes the film. Audiences polled by CinemaScore gave the film an average grade of "B" on a scale ranging from A+ to F.

More information and reviews on "Early Man" movie you can get on the following websites.

Early Man on IMDB is available at:

Early Man on Wikipedia is available at: