Here are "The Polka King" movie trailer, plot summary, full cast and characters, release date, streaming services and everything we know so far.

Is there a trailer for The Polka King movie?

Netflix on Friday, December 15, 2017 released the trailer for "The Polka King" you can watch here:
The Polka King | Official Trailer | Netflix. 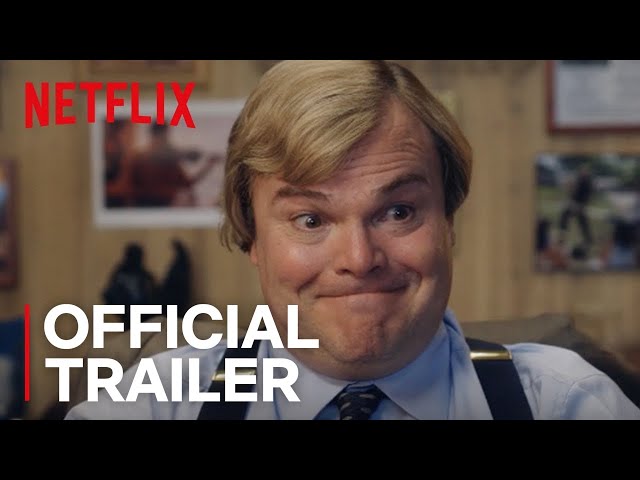 What is The Polka King movie plot?

Here is a short review of "The Polka King" movie plot summary.

The film opens at a performance of Jan Lewan's (Black) polka band in Pennsylvania. Near the close of the show, he brings his wife Marla (Jenny Slate) onstage. A former beauty queen, Marla models amber jewelry they sell at their souvenir store. After the concert, Jan recounts to a happy concertgoer how he and Marla met, and how he has worked every terrible job imaginable, from dishwasher to janitor, to achieve the American dream.
The clarinetist in his band, Mickey (Jason Schwartzman), visits Jan at his gift shop to tell him he wants to quit the band. Jan takes Mickey to a pizza restaurant nearby, urging him to stay, promising more money. Mickey feels that Jan has enlarged the band to an unsustainable size, and reveals that other members are thinking of quitting, especially after a rumor that Jan had hired a dancing bear to accompany the shows. He admits the bear is now part of the act, but insists that better times are ahead. He then picks up a pizza, going out to deliver it.
An elderly couple visits Jan and asks about investing in his band. He explains that they are guaranteed a 12% annual return on their investment. The state Securities and Exchange Commission office discovers Jan is taking on investors and sends investigator Ron Edwards (J.B. Smoove) to meet with him. He informs Jan that because he has not registered properly, it is illegal for him to accept investments. He gives Jan three days to return his investors' money and close down.
With hundreds of thousands of dollars already invested, Jan can't meet the SEC deadline. He buys lottery tickets and asks to do more work at the pizza joint. When the elderly couple returns, asking to invest more money with him, Jan changes the corporate name on his forms and takes their money. He tells Edwards that he has officially closed down his first investment scheme, omitting the fact that he has started another.

Who plays who in the The Polka King movie cast?

Here is the full cast and characters of "The Polka King" movie. Actors and actresses are sorted mostly in credits order.

When is The Polka King movie release date?

"The Polka King" movie release date was scheduled to be on January 22, 2017 (Sundance) and on January 12, 2018 (Worldwide) distributing by Netflix.

What are The Polka King filming details?

Principal photography began in mid-July 2016 in Pawtucket, Rhode Island, and later it also took place in Woonsocket and Cranston.

What are critics and audiences saying about The Polka King movie?

"The Polka King" movie got high rating from critics. IMDB rating is 5.9/10. Rotten Tomatoes rating is 66/100. The audience also kinda likes the film.

More information and reviews on "The Polka King" movie you can get on the following websites.

The Polka King on IMDB is available at:

The Polka King on Wikipedia is available at: