Here are "Marry Me" movie trailer, plot summary, full cast and characters, release date, streaming services and everything we know so far.

Is there a trailer for Marry Me movie?

Universal Pictures on Thursday, November 18, 2021 released the trailer for "Marry Me" you can watch here:
Marry Me - Official Trailer . 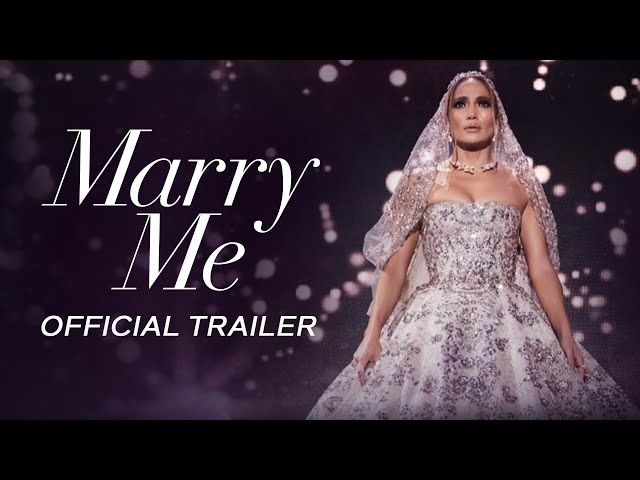 What is Marry Me movie plot?

Here is a short review of "Marry Me" movie plot summary.

Kat Valdez (Jennifer Lopez) is half of the sexiest celebrity power couple on Earth with hot new music supernova Bastian (Maluma). As Kat and Bastian's inescapable hit single, "Marry Me," climbs the charts, they are about to be wed before an audience of their fans in a ceremony that will stream across multiple platforms. Divorced high-school math teacher Charlie Gilbert (Owen Wilson) has been dragged to the concert by his daughter Lou and his best friend Parker Debbs (Sarah Silverman). When Kat learns, seconds before the ceremony, that Bastian has cheated on her with her assistant, her life turns left as she has a meltdown on stage, questioning love, truth, and loyalty. As her gossamer world falls away, she locks eyes with a stranger-a face in the crowd. If what you know lets you down, then perhaps what you don't know is the answer, and so, in a moment of inspired insanity, Kat chooses to marry Charlie. What begins as an impulsive reaction evolves into an unexpected romance. But as forces conspire to separate them, the universal question arises: Can two people from such different worlds bridge the gulf between them and build a place where they both belong?

Who plays who in the Marry Me movie cast?

Here is the full cast and characters of "Marry Me" movie. Actors and actresses are sorted mostly in credits order.

When is Marry Me movie release date?

What are Marry Me filming details?

The duration of the film is 112 minutes. The film's budget is $23 million.

"Marry Me" movie is rated "PG-13", according to the MPAA film rating system.

Principal photography began in and around New York City in October 2019, and concluded on November 22.

What are critics and audiences saying about Marry Me movie?

More information and reviews on "Marry Me" movie you can get on the following websites.

Marry Me on IMDB is available at:

Marry Me on Wikipedia is available at: