Is there a trailer for Chip 'n Dale: Rescue Rangers movie? 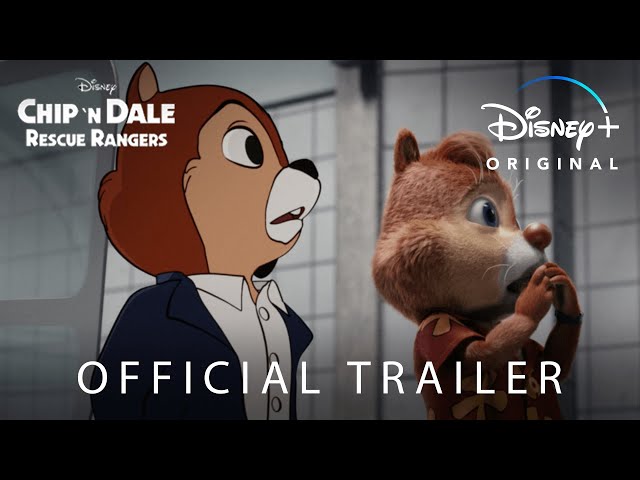 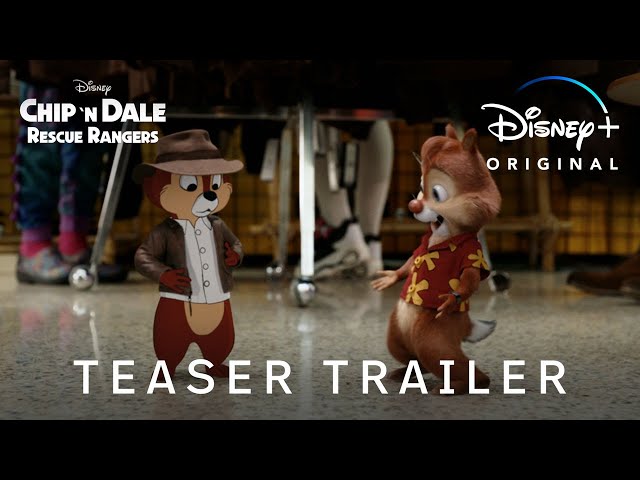 In a world co-populated by humans and cartoon characters, Chip (John Mulaney) and Dale (Andy Samberg) meet in elementary school and become best friends. They later relocate to Hollywood and, after casting as extras in commercials and shows, go on to star in the successful television series Chip 'n Dale: Rescue Rangers in the early 1990s. However, when Dale gets his own show, Double-O-Dale, the two have a falling-out that leads to both shows' cancellation.
Thirty years later, Chip is a successful but disillusioned insurance salesman while Dale spends most of his time on the fan convention circuit. The two are contacted by their former Rescue Rangers co-star Monterey Jack (Eric Bana), who owes money to the criminal Valley Gang due to his stinky cheese addiction. Monty warns the pair of a trafficking operation where toons are kidnapped, have their appearances altered, and are shipped overseas to produce bootlegs of their works for the rest of their lives. Later that night, the two are informed that Monty has been kidnapped. They meet Police Captain Putty and Officer Ellie Steckler; the latter reveals herself to be a big Rescue Rangers fan, and with the police's hands tied, she suggests Chip and Dale investigate on their own.
Chip and Dale visit Bjornson the Cheesemonger, Monty's cheese dealer, and ask about the Valley Gang. They are taken to the uncanny valley part of town and meet the gang's leader, Sweet Pete (Will Arnett) - an adult version of Peter Pan - and his henchmen Bob and Jimmy. Realizing they are investigating his bootlegging business, Pete tries to capture the pair, but the chipmunks escape. The two later share their discoveries with Ellie, learning that she is shunned by Putty due to acting on a bad tip and raiding the Nick Jr. studios with negative results. With Ellie's help, the chipmunks sneak into a bathhouse to steal Pete's fitness tracker. They trace his movements to a dock warehouse, though it is already abandoned by the time the police arrive. Inside, they find a large operating machine designed to alter toons' bodies, along with several toon parts, including Monty's mustache.

Who plays who in the Chip 'n Dale: Rescue Rangers movie cast?

Here is the full cast and characters of "Chip 'n Dale: Rescue Rangers" movie. Actors and actresses are sorted mostly in credits order.

What are critics and audiences saying about Chip 'n Dale: Rescue Rangers movie?

More information and reviews on "Chip 'n Dale: Rescue Rangers" movie you can get on the following websites.

Chip 'n Dale: Rescue Rangers on IMDB is available at:

Chip 'n Dale: Rescue Rangers on Wikipedia is available at: