Is there a trailer for Desperados movie? 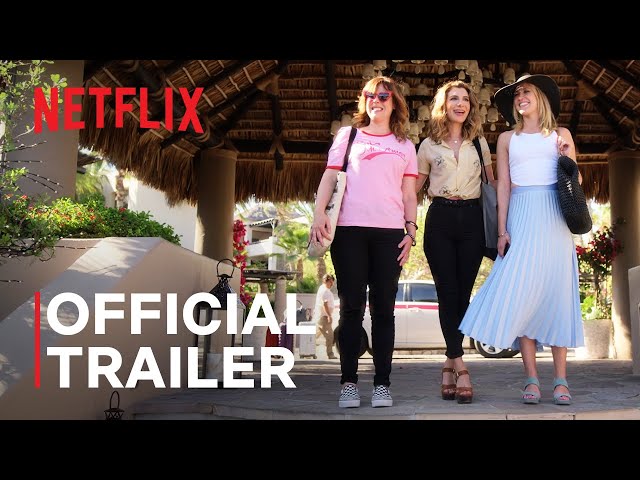 What is Desperados movie plot?

Here is a short review of "Desperados" movie plot summary.

Wesley (Nasim Pedrad) is struggling to find a job and a partner and desperately wants to settle down in life. She goes on a date with a man named Sean (Lamorne Morris). However, Sean ends the date abruptly when she mentions marriage and kids too frequently. Immediately after that, she slips, falls down, and meets a charming man named Jared (Robbie Amell). He seems like the perfect guy and Wesley starts to hide her true self in order to make the relationship work.
After Jared and Wesley finally have sex, the former does not contact her for five days. Upset, Wesley gets drunk with her two best friends and the trio write a long and insulting email to him. However, Jared calls Wes after that to inform her that he had gotten into a car accident in Mexico, without having checked his emails (his phone was in his hotel room). To save her relationship, Wesley decides to go to Jared's hotel in Mexico, sneak into his room and delete the email. She takes her friends, Brooke (Anna Camp) and Kaylie (Sarah Burns) along.
Coincidentally, Sean is at the same hotel. Wesley gets thrown out of the hotel due to a few mishaps. However, she tries to break in again (against her friends' advice), gets caught, and is jailed. After her release, Sean comes to pick her up. Wesley decides to meet Jared at the Mexican airport and fly back with him. She plans on deleting the email on the flight. Sean agrees to drive her to the airport. On the way, Sean tells Wesley that she had been his first and only date after the death of his wife. He had ended the date because it had gotten too real too fast. The two bond over the drive.

Who plays who in the Desperados movie cast?

Here is the full cast and characters of "Desperados" movie. Actors and actresses are sorted mostly in credits order.

When is Desperados movie release date?

"Desperados" movie release date was scheduled to be on July 3, 2020 distributing by Netflix.

What are critics and audiences saying about Desperados movie?

More information and reviews on "Desperados" movie you can get on the following websites.