Here are "The Banker" movie trailer, plot summary, full cast and characters, release date, streaming services and everything we know so far.

Is there a trailer for The Banker movie?

Apple TV on Monday, November 04, 2019 released the trailer for "The Banker" you can watch here:
The Banker - Official Trailer | Apple TV+. 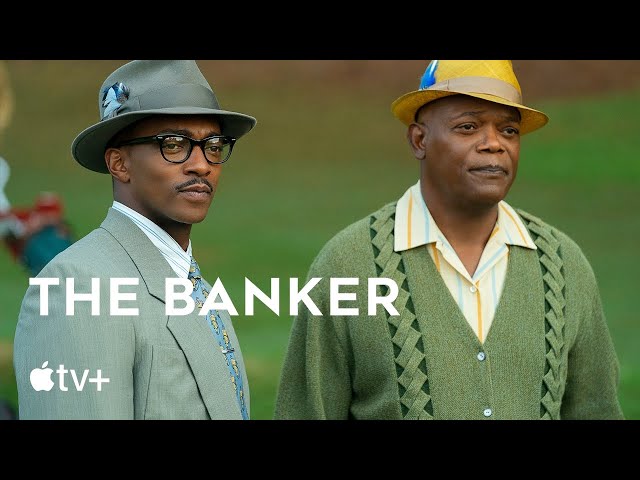 What is The Banker movie plot?

Here is a short review of "The Banker" movie plot summary.

1954, Bernard Garrett (Anthony Mackie) wants to get into real estate but encounters racism that prevents him from being a successful real estate investor. After a chance encounter with wealthy club owner Joe Morris (Samuel L. Jackson), he convinces Joe to be his co-investor. Together they convince Matt Steiner (Nicholas Hoult), a white man, to pose as the front of the company in meetings to facilitate the sales. Eventually, they become extremely successful in Los Angeles real estate, with the two teaching Matt the basics of real estate investing. The three secure a number of properties in L.A. and effectively integrate a number of previously segregated neighborhoods by selling and renting to black families. After this success, he sets his sights on the local bank in his Texas hometown to give loans to the black residents. Racist bank practices had excluded black people from receiving loans for small businesses and homeownership. Joe protests the idea at first but eventually relents and the three move to Texas.
Matt buys the bank, fronting for Bernard (Jayden Griffin) and Joe, but the local townspeople are extremely suspicious of this move. A bank executive tracks the records of the loans and discovers that they're giving loans to black people, follows Matt and discovers that his partners are black, then threatens them with exposure which would cause "a run on the bank." Matt persuades Joe and Bernard to purchase a second bank and put him in charge of it despite his inexperience. The racist bank executive calls in a federal investigator who checks the records of Matt's bank and discovers numerous infractions attributable to Matt's carelessness. Matt, Bernard and Joe get arrested for violating federal banking laws.

Who plays who in the The Banker movie?

Here is the full cast and characters of "The Banker" movie. Actors and actresses are sorted mostly in credits order.

When is The Banker movie release date?

What are The Banker filming details?

"The Banker" movie is rated "R", according to the MPAA film rating system.

What are critics and audiences saying about The Banker movie?

More information and reviews on "The Banker" movie you can get on the following websites.

The Banker on IMDB is available at:

The Banker on Wikipedia is available at: