Here are "7500" movie trailer, plot summary, full cast and characters, release date, streaming services and everything we know so far. 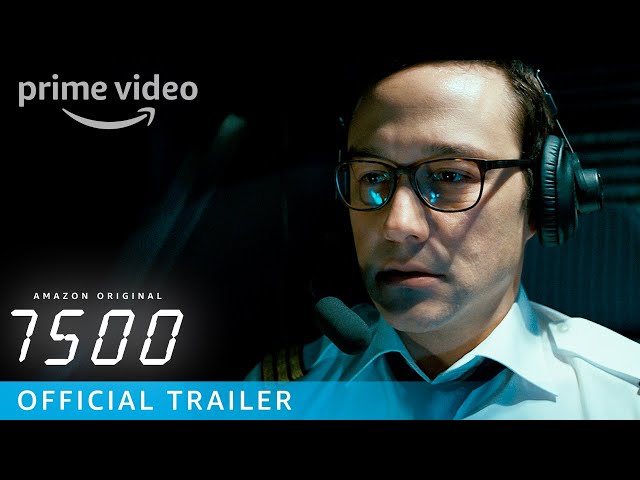 Captain Michael Lutzmann (Carlo Kitzlinger) and First Officer Tobias Ellis (Joseph Gordon-Levitt) are preparing for a flight aboard an A319 from Berlin to Paris. Tobias talks to one of the flight attendants, who happens to be his girlfriend, Gökce (Aylin Tezel). Lutzmann re-enters the cockpit and they begin their pre-flight checks.
Once airborne, one of the flight attendants begins bringing the pilots their in-flight meals, giving terrorists an opportunity to attempt a hijack by forcing their way into the cockpit. Killing the flight attendant in the process, two terrorists successfully enter the cockpit and attack the pilots. Tobias fights one of them off and manages to close the door, leaving one terrorist in the cockpit. Lutzmann is stabbed and mortally wounded by the remaining terrorist as he broadcasts a mayday call. Tobias manages to subdue the terrorist by slamming him in the head with a fire extinguisher, surviving the attack, but his left arm is badly wounded in the process. Tobias signals air traffic control using the radio transponder code 7500 (the emergency transponder squawk for a hijacking). The flight is diverted to Hannover, which is the closest place to land safely. Tobias restrains the unconscious terrorist and straps him in the jump seat.
The remaining hijackers continuously attempt to break into the cockpit while Tobias informs air traffic control of the events that have transpired. Tobias is reminded by control that he is not permitted to open the cockpit door despite threats by the hijackers to harm or even kill hostages. Inside the cockpit, Tobias watches a camera feed of the entrance to the cockpit, which reveals that a passenger has been taken hostage by the hijackers. The terrorists begin threatening to kill the hostage unless Tobias opens the door. Tobias pleads with one of the terrorists on the intercom, Vedat (Omid Memar), telling him that the cockpit door cannot be opened, but another one of the hijackers executes the passenger anyway.

Here is the full cast and characters of "7500" movie. Actors and actresses are sorted mostly in credits order.

What are critics and audiences saying about 7500 movie?

More information and reviews on "7500" movie you can get on the following websites.