Is there a trailer for Nomadland movie?

SearchlightPictures on Wednesday, February 10, 2021 released the trailer for "Nomadland" you can watch here:
NOMADLAND | Official Trailer 2 | In Theaters and on Hulu February 19. 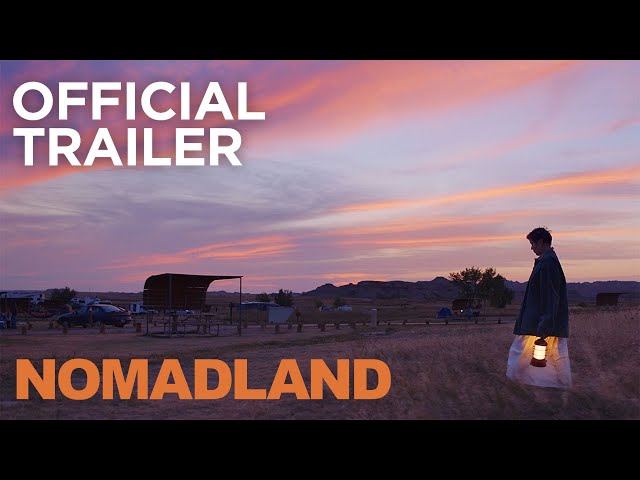 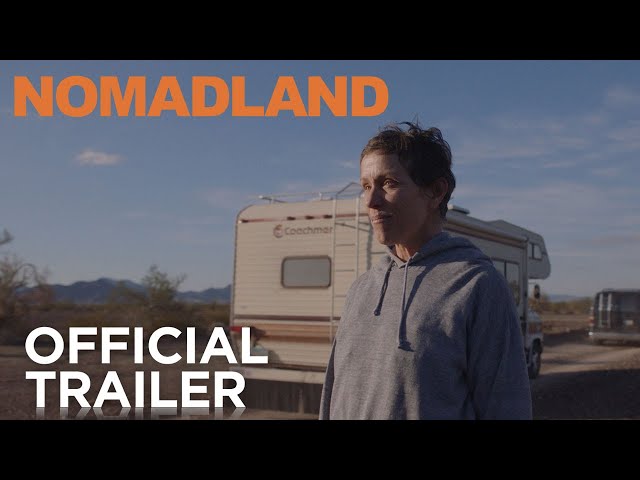 What is Nomadland movie plot?

Here is a short review of "Nomadland" movie plot summary.

In 2011, Fern (Frances McDormand) loses her job after the US Gypsum plant in Empire, Nevada shuts down; she worked there for years along with her husband, who has recently died. Fern decides to sell most of her belongings and purchase a van to live in and travel the country searching for work. She takes a seasonal job at an Amazon fulfillment center through the winter.
Linda (Linda May), a friend and co-worker, invites Fern to visit a desert rendezvous in Arizona organized by Bob Wells (Bob Wells), which provides a support system and community for fellow nomads. Fern initially declines but changes her mind as the weather turns cold, and she struggles to find work in the area. At the rendezvous, Fern meets fellow nomads and learns basic survival and self-sufficiency skills for the road.
When Fern's van blows a tire, she visits the van of a nearby nomad named Swankie to ask for a ride into town to buy a spare. Swankie chastises Fern for not being prepared and invites her to learn more road survival skills; they become good friends. Swankie tells Fern about her cancer diagnosis and shortened life expectancy and her plan to make good memories on the road rather than waste away in a hospital. They eventually part ways.
Fern later takes a job as a camp host at the Cedar Pass Campground in Badlands National Park, where she runs into David, another nomad she met and danced with back at the desert community. David is working temporarily at Badlands National Park, but when he falls ill, Fern visits him at the hospital where he has had emergency surgery. The two of them later take restaurant jobs at Wall Drug in South Dakota. One night David's adult son visits the restaurant looking for him, informing David that his wife is pregnant and asking him to meet his grandchild. David is hesitant, but Fern encourages him to go. David suggests that she come with him, but she declines.

Who plays who in the Nomadland movie?

Here is the full cast and characters of "Nomadland" movie. Actors and actresses are sorted mostly in credits order.

When is Nomadland movie release date?

What are Nomadland filming details?

"Nomadland" movie is rated "R", according to the MPAA film rating system.

What are critics and audiences saying about Nomadland movie?

More information and reviews on "Nomadland" movie you can get on the following websites.

Nomadland on IMDB is available at:

Nomadland on Wikipedia is available at: