Is there a trailer for Spirit Untamed movie? 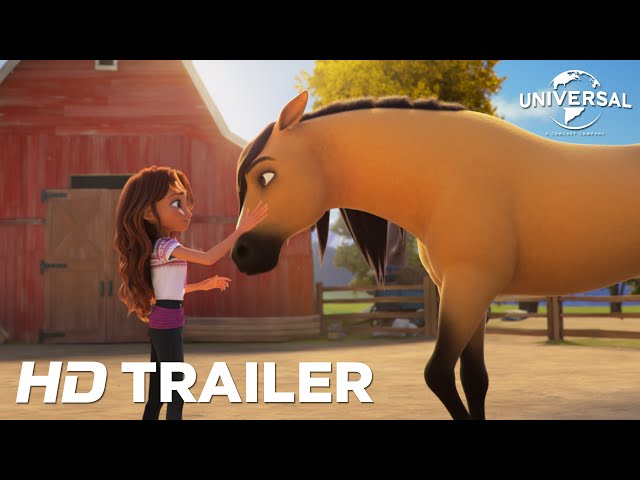 What is Spirit Untamed movie plot?

Lucky Prescott (Isabela Merced) was never aware that her late mother, Milagro Navarro (Eiza González), was a fearless horse-riding stunt performer who died in a performance accident from Miradero, a small rural town on the edge of the wide-open frontier. Like her mother, Lucky does not enjoy rules and restrictions, which has caused her Aunt Cora (Julianne Moore) to worry for her. Lucky had grown up in an East Coast city under Cora's watchful eye, but when Lucky presses her own luck with one too many risky escapades, Cora picks up stakes and moves them both back with Lucky's father, Jim (Jake Gyllenhaal), in Miradero. Lucky is decidedly unimpressed with the sleepy little town. However, she has a change of heart when she meets Spirit (Ralph DeSeve), a wild Mustang who shares her independent ideology, and befriends two local horseback riders, Abigail Stone (Mckenna Grace) and Pru Granger (Marsai Martin), who the latter's father, stable owner Al Granger (Andre Braugher), is the best friend of Lucky's father. When an evil horse wrangler and his team plan to capture Spirit and his herd and auction them off to a life of captivity and hard labor, Lucky enlists her new friends and bravely embarks on the adventure of a lifetime to rescue the horse who has given her freedom and a sense of purpose, and has helped Lucky discover a connection to her mother's legacy that she never expected.

Who plays who in the Spirit Untamed movie cast?

Here is the full cast and characters of "Spirit Untamed" movie. Actors and actresses are sorted mostly in credits order.

What are Spirit Untamed filming details?

"Spirit Untamed" movie is rated "PG", according to the MPAA film rating system.

What are critics and audiences saying about Spirit Untamed movie?

More information and reviews on "Spirit Untamed" movie you can get on the following websites.

Spirit Untamed on IMDB is available at:

Spirit Untamed on Wikipedia is available at: