Is there a trailer for Radioactive movie? 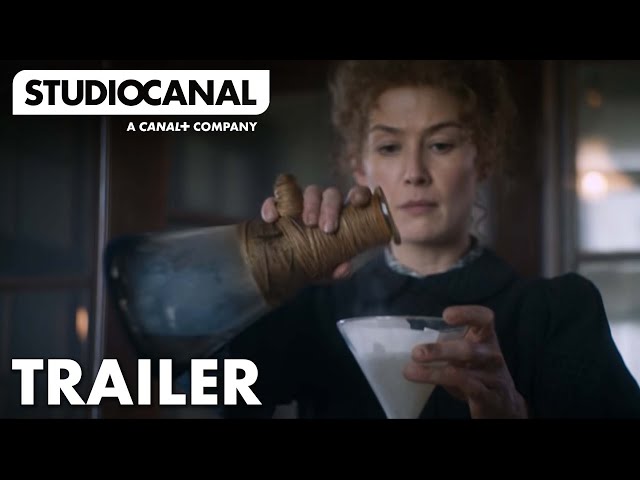 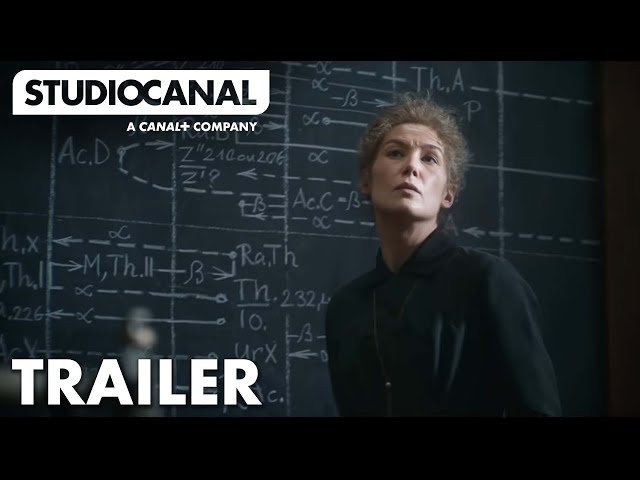 What is Radioactive movie plot?

Here is a short review of "Radioactive" movie plot summary.

In 1934, Marie Curie (Rosamund Pike) collapses in her laboratory in Paris. As she is rushed to the hospital, she remembers her life. In 1893 she was frequently rejected for funding due to her gender but entered a partnership with Pierre Curie (Sam Riley). After Marie discovered polonium and radium, the two fell in love, were married, and had two children. Soon, Marie announces the discovery of radioactivity, revolutionizing physics and chemistry. Radium is soon used in a series of commercial products. Pierre takes Marie to a seance where radium is used to attempt to contact the dead, but Marie disapproves of spiritualism and the idea of an afterlife after the death of her mother in Poland.
Although Pierre rejects the Légion d'honneur for not nominating Marie and insists that the two jointly share their Nobel Prize in Physics, Marie becomes agitated that he accepted the Prize in Stockholm without her. Soon afterwards Pierre becomes increasingly sick with anemia as a result of his research and is trampled to death by a horse. Although she initially dismisses concerns that her elements are toxic, increasing numbers of people die from serious health conditions after exposure to radium. Depressed, she begins an affair with her colleague Paul Langevin (Aneurin Barnard). Although she receives Pierre's professorship at the Sorbonne, the French nationalist press reports the details of her affair with Langevin and she is harassed by xenophobic mobs due to her Polish origins. She returns to the house where she attended the seance and tearfully begs a woman who was there to try to use radium to contact Pierre. When she receives a Nobel Prize in Chemistry in 1911, she defies the committee's instructions not to travel to Stockholm and is greeted enthusiastically.

Who plays who in the Radioactive movie cast?

Here is the full cast and characters of "Radioactive" movie. Actors and actresses are sorted mostly in credits order.

When is Radioactive movie release date?

What are Radioactive filming details?

The duration of the film is 109 minutes. The film grossed over $3.5 million.

"Radioactive" movie is rated "PG-13", according to the MPAA film rating system.

What are critics and audiences saying about Radioactive movie?

More information and reviews on "Radioactive" movie you can get on the following websites.

Radioactive on IMDB is available at:

Radioactive on Wikipedia is available at: