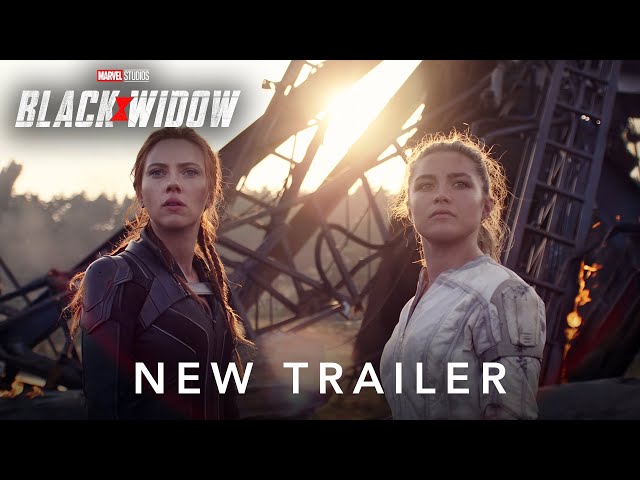 In 1995, super-soldier Alexei Shostakov (David Harbour) and Black Widow Melina Vostokoff (Rachel Weisz), Russian undercover agents, pose as a family in Ohio with their surrogate daughters Natasha Romanoff (Scarlett Johansson) and Yelena Belova (Florence Pugh). After finishing their mission to steal S.H.I.E.L.D. intel, they escape to Cuba and rendezvous with their boss, General Dreykov (Ray Winstone), who has Romanoff and Belova taken to the Red Room for training. Years pass, during which Shostakov is imprisoned in Russia while Romanoff defects to S.H.I.E.L.D. after bombing Dreykov's Budapest office, apparently killing him and his young daughter Antonia (Olga Kurylenko).
In 2016, Romanoff is a fugitive for violating the Sokovia Accords. She escapes from U.S. Secretary of State Thaddeus Ross (William Hurt) and flees to a safehouse in Norway supplied by Rick Mason (O-T Fagbenle). Meanwhile, Belova kills a rogue former Black Widow but comes in contact with a synthetic gas that neutralizes the Red Room's chemical mind-control agent. Belova sends antidote vials to Romanoff, hoping she will send the Avengers to free the other Widows. When Romanoff unknowingly drives off with the vials, Taskmaster attacks her seeking them. Romanoff manages to escape Taskmaster and realizes that they came from Belova. The two reunite in Budapest. Romanoff learns Dreykov is alive and the Red Room is still active. Shortly after, Black Widows attack them. Romanoff and Belova evade them and Taskmaster before meeting Mason, who supplies them with a helicopter.
Romanoff and Belova break Shostakov out of prison to learn Dreykov's location. He tells them to speak with Vostokoff, who lives on a farm outside Saint Petersburg, where she developed the chemical mind control process used on the Widows. There, Belova reveals that while they were not a real family, she believed they were so. Afterward, Vostokoff admits she sent their location to Dreykov. His agents arrive and take them to the Red Room, an aerial facility.

What are critics and audiences saying about Black Widow movie?

"Black Widow" movie got high rating from critics. IMDB rating is 6.9/10. Rotten Tomatoes rating is 81/100. Audiences polled by CinemaScore gave the film an average grade of "A-" on a scale ranging from A+ to F.