Here are "Boarding School" movie trailer, plot summary, full cast and characters, release date and everything we know so far.

Is there a trailer for Boarding School movie? 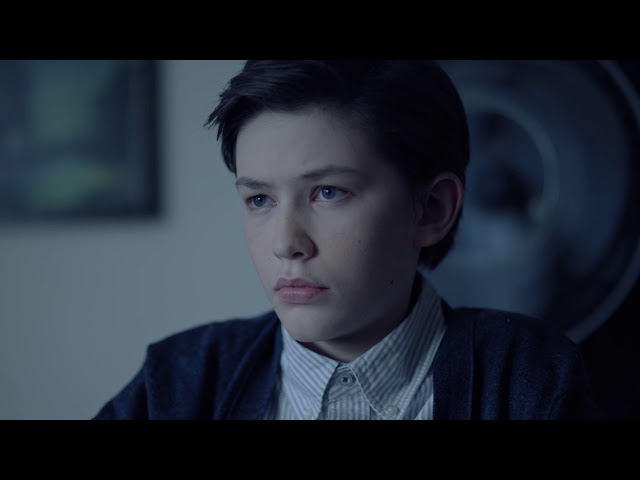 What is Boarding School movie plot?

Jacob (Luke Prael) Rathbone is a 12-year-old boy with a fear of the dark who lives with his stepfather, Davis and his mother, Isabel (Samantha Mathis), who is frustrated with her son's frequent night terrors. After being discovered dancing while dressed in his late grandmother's dress, Jacob is sent away to a boarding school in the wilderness governed by the eccentric Dr. and Mrs. Sherman (Tammy Blanchard). He meets his classmates: social outcasts like a disfigured burn survivor, Phil; Tourette's sufferer, Frederic; autistic Elwood Ramsay; and manipulative Christine Holcomb (Sterling Jerins). Their classes are administered under Dr. Sherman's strict regime that consists of a Bible Studies curriculum and corporal punishments.
Not long after, Frederic (Christopher Dylan White) is discovered dead half-naked in the bathroom in apparent suicide by hanging. Christine uses this opportunity to flee the school with Jacob, only to be caught and brought back. Dr. Sherman (Will Patton) reveals that Christine was sent there as a result of having murdered her older brother, Timothy, and driving her mother to commit suicide over the tragedy. Christine lures Jacob to her room, where she confesses to talking Frederic into trying out autoerotic asphyxiation and pushing him to death to divert everybody's attention so she could escape. She blackmails Jacob into dancing with her, during which she attempts to stab him with a pair of scissors but is overpowered by him. In a display of her masochistic tendencies, she professes her love for him and claims she wanted to provoke Jacob into beating her up.
Jacob later finds Elwood dead in bed. An argument between Dr. and Mrs. Sherman - whose real identity is Lynn Adams - reveals that it was she who had murdered Elwood, and that the children will all die that night. He finds the bodies of the real Dr. and Mrs. Sherman and Frederic stashed in the freezer in the basement. A conversation between Mrs. Ramsay (Lucy Walters) and Dr. Sherman suggests a prior arrangement where, being unable to cope with Elwood's condition, Mrs. Ramsay had sent him there to be killed off seemingly in an accident - a fate that awaits all the other children. Ms. Adams stabs Mrs. Ramsay to death; Dr. Sherman slits Ms. Adams' throat and kills the groundskeeper.

Who plays who in the Boarding School movie?

Here is the full cast and characters of "Boarding School" movie. Actors and actresses are sorted mostly in credits order.

What are Boarding School filming details?

"Boarding School" movie is rated "R", according to the MPAA film rating system.

What are critics and audiences saying about Boarding School movie?

"Boarding School" movie got average rating from critics. IMDB rating is 5.8/10. Rotten Tomatoes rating is 33/100. But the audience likes the film.

More information and reviews on "Boarding School" movie you can get on the following websites.

Boarding School on IMDB is available at:

Boarding School on Wikipedia is available at: